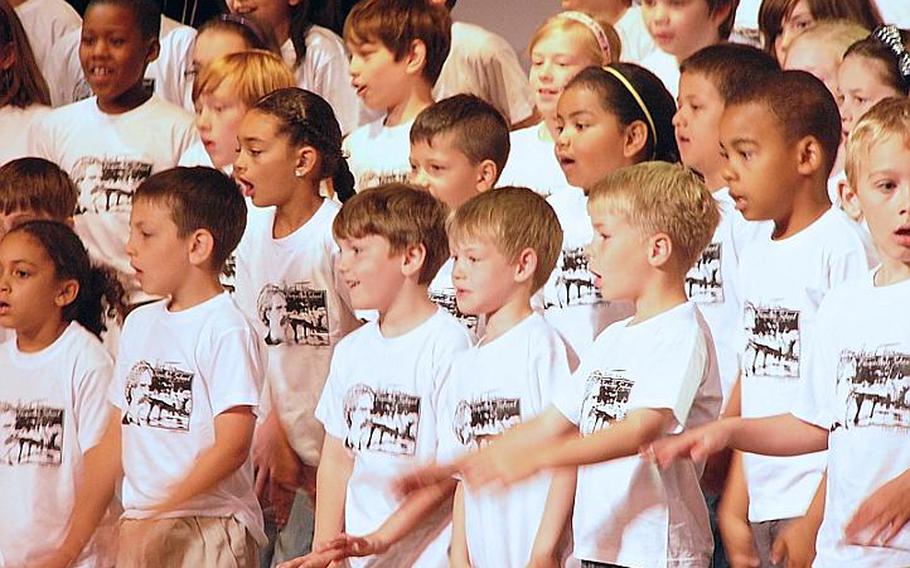 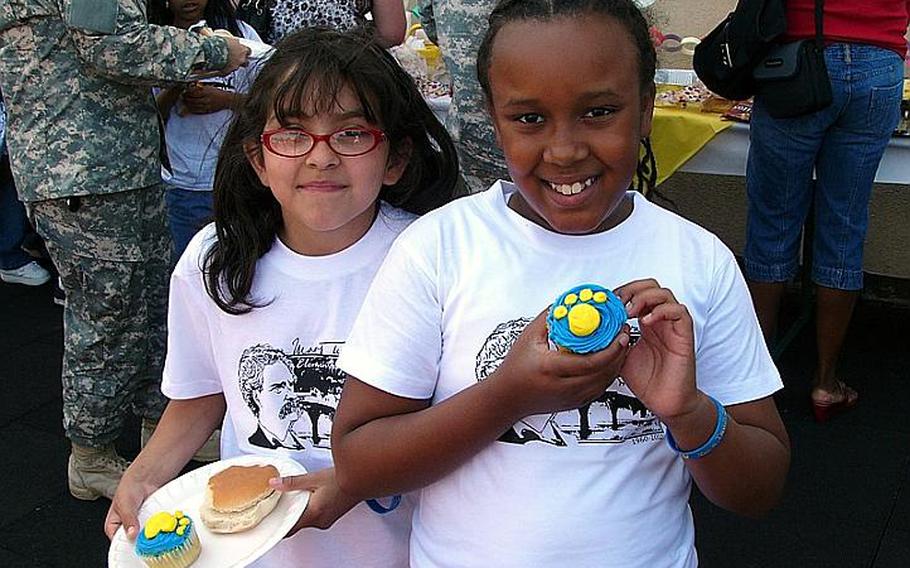 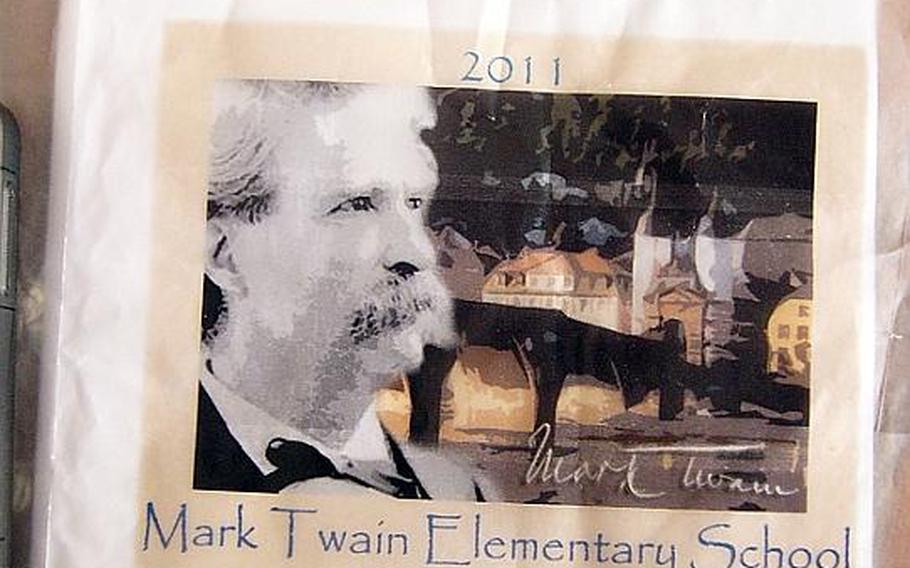 Buy Photo
The program for the official closing ceremony for Mark Twain Elementary School in Heidelberg, Germany, shows Twain's face and some of the city's historic buildings. The school is closing after 59 years. (Rusty Bryan/Stars and Stripes)

HEIDELBERG, Germany &mdash; The inevitable sadness over the final days of Mark Twain Elementary School after 59 years of service to the Heidelberg Military Community was well in the background during Friday&rsquo;s official closing ceremony.

&ldquo;Today was a glorious day,&rdquo; principal Dolly Crooks said after a ceremony that featured student and former staff memories, especially composed songs and speeches by dignitaries. &ldquo;It was a celebration of Mark Twain Elementary. It&rsquo;s the right way to end this chapter of history.&rdquo;

A dozen former teachers and staffers showed up to mark the closing with the school&rsquo;s 78 pupils and their families. Instead of funereal black crepe, the auditorium was festooned with balloons. The last classes ever to attend the school sang five upbeat songs, in German and English, composed or adapted by host-nation teacher Jenny Thouw, fourth-grade teacher and guitarist Daniel L&rsquo;Esperance and music teacher Ban Edwards.

Only in reminiscences did nostalgia come through. The former teachers and administrators took turns at the microphone recounting their fondest memories. Most senior among them was Rachel Gribble, who began her career at Mark Twain in 1955.

Former host-nation teacher Birgit Edinger captured the mood for most of the staff when she closed her recounting of how much the American presence meant to the local German community by saying, &ldquo;I&rsquo;m going to stop now, because I&rsquo;m going to cry.&rdquo;

Built as a part of the construction of Mark Twain Village, the school opened in 1952. At first, it shared the present Heidelberg High School building with the high-schoolers until an increasing student population led to the construction of its present building, which the high school will take over to accommodate an influx of students from soon-to-close Mannheim High School.

Summarizing the changing mission of the U.S. military in Europe during the years as the Cold War ended and the Balkan mission and wars in Iraq and Afghanistan began, Roehl said, &ldquo;Our schools, including Mark Twain, supported the soldiers who were defending the line in Europe. Our schools, including Mark Twain, nurtured the children of their families. As the old Army song has it, &lsquo;When we were needed, we were there.&rsquo; &rdquo;

Each of the school&rsquo;s pupils wore a Mark Twain Elementary T-shirt emblazoned with a picture of the author and the city&rsquo;s castle and old bridge. A family feeling and expressions of affection were everywhere during the ceremonies. ,

&ldquo;I love this school,&rdquo; former pupil Hannah Farmer, a seventh-grader who attended grades one through five at Mark Twain, said as she took part in the playground picnic after the ceremony.

Fourth-grader Da&rsquo;Zha Loney, 10, who&rsquo;ll be returning to the States this summer after three years at Mark Twain, recalled one of the activities she considers a high point in her time here.

&ldquo;The funnest thing was the Book Character Parade last year,&rdquo; she said of an event in which she won a prize. &ldquo;I was Cleopatra.&rdquo;

Her classmate, Seville Kress, 10, will remain in Heidelberg and attend Patrick Henry, which has an enrollment about 10 times that of Mark Twain. She knows that will be a new experience.