Puddle of Mudd performs for troops at Camp Speicher in Iraq 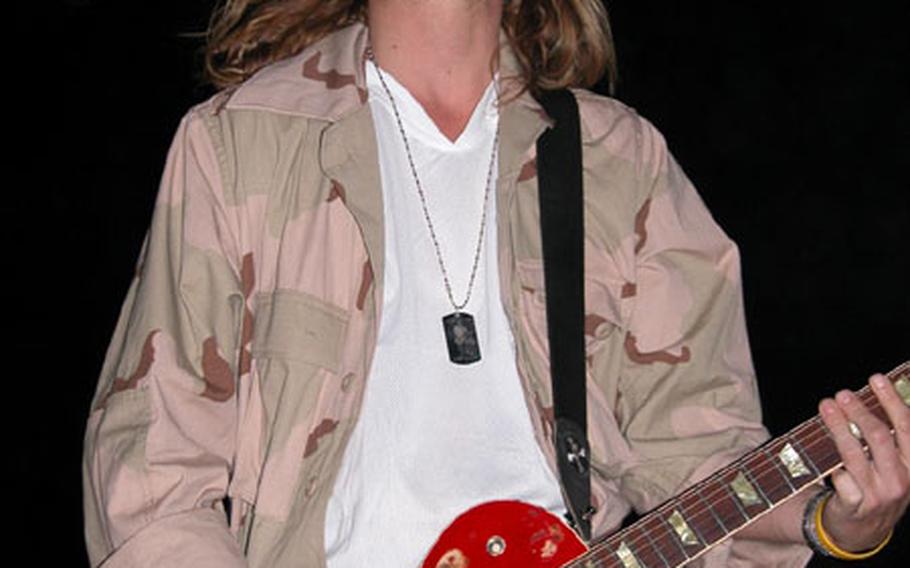 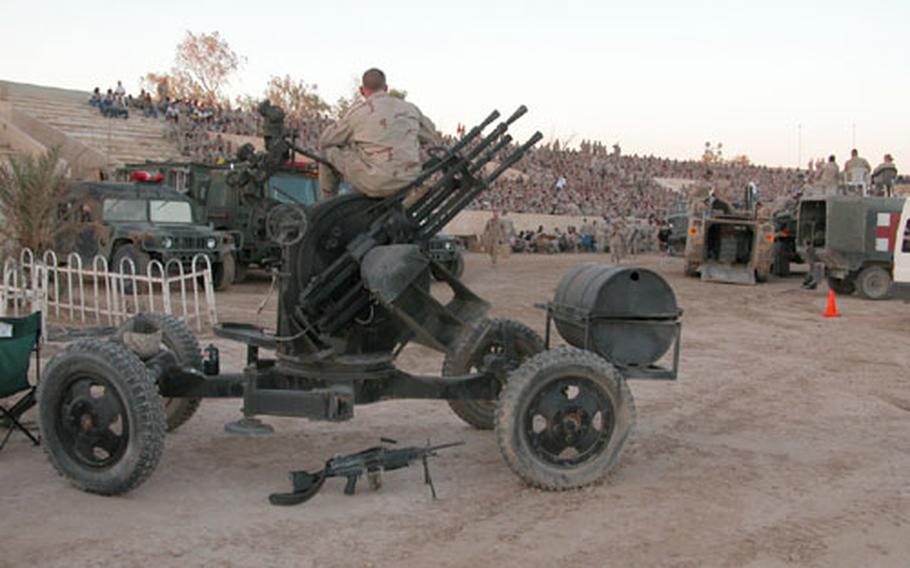 Soldiers took advantage of every possible perch to get a good view of Puddle of Mudd during its Sunday night concert at Camp Speicher. Pfc Christopher Henson, 25, from Little Rock, Ark., and Company A of the 1st Infantry Division’s 601st Aviation Support Battalion claimed this seat. (Lisa Burgess / S&S) 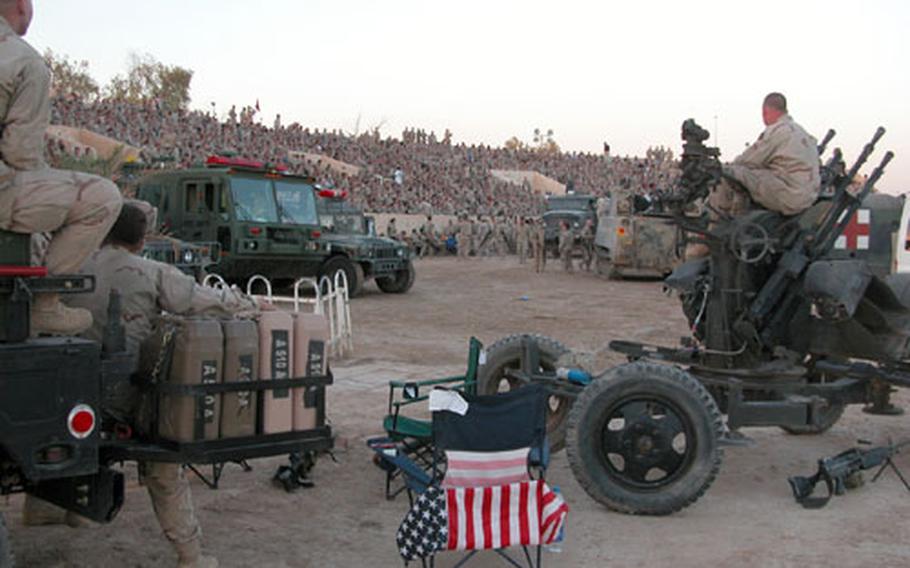 A crowd of 1,200 to 1,500 troops turned out to see Puddle of Mudd and the bands that preceded it Sunday night, according to event coordinator Sgt. 1st Class Shane Podraza. (Lisa Burgess / S&S)

CAMP SPEICHER, Iraq &#8212; Amid Iraq&#8217;s scorching, dry desert, fans of rock music were knee-deep in a Puddle of Mudd on Sunday night as the alternative rock group performed for troops at Camp Speicher.

At least 1,500 troops attended the concert, according to event coordinator Sgt. 1st Class Shane Podraza, liaison officer to the mayor&#8217;s cell at the camp. The show included a rousing opening session by the 1st Infantry Division&#8217;s own rock band.

Puddle of Mudd had played in Baumholder, Germany, on Friday as part of welcome home ceremonies for the 1st Armored Division before flying into Iraq for the Speicher concert and a meet-and-greet with Task Force Danger soldiers Monday.

The band went to Iraq when few big-name performers dare to venture into the active combat zone.

&#8220;These are our buddies,&#8221; he said of the soldiers who were eagerly waiting to meet him Monday. &#8220;They are from the same towns we grew up in. They take risks with their lives; I figured we could take a risk, too.

Besides, Scantlin added between signing autographs, &#8220;It&#8217;s something that most people in their lives will never be able to do.&#8221;

In addition to Scantlin and Ardito, Puddle of Mudd, which released its debut album in 2001, includes Paul Phillips on guitar and Greg Upchurch on drums.

There have been five concerts at Speicher&#8217;s stadium this summer, but Puddle of Mudd, whose trip was sponsored by Morale, Welfare and Recreation, AKA Productions, of Upland, Calif.; and Armed Forces Entertainment, &#8220;is by far the largest marquee name we&#8217;ve had,&#8221; said Podraza, 40, of Lincoln, Neb.

Spc. Braxton Cope, 43, of Mulberry Grove, Ill., said he could think of little else since he heard the band was coming to play.

The group will play one more concert for soldiers, in Friedburg, Germany, on Wednesday before returning to the United States.