Protesters to call for handover of two U.S. troops 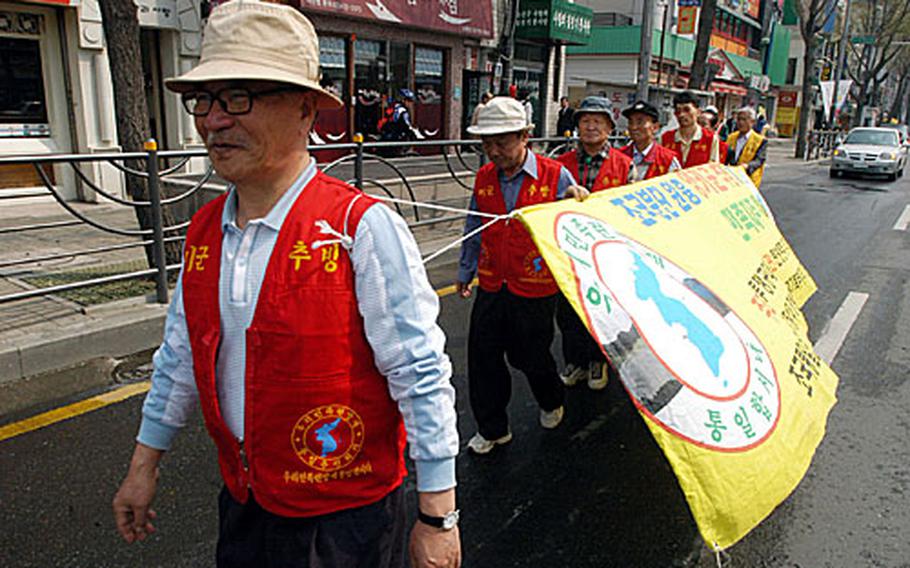 CAMP RED CLOUD, South Korea &#8212; Between 100 and 200 protesters are expected to gather outside Camp Red Cloud&#8217;s main gate Saturday to ask for the handover of two soldiers accused of sexually assaulting an off-duty female police officer in Seoul.

Area I officials are advising all Defense Department personnel to avoid the gate, which is scheduled to temporarily close at 12:30 p.m.

The protest is scheduled to last from 1 p.m. to 4 p.m, Uijeongbu police said Wednesday.

Under the Status of Forces Agreement, servicemembers arrested by South Korean police are turned over to U.S. Forces Korea officials after their arrest.

The law allows USFK to return jurisdiction to South Korea when servicemembers are charged with murder, rape or other serious crimes.

The two soldiers, members of the 19th Sustainment Command (Expeditionary) at Camp Stanley, allegedly attacked the woman in a coed bathroom in the Chungdamdong district of Gangnam, Seoul.

South Korean police say the woman was beaten and dragged to the floor while exiting a bathroom stall April 5 at about 9:20 p.m. A 23-year-old sergeant then attempted to rape her after a private, 21, locked the door. The woman fought her attacker, and her screams alerted a nearby business owner who had the building&#8217;s guard unlock the door, police said.

The soldiers fled to an apartment complex about 100 yards away, where South Korean police quickly apprehended them.

The two soldiers maintain they had nothing to do with the attack, defense lawyer Jin Hyo-guen said last week.