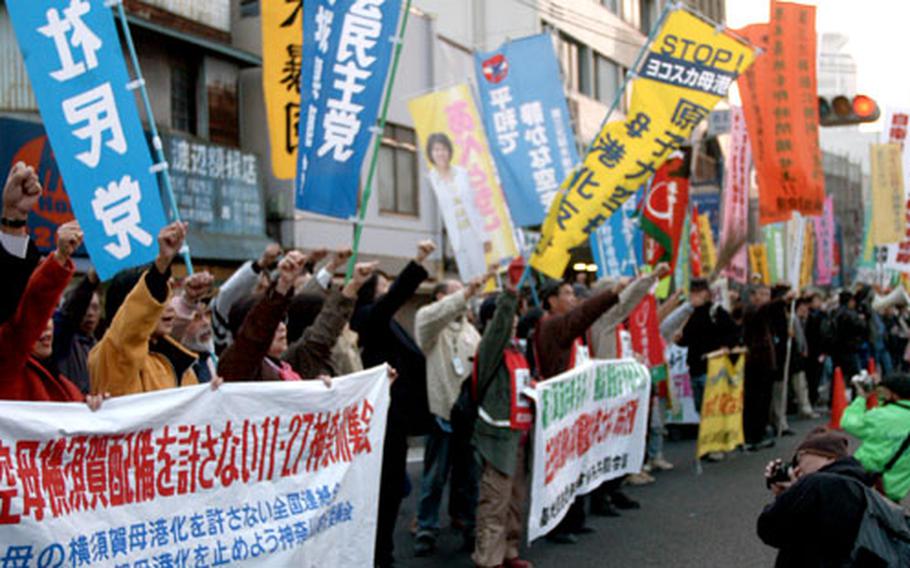 Protesters stop outside the main gate of Yokosuka Naval Base, Japan, on Sunday and chant their opposition to a number of recently announced U.S. military plans. Some 2,000 protesters marched from Yokosuka’s Daiei Mall to Yokosuka Chuo station. (Allison Batdorff / S&S)

Protesters stop outside the main gate of Yokosuka Naval Base, Japan, on Sunday and chant their opposition to a number of recently announced U.S. military plans. Some 2,000 protesters marched from Yokosuka’s Daiei Mall to Yokosuka Chuo station. (Allison Batdorff / S&S) 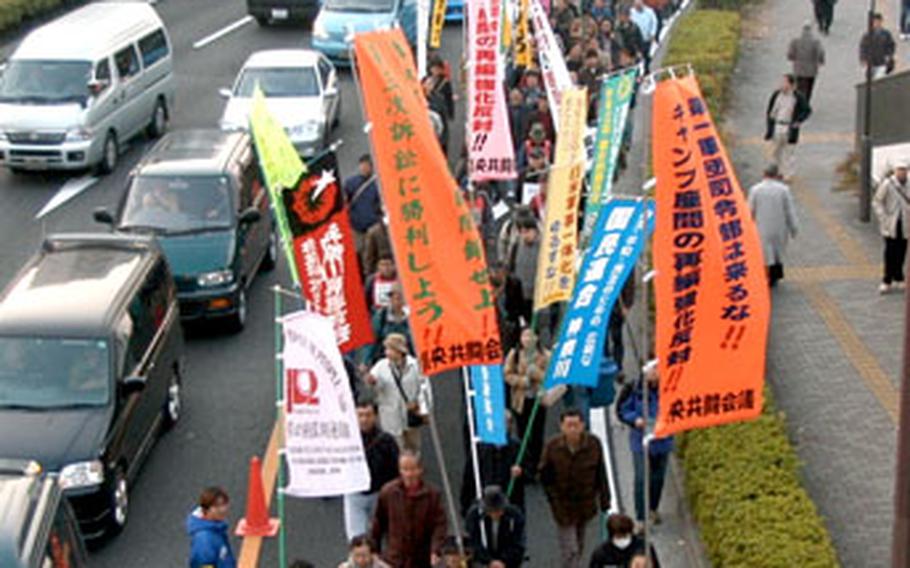 Protesters march along Route 16 in front of Yokosuka Naval Base. (Allison Batdorff / S&S) 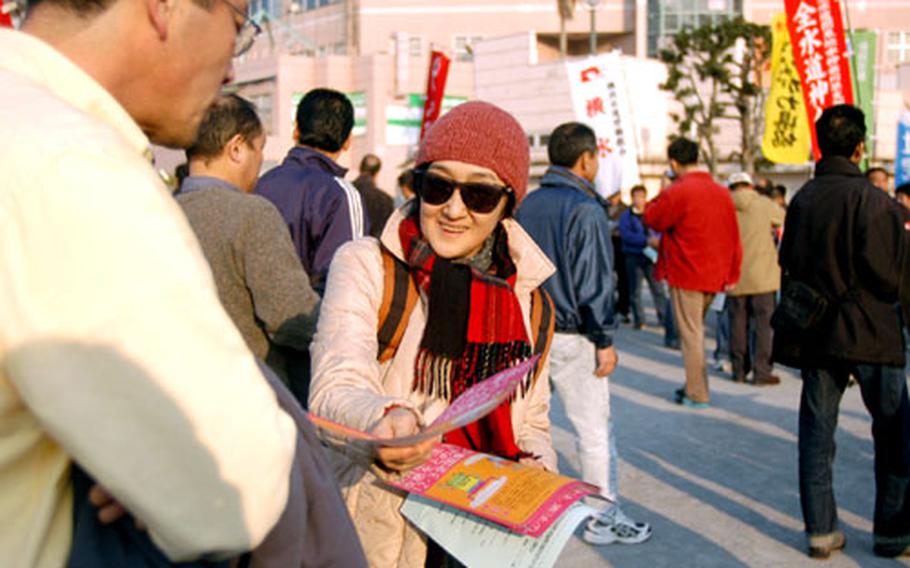 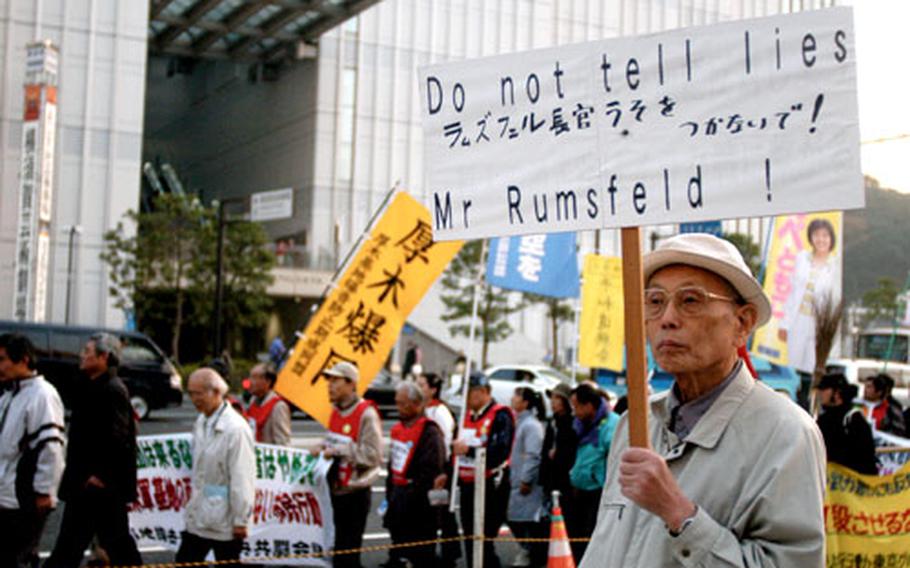 Protesters carry signs during their demonstration on Sunday against the scheduled arrival of a nuclear-powered aircraft carrier and a relocation of troops to Camp Zama. (Allison Batdorff / S&S)

The primary concern was the U.S. Navy&#8217;s plan to include a nuclear-powered aircraft carrier as part of the forward-deployed forces at Yokosuka Naval Base. The USS Kitty Hawk is scheduled for decommissioning in 2008 and will be replaced by a Nimitz-class, nuclear-powered ship.

Recent announcements on the partial relocation of the air wing from Naval Air Facility Atsugi to Marine Corps Air Station Iwakuni, the Kitty Hawk replacement and persistent rumors of an increased military presence in Camp Zama formed the basis of the remarks.

Several Americans watched the protest from the sidelines.

Seaman Andrew Hale has seen Yokosuka protests before and doesn&#8217;t appreciate them.

Former Navy Lt. Susan Murphy was concerned that some of the protesters seemed misinformed, but she wasn&#8217;t bothered by their presence.

People are expressing their concern in written form, said Masahiko Goto, leader of the Citizens Coalition Concerning Home-Porting of a Nuclear-Powered Carrier to Yokosuka Naval Base.

The citizen&#8217;s group collected 350,000 signatures since spring 2004 on a petition opposing a nuclear-powered carrier. The group plans to present it to the Kanagawa governor Wednesday and take their worries to Washington in December.

Daisuke Horiuchi wants the U.S. military to leave Japan once and for all.

A member of the Citizens Movement for Declaration of Denuclearization, Yokosuka, and a band called Yorozu Peace Band, Horiuchi has protested against U.S. bases for more than 15 years, he said. The band plays during their monthly protest because they are &#8220;tired of chanting.&#8221;