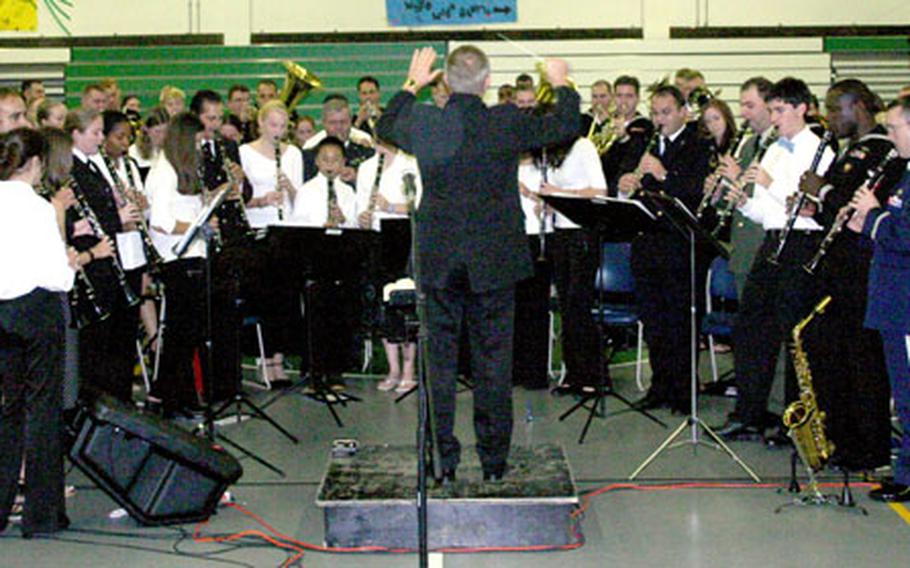 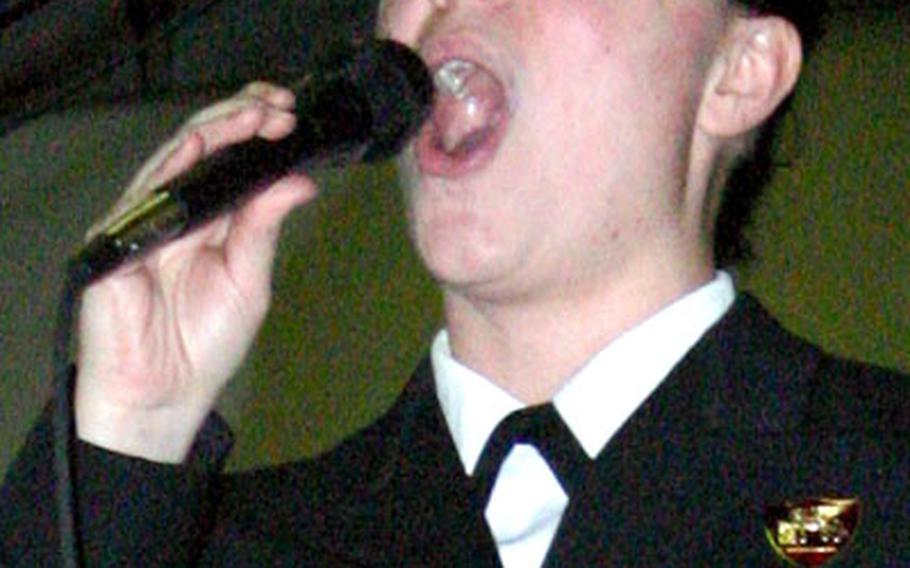 But for the past month, the piccolo performer practiced and practiced for a much-anticipated concert where she would share the spotlight with three more experienced performers during a rendition of John Philip Sousa&#8217;s &#8220;The Stars and Stripes Forever.&#8221;

&#8220;I was really nervous,&#8221; said the Naples High School advanced band student after her performance. &#8220;I was the only student. They are professionals. But playing with military band members was very exciting, and I think I did pretty well. I do well under pressure.&#8221;

On Thursday night, the Naples community was treated to a nearly two-hour concert featuring members of the U.S. Navy&#8217;s 6th Fleet Band, the Allied Forces Band Naples, and students from the high school&#8217;s advanced band.

And the students were eager to learn tips of the trade, said Marine Corps Sgt. Stacie Crowther, a flutist and piccolo player with the Allied Forces Band.

For all the talk of learning from those more experienced, however, Thursday evening&#8217;s performance boiled down to one word for students Blair Ross and Zarah Younossi, both 17-year-old seniors: fun.