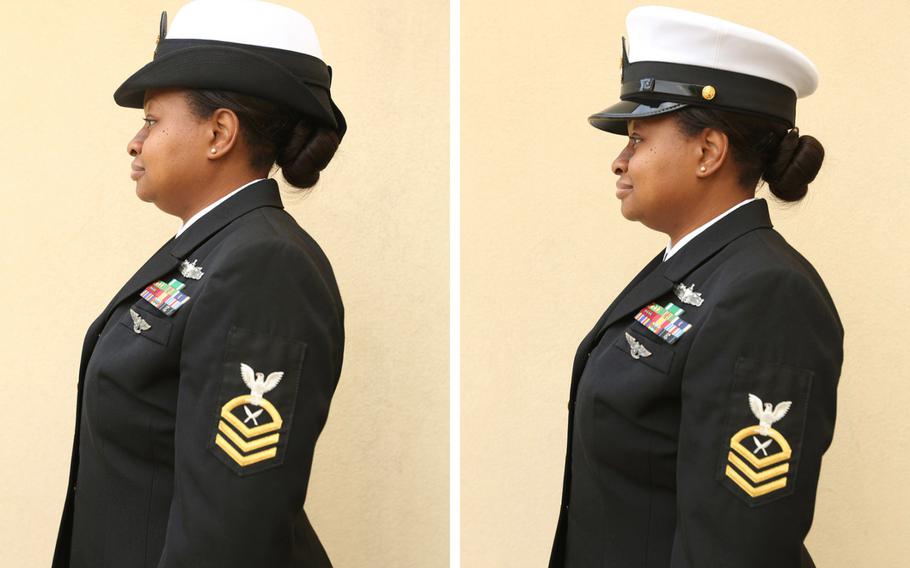 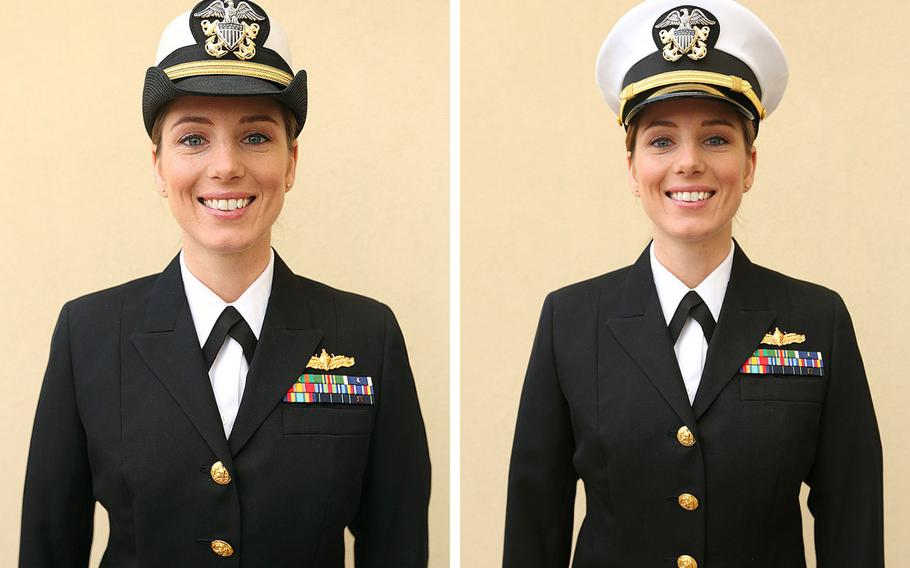 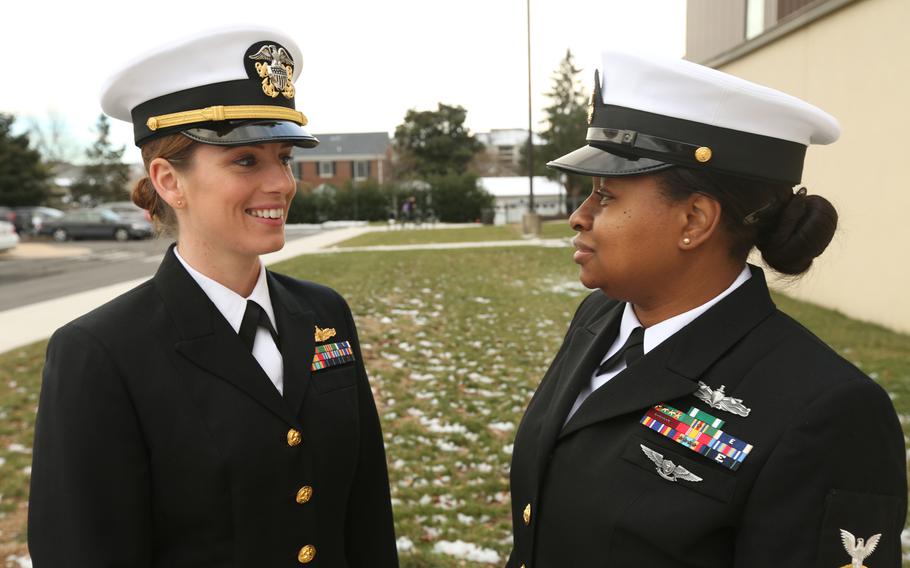 SASEBO NAVAL BASE, Japan — A proposal approved by Navy Secretary Ray Mabus will bring the dress blues worn by some enlisted women a lot closer to those worn by men.

The plans announced by Mabus are to redesign the service dress blue uniform for enlisted female sailors from seaman recruit through petty officer first class and the combination covers worn by female chief petty officers and above, according to a Navy statement.

A new female jumper and dixie cup, “tailored for female form and functionality,” will match the recently redesigned — though not yet issued — male jumper, which closely resembles the “Lone Sailor,” statue at the Navy Memorial in Washington, the statement said.

The combination cover will more closely resemble the male version, but will be made with a woman’s head size and proportions in mind.

“These changes ensure greater uniformity in our service and ceremonial dress, but more importantly, they send a clear signal that we are one in dress, one in standard and one in team,” Mabus was quoted as saying in the statement. “As you look out across a group of Sailors, you ought to see, not female and male Sailors, but Sailors.”

The proposed redesign was made by chief of naval personnel Vice Adm. Bill Moran, and aided by an internal May 2013 uniform survey in which more than 1,000 female sailors were asked to weigh their satisfaction in wearing the male combination cover, dixie cup and winter jumper style uniform, the statement said.

“Loud and clear we heard their feedback — ‘don’t simply put us in men’s uniforms,’” Moran was quoted as saying in the statement. “We are taking the needed time to develop and test uniforms that more closely resemble their male shipmates, but are designed to fit female sailors.”

The new uniforms will be evaluated for fit, comfort and durability before they, along with the new male service dress blues, are rolled out to the fleet. Efforts regarding the female redesign are scheduled to begin no later than May.

Navy officials said this week that it was too early to put a cost estimate on the proposal but said that cost savings were a possibility over time.

“The final introduction timeline and cost — both in terms of cost to the Navy and unit cost of the uniform items — will be determined after the fit tests are complete and final designs are settled on,” chief of naval personnel spokesman Lt. Cmdr. Chris Servello told Stars and Stripes. “Given that new uniform items are, in many cases, expected to be less expensive than the current uniform items — the cost to the Navy to implement these changes should be minimal. And depending on the overall timeline, there may even be a chance for cost savings over time.”

The uniform changes come at a time when Congress has exhibited little patience for expensive forays into military fashion. The House Armed Services Committee passed a bill in June that sought to reduce the number of camouflage patterns used by the different branches of service. Army efforts to produce a new camouflage pattern stalled in November after three years and $2.9 million failed to produce a viable new pattern.

In October, a story swept the Internet that President Barack Obama was trying to force Marines to wear a “girly” cover. The story was untrue; the men’s dress and service cap is to be adopted for all Marines.