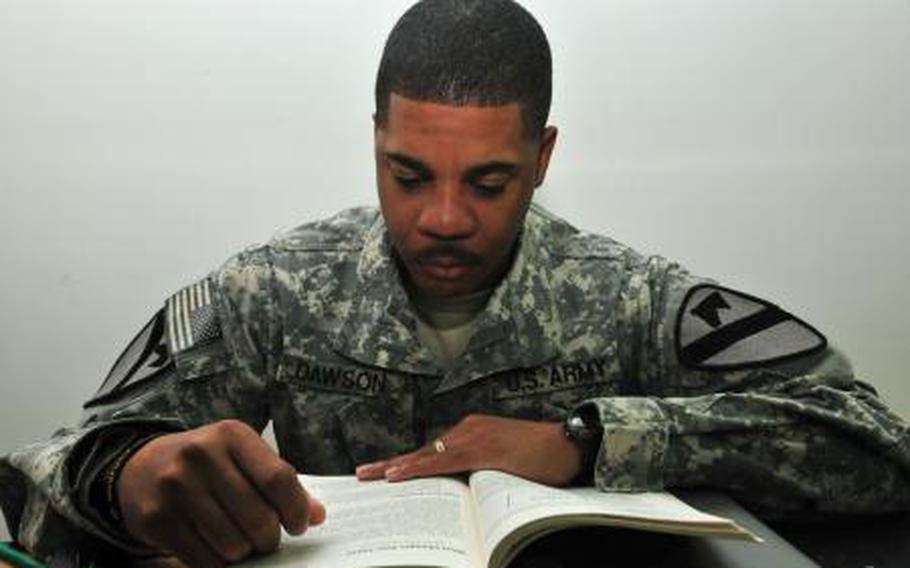 Lawmakers and veterans groups are again pushing for improvements to the post-9/11 GI Bill, a 3-year-old benefit that was itself a dramatic update to the traditional post-military education offerings.

The benefit allows any veteran with at least three years' service since late 2001 to complete a four-year degree program at state public colleges free of charge. It also includes a monthly living stipend and provisions to transfer unused education funds to veterans' spouses or children.

Department of Veterans Affairs officials said more than 720,000 veterans and dependants have used the program to attend college over the last three years, at a cost of more than $18 billion. Roughly 590,000 post-9/11 GI Bill students are expected to be in university classrooms this fall.

Unlike past years, where the benefit changes have mainly focused on adjustments to the payout rates and rules, this summer's proposals focus on providing better resources to veterans before classes start.

Veterans advocates have lobbied for more pre-college counseling for veterans to inform them of schooling options and post-graduation job prospects. A measure by Sen. Frank Lautenberg, D-N.J, would require the VA to provide vocational counseling to any college-bound vet before they enroll, unless they opt out. Such counseling is currently available but few veterans have taken advantage of it.

But officials advocates said the counseling is critical to help students make better decisions about where to attend school, especially in light of strong marketing pushes from for-profit colleges that can cost veterans thousands of dollars in tuition costs beyond what is offered by the GI Bill.

Other measures would establish a central clearinghouse for benefits complaints or abuses, provide more information on eligible programs and schools, and tighten controls over what courses can qualify for the veterans education benefit.

House lawmakers have proposed similar measures, but it's unlikely any will be passed before the November elections.

Senate Veterans Affairs Committee chairwoman Patty Murray, D-Wash., said she hopes a larger GI Bill overhaul package, including some of these initiatives, can be put together later this year, but lawmakers from both parties have been pessimistic about the possibility of any legislative action before the November elections.