A drone pilot operates an MQ-1 Predator during a training mission at Creech Air Force Base in Nevada. (Nadine Y. Barclay/U.S. Air Force)

A drone pilot operates an MQ-1 Predator during a training mission at Creech Air Force Base in Nevada. (Nadine Y. Barclay/U.S. Air Force) 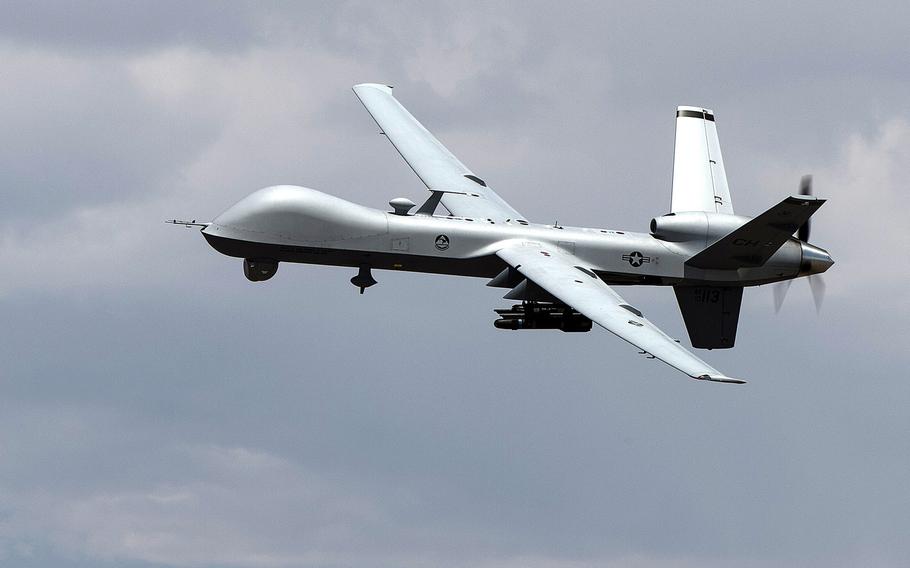 STUTTGART, Germany — Air Force fighter pilots continue to be promoted at higher rates than their counterparts who control drones, but the gap is closing as the demand for remotely piloted aircraft increases, a government watchdog said in a new report.

Five years ago, the Air Force was struggling to recruit and retain pilots of unmanned aircraft, but various reforms now mean that in most cases officers of different ranks are advancing at rates similar to pilots of fighters, bombers and mobility aircraft, the Government Accountability Office said Thursday.

In the past, promotions for pilots of unmanned aircraft lagged behind, according to the GAO’s data. But this is now changing.

“The Air Force continues to expand the use of RPAs (remotely piloted aircraft) in its varied missions of intelligence gathering, surveillance and reconnaissance, and combat operations,” the GAO said. “While the overall number of eligible RPA pilots is much smaller compared to other pilots, over the last 5 years RPA pilots have achieved promotions and nominations to attend developmental education programs at rates that were generally similar in comparison to pilots in other career fields.”

In the case of Air Force majors who fly remotely piloted aircraft, 75 percent in 2017 were promoted to lieutenant colonel compared to 83 percent of fighter pilots, 78 percent for bombers and 72 percent for mobility pilots. When it comes to captains being promoted to majors, drone pilots run even with their fighter and bomber flying counterparts at a rate of 94 percent and ahead of mobility pilots.

However, one area where they still lag behind is when it comes to getting promoted to colonel. In 2016, just 20 percent eligible unmanned pilots were promoted to colonel compared to 62 percent of bomber pilots, 63 percent of fighter pilots and 52 percent for mobility pilots, the GAO said. But it warned that those promotion rates “should be considered cautiously” because of the small pool of eligible unmanned pilots.

”The promotion of one or two officers could have a large effect on the promotion rate due to the small number of eligible RPA pilots,” the report said.

Meanwhile, the Air Force promoted enlisted RPA sensor operators at a rate generally similar to the rates of all enlisted servicemembers, it said. Enlisted personnel control the aircraft’s sensors that record video and gather intelligence information.

The Air Force uses its fleet of drones to conduct surveillance and reconnaissance missions and launch attacks. The typical aircrews consist of two people — a pilot and a sensor operator. In most cases, the pilot is an officer with aviation expertise.

Until 2010, the Air Force relied solely on manned aircraft pilots to fly unmanned aircraft. But that changed as demand soared and an RPA pilot career field for officers was put in place. The demand for RPA pilots rose by 76 percent between 2013 to 2018, going from 1,366 to 2,404.

An area where the Air Force still needs to improve is in how it assigns pilots — both manned and unmanned — to non-operational jobs that require aviator experience, the GAO said.

More oversight could yield more efficiency and may “ensure that the proper type of aviator expertise needed in these positions is up to date,” it said.

“In turn, this could result in a more efficient use of the Air Force’s short supply of expensive pilot resources, particularly fighter pilots, and could potentially improve its ability to assign and develop effective leaders, such as those within the growing RPA career field,” the report said.