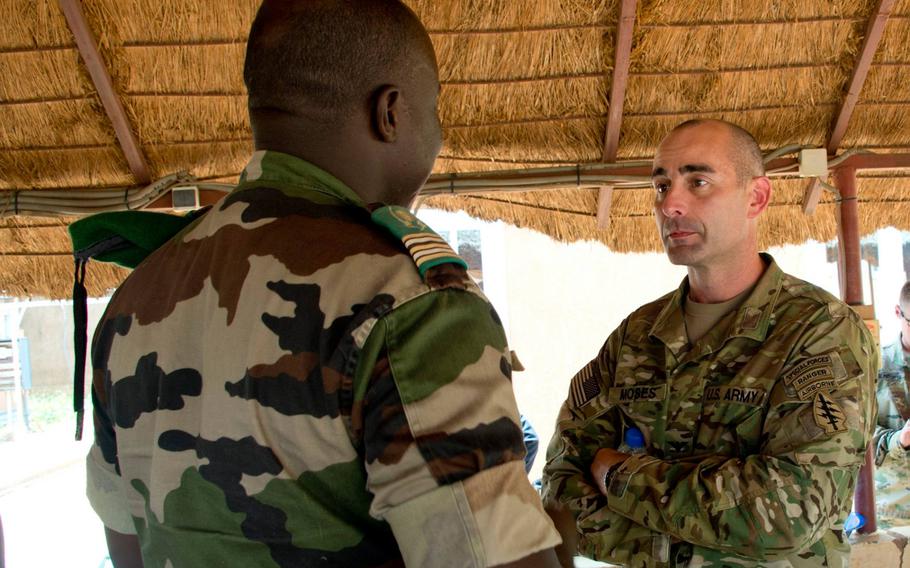 The promotion of a Special Forces colonel who approved a 2017 mission in Niger in which four U.S. troops died has been canceled, according to a news report.

Col. Bradley D. Moses was in charge of the Third Special Forces Group in October 2017 when his troops were ambushed while on an operation in a remote part of Niger.

An Army spokeswoman declined to confirm the report and said the service does not comment on nominations being considered by the Senate.

The ambush in Niger killed Staff Sgt. Bryan C. Black, Staff Sgt. Dustin Wright, Sgt. La David T. Johnson and Sgt. 1st Class Jeremiah W. Johnson. The firefight was the subject of a lengthy military investigation, which found that the small unit was ill-equipped when it came under attack from a much larger force of Islamic militants.

Several U.S. officers were reprimanded for their roles in the planning and approval of the mission as well as oversight of forces in the region. Among them was the two-star general in charge of Special Operations Command Africa at the time.

Moses was nominated earlier in the year to become a one-star general, but in March his name was temporarily removed at the request of some lawmakers, the Times reported. That removal became permanent following the Army’s action Friday, the newspaper reported.