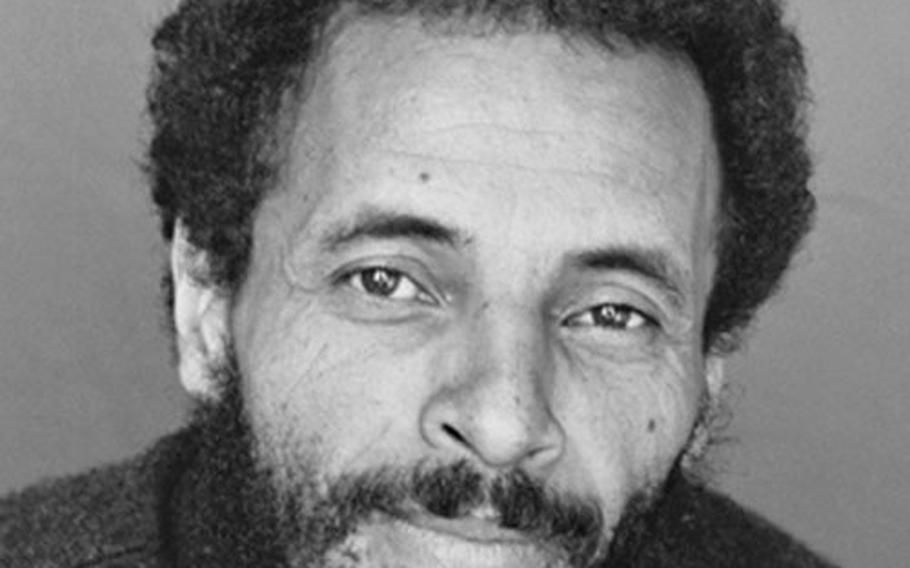 San Francisco photographer Samuel Wooten was born in Normandy and plans to make a documentary about the return of black veterans to the D-Day site 60 years later. (Courtesy of Samuel Wooten)

Growing up in Normandy, France, Samuel Wooten would dress up as a soldier every June 6 &#8212; the anniversary of D-Day.

Now Wooten, the son of a U.S. soldier and a French woman, lives in San Francisco and works as a photographer specializing in North Africa and Asia. A couple of years ago he came across an old photo of himself in that Army uniform and a thought struck him: Just about the only image of a black soldier linked to D-Day he had ever seen was that one of him pretending.

In November, Wooten decided to shoot a photo documentary, then a film, chronicling the return of black veterans to the beach they stormed 60 years earlier. Six to eight such vets have agreed to be part of the project.

Wooten is searching for more. He hopes to show the documentary on public television or the History Channel.

Survivors from the 29th Infantry Division have offered the men seats on their anniversary flight. But Wooten is still trying to drum up the $20,000 he estimates he&#8217;ll need for the shoot; otherwise, he faces paying for the project himself.

Wooten wanted to know how the men were treated by white soldiers and by the French. He also asked how the local women responded to these strangers from across the sea.

One even extended his time with the Army in France so he wouldn&#8217;t have to return to the United States.

The men also told him they were frustrated by the film images that represent the era but fail to show any soldiers who look like them. Take the popular film &#8220;Saving Private Ryan.&#8221;

William King, a professor of ethnic studies at the University of Colorado at Boulder, said the lack of black troops portrayed in popular culture and history is not new.

&#8220;Black troops from the French and Indian wars forward have been invisible soldiers,&#8221; King said.

&#8220;Clearly, there is a paradoxical quality to defining black people as inferior, as lacking courage, and then being forced by the press of events to call them to arms in defense of a country that would rather they were somewhere else to save your bacon because of inadequate planning. &#8230;&#8221;

Wooten said black veterans were certainly at Normandy; the former GIs with whom he spoke said blacks staffed the maintenance crews during the landing.

According to the Army, the invasion of Normandy required nearly 5,000 ships to first bombard the coast to blow up minefields, then to land about 100,000 troops. It returned Allied boots to northern Europe after the Nazis had forced the British from France in 1940.

Surely, as Wooten learned, many of those soldiers were black. And they want history and popular culture to reflect that.