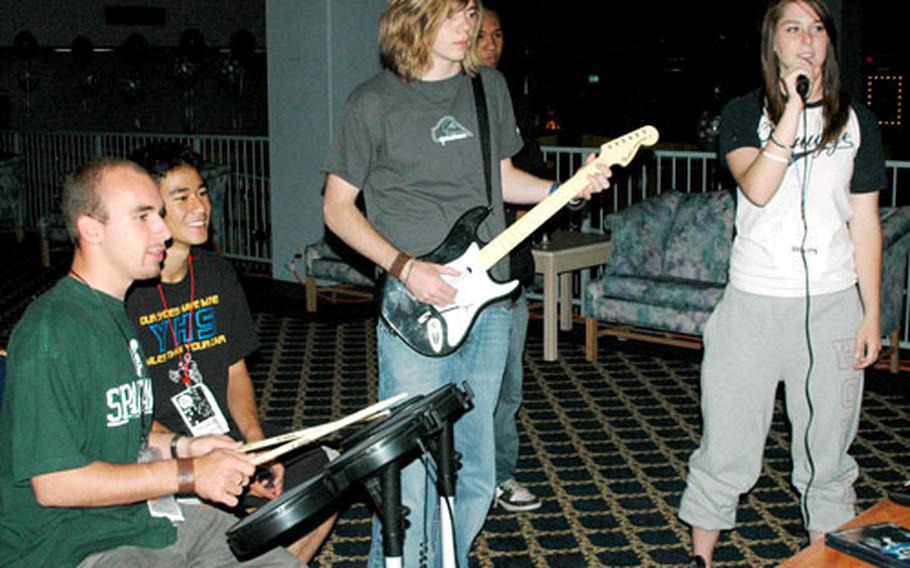 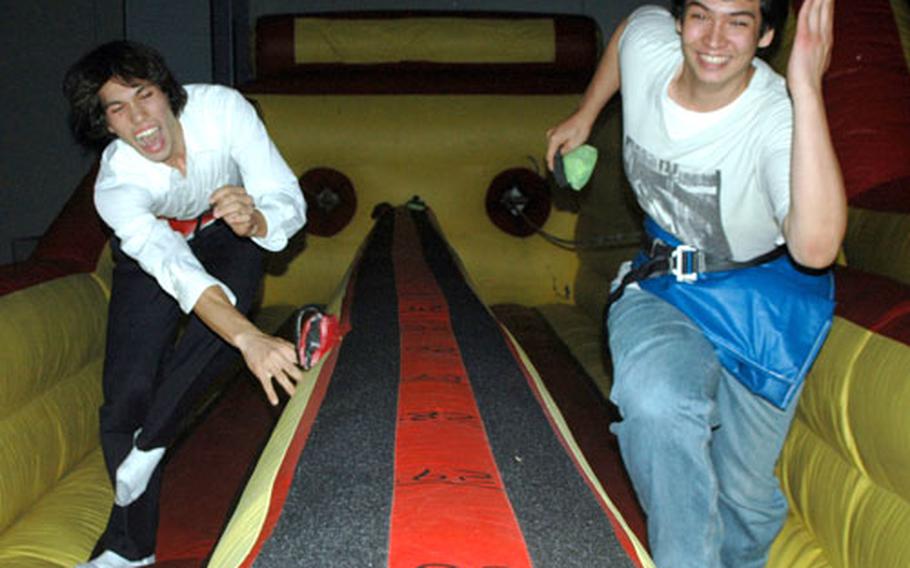 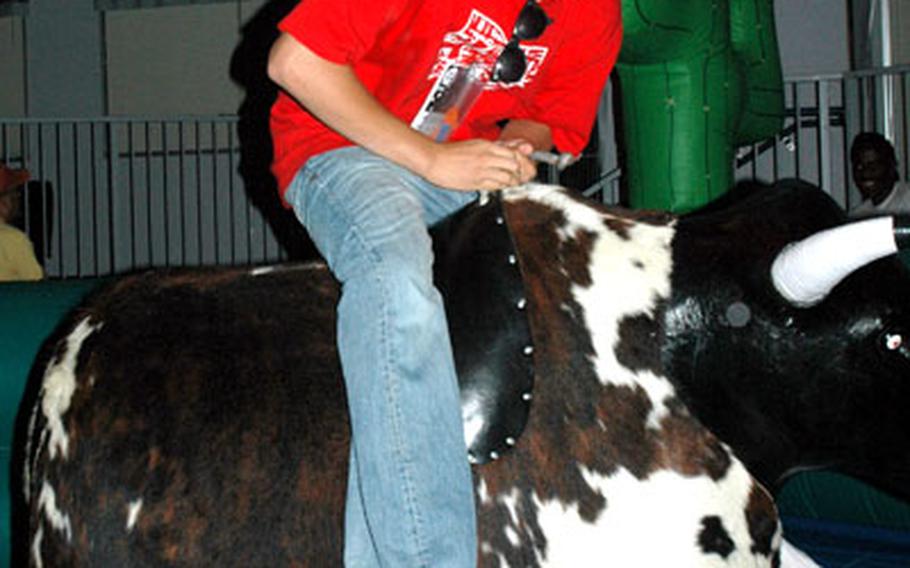 YOKOTA AIR BASE, Japan &#8212; Barely two hours after crossing the stage, the newly graduated Yokota High School Class of 2008 ditched caps and gowns and headed off to party.

Even though the graduates didn&#8217;t come home until the following morning, their parents slept soundly Wednesday night, knowing their children were staying safe on base under the watchful eye of Project Graduation volunteers.

Now in its third year at Yokota, Project Graduation is one of many programs across the Pacific designed to provide graduating seniors a safe and substance-free environment in which to celebrate their achievement.

All but six of Yokota&#8217;s new graduates partied the night away in the Taiyo Community Center, bouncing among the numerous games and activities on hand.

"I think it&#8217;s spectacular, it gives us an opportunity to have fun after graduation," said graduate Erica McInnis. "I honestly wasn&#8217;t expecting there to be this much for us to do."

For each event the graduates participated in, whether it be karaoke, video games, bull riding or sumo wrestling, they earned tickets they could later exchange for prizes.

More than $15,000 in prizes were up for grabs, said Col. Dan Rogers, president of Project Graduation and the father of one of the graduates.

"Tonight&#8217;s all about fun, safe fun," he said, adding that it was the second year he has participated in the program.

Planning for the party began about six months ago, with more than 140 volunteers taking part, he said.

Some of the volunteers came as individuals, while on-base organizations such as the Sons of Hawaii and the Computer Users Group of Yokota have been sending volunteers for the past several years, Rogers said.

"It&#8217;s all about the high school kids," said Senior Airman Elisha Timoteo, a Sons of Hawaii member who has taken part in Project Graduation for the past two years.

As in years past, the Sons of Hawaii ran several team activities throughout the evening, cheering and yelling encouragement to the graduates.

"I didn&#8217;t have anything like this when I was in school," said Senior Airman Tyler Stocks, another Sons of Hawaii volunteer. "It really shows the kids that people care about them."

After nearly five hours of partying at the Taiyo, the graduates headed over to the base&#8217;s Tomodachi Lanes for a few frames of bowling before grabbing breakfast at the Enlisted Club.