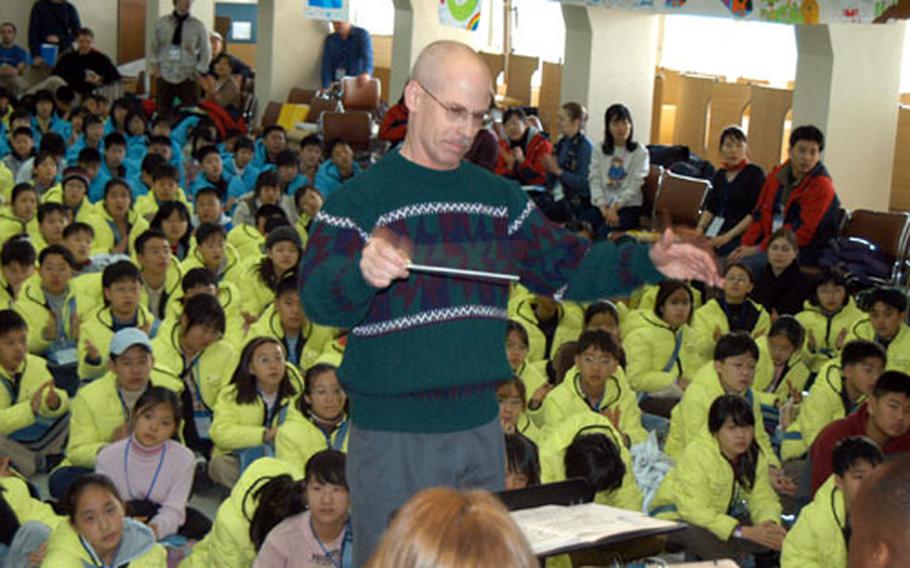 The programs, which will run throughout the year, kicked off Friday when 2nd ID band soldiers were invited to Everland, an amusement park south of Seoul, to play for children attending the 2004 Gyeonggi Winter English Camp.

And there are more activities to come that will link soldiers with the local community, said Se-Jong &#8220;Daniel&#8221; Lee, assistant director in charge of civil-military relations for the Gyeonggi Provincial Government. The province is planning safety, cultural, good-neighbor and health programs during the year, he said.

&#8220;Many of the roads which U.S. army vehicles and equipment use are narrow, so U.S. warriors feel uncomfortable when they participate in training,&#8221; Lee said.

The safety program includes an $87 million investment in 87 Area I roads, as well as notifying citizens two to three days before the U.S. army moves large vehicles.

The cultural program includes a series of events organized by local groups: hikes for young South Koreans and U.S. soldiers; provision of videos and CDs with information on daily living and basic South Korean economic and cultural information to American newcomers; and a two-day &#8220;culture and industry&#8221; tour for 640 servicemembers.

The good-neighbor program includes invitations for the 2nd ID band to various events; a division-hosted Good Neighbor Day featuring local South Korean artists and musicians; and continued operation of the Korean-American Partnership Council to revolve issues between citizens and the U.S. Army. A health program includes joint sanitation and fire safety inspections by Gyeonggi Province and 2nd ID of restaurants used by servicemembers.

Lee said since the accidental deaths of the young girls, provincial governments, cities, and pro-American organizations have worked hard to improve the relationship. &#8220;The purpose of the program is to let children know the U.S. Army is our neighbor and an integral part of our community,&#8221; he said.

English Camp organizer Kim Soo-mi said 520 third- to eighth-grade children from Gyeonggi Province are attending the two-week camp, which runs until February 8. &#8220;The children learn the language in an environment of music, drama, and art. The kids are very excited about the 2ID band and the songs. They like music very much, especially pop songs,&#8221; she said.

The band&#8217;s performance was greeted with rapturous applause and whoops from the children, who clearly enjoyed themselves.

After the performance, band members participated in a scavenger hunt or helped teach music, art, or drama classes.