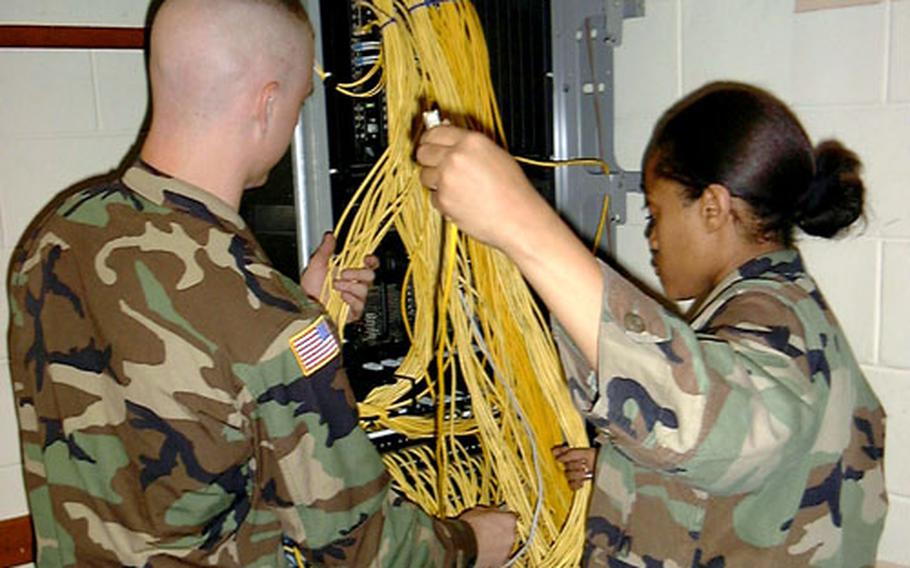 According to the 1st Signal Brigade, which is overseeing the program, work at several sites in Area IV should be complete by the end of December.

&#8220;When I3MP is complete, these users will have about 100 percent more bandwidth available than they have now,&#8221; read a brigade news release. &#8220;In addition to giving users more bandwidth, the upgrade will improve troubleshooters&#8217; efforts to diagnose and resolve customer issues.&#8221;

Earlier this year, the brigade installed several new e-mail servers in areas III and IV that handle up to 10,000 e-mail accounts each.

Technicians with the Theater Network Operations and Security Center also installed new routers and firewalls for the computer system that governs all data entering the Korean theater of operations.

Those upgrades to the top level architecture were done both to increase speed and bump up protection against computer viruses and hackers, officials said.