Program helps wounded warriors get away 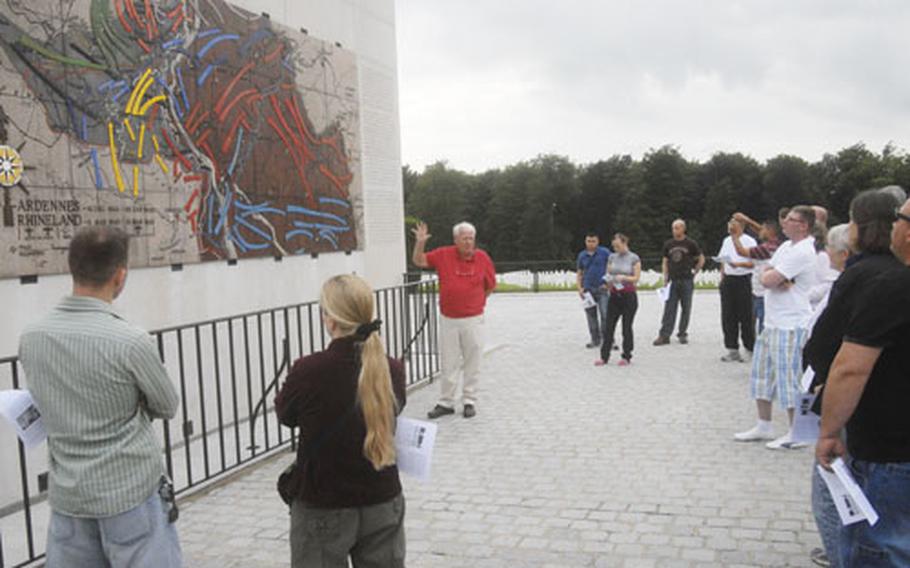 VIANDEN, Luxembourg &#8212; Instead of being stuck in their rooms on a Saturday in the summer, about 40 wounded troops recovering at Landstuhl Regional Medical Center were able to visit a massive castle, see Gen. George Patton&#8217;s grave and step inside a World War II German bunker.

And other troops who are treated at Landstuhl for relatively minor wounds suffered in Iraq and Afghanistan will have the same opportunity now that the hospital&#8217;s "wounded warrior trips" are no longer at risk of being canceled.

Because of staffing issues, the future of the wounded warrior trips was in jeopardy, but Shields learned earlier this summer that the matter had been resolved.

The wounded warrior trips began in late 2003 with Shields and Army Chaplain (Col.) Glenn Woodson conducting them. Shorter trips during the week around the Landstuhl area are available to the outpatient wounded.

Weekend trips to Trier, Heidelberg and other locations take place on the weekends, and once a month, Shields conducts a day-long Saturday trip to Luxembourg providing information on World War II&#8217;s Battle of the Bulge.

The trips are free to the wounded soldiers, sailors, airmen and Marines thanks to donations to the wounded warrior fund. War wounded recovering in Stateside military hospitals are able to take similar trips. A group of wounded from Walter Reed Army Medical Center recently spent a weekend taking a VIP tour of New York City.

Rather than taking in Broadway shows or baseball games, the wounded from Landstuhl got a history lesson not found in any book.

Just before 7 a.m. on a Saturday in July, around 40 wounded warriors walked out of Landstuhl&#8217;s Medical Transient Detachment and loaded onto a bus, headed for the tiny country of Luxembourg. Housed at the Medical Transient Detachment are troops suffering ailments that cannot be treated downrange such as chest pains, back problems and the like.

"Although we&#8217;re not feeling well, this is great for our recovery," said Army Master Sgt. Lindsey Halley with the 469th Finance Management Center. "It&#8217;s very therapeutic."