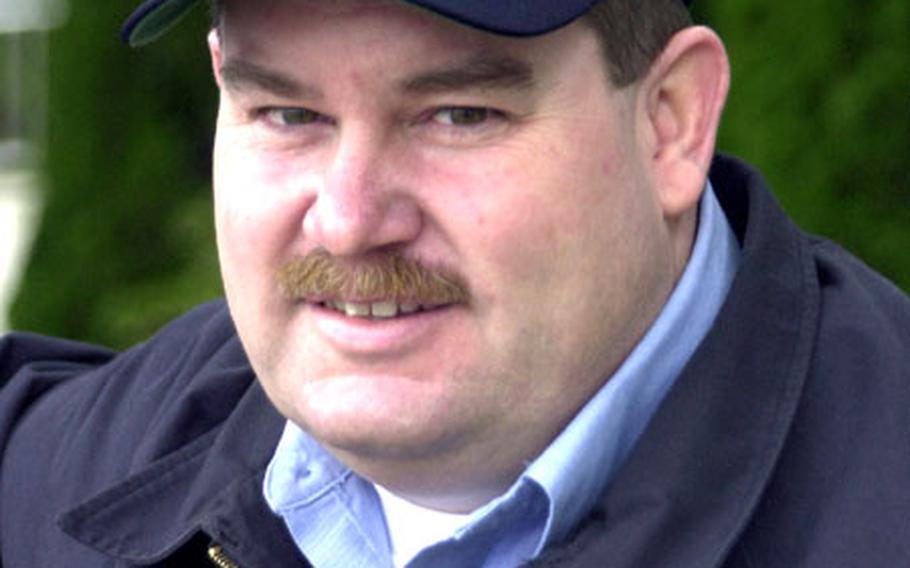 SASEBO NAVAL BASE, Japan &#8212; For 18 years, Petty Officer 1st Class Terry Renick worked as a gunner&#8217;s mate, and in just less than two years, he retires from the Navy.

So, just what is the civilian job outlook and employment equivalent for those career gunner&#8217;s mates? Until last month, Renick, 38, had no idea. He sought advice and completed the Careerist Transitional Assistance Program (C-TAP), offered by Sasebo Naval Base&#8217;s Fleet and Family Services Center.

With 22 months of service remaining, he now knows a wide range of positions for which he qualifies and has learned to project his Navy-honed skills to attract prospective employers.

Renick was referring to management experience earned by serving as a department supervisor, computer skills, and workplace discipline developed in the military. He served aboard the USS Belleau Wood, and the USS Essex when the ships swapped crews a few years ago. Now he&#8217;s working at the Maebata Ordnance Facility near Sasebo in his final tour.

Renick needs just five classes to complete his bachelor&#8217;s degree in business administration, and is slated to finish before retiring. Then he hopes to work for the federal government, applying his management skills, extensive experience in safety procedures and working with hazardous materials.

Renick said he also took C-TAP classes because &#8220;I&#8217;ve seen too many people waiting until a month or two before they get out, and being unprepared.&#8221;

Every month, his department offers three programs, including:

&#8226; The Accelerated Transitional Assistance Program: a three-day workshop for anyone separating from the military. Those attending should be one year from leaving the service.

&#8226; The Careerist Transitional Assistance Program: a more in-depth four-day workshop for anyone retiring from the military. Those attending should be two years from leaving the service.

&#8226; Career Options and Navy Skills Evaluation Program: a four-day workshop for the &#8220;mid-careerists&#8221; about two years from separating, who want to re-evaluate their skills and possibly stay in the military.

Years served 10 years in the Army, then began civilian employment with Sasebo&#8217;s Fleet and Family Services Center six years ago, working in the transition programs arena for more than two years. Even though the base is small, he stays busy coordinating and teaching the classes; last month 78 soon-to-separate sailors attended the workshops.

To successfully transition from military life to the civilian realm, Years said, several steps &#8212; all explored in-depth in the workshops &#8212; need to be addressed, including a thorough skills assessment, learning adaptability to the job market, planning to secure employment and starting to emphasize communication among family members.

Besides learning to market his or her skills by compiling resumes and perfecting job interview techniques, the servicemember also has social adjustments to make.

&#8220;I try to emphasize to them that over the past few years they have developed more mentally than they realize,&#8221; he said. &#8220;They don&#8217;t realize those mental changes. They are more mature than some people the same age who haven&#8217;t been in the military.

&#8220;They&#8217;ve created their own networking on the military side. They talk their own language. They use all the acronyms. They have all their own habits.&#8221;

In 1993, Years went through the transition program right before leaving the Army. He says the training has come a long way.

&#8220;Over the last 10 years &#8230; the Department of Labor, Department of Defense and Department of Veteran Affairs have put more time and money and resources into this program to give the servicemembers a fighting chance,&#8221; he said.

Job market-bound Renick said: &#8220;If you prepare, and start soon enough to do all the things you needed to market yourself &#8230; being prepared and planning takes care of most of that stress.