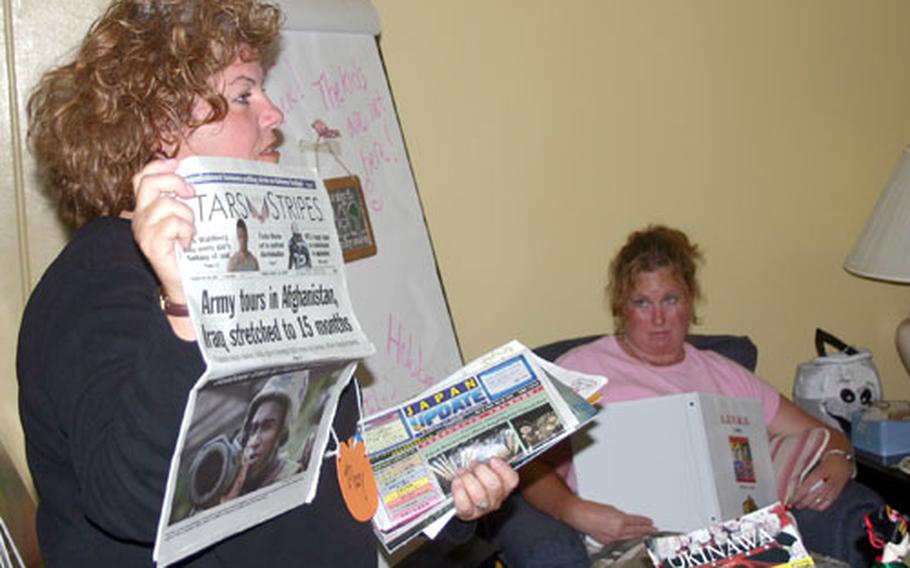 Those are just a few of the acronyms and some of the terminology a new spouse is bombarded with upon marrying their Marine.

This new language and the new lifestyle can be overwhelming and bewildering.

Lifestyles, Insight, Networking, Knowledge and Skills &#8212; better known as LINKS &#8212; is an orientation designed to combat that confusion and ease the transition into the military family, said Maj. Melinda Sumner, chief of Marine Corps Family Team Building, which sponsors the program.

One of the keys to the success of LINKS is that it is run by spouses for spouses, Sumner said, explaining that experienced spouses use their knowledge and experiences to teach new spouses.

After attending a LINKS session herself a few years ago, Danielle Harper, a Marine spouse of nine years, began volunteering in the program.

She credits LINKS with better preparing her for her husband&#8217;s deployments.

Surviving deployment, learning Marine Corps traditions and language, moving frequently and understanding the military pay system are just a few of the topics discussed during the two-day orientations, which are held every other month at camps Kinser, Foster or Courtney.

And on Okinawa, LINKS provides information about Okinawa and the opportunities to explore its culture, Sumner said.

&#8220;This is also a chance to develop relationships with other wives and build a network,&#8221; Sumner added.

Candice Figaro, who has been married to a Marine for two years, attended her first LINKS class earlier this month at Camp Courtney.

She said she wishes she would have attended when she was a newlywed.