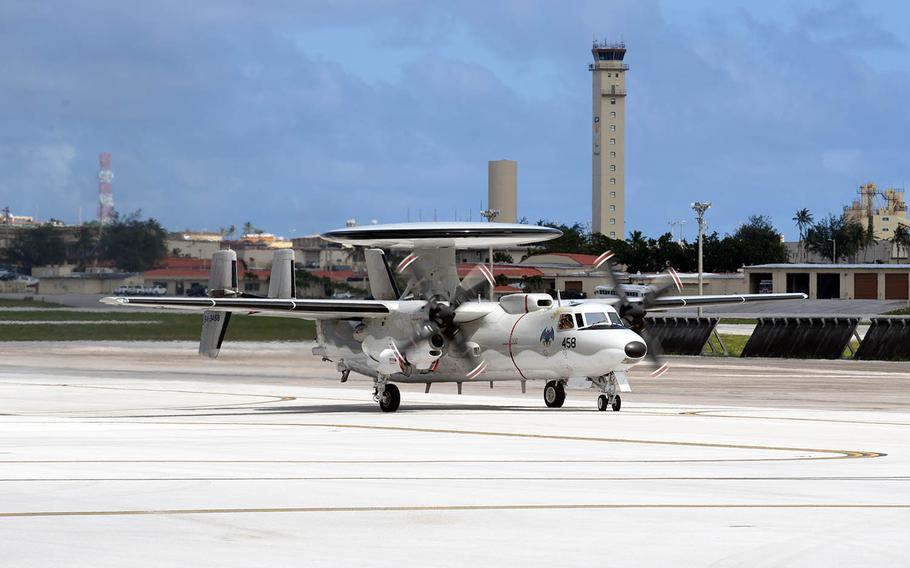 A Japan Air Self-Defense Force E-2C Hawkeye early warning aircraft was landing at Naha Airport at about 5:38 p.m. when two of its tires burst and the aircraft came to rest blocking the runway, according to a Japanese military spokesman.

“We are investigating why the tires burst,” he said. “All [Japanese] E-2C aircraft are grounded until they check the aircraft’s safety.”

There were no injuries among the five crew on board the plane, which is assigned to Naha Air Base. The airport reopened at 7:19 p.m. following runway safety checks, he said.

More than 50 flights were canceled or delayed during the closure, affecting 1,500 travelers, the Okinawa Times newspaper reported.

Last month there was a close call when a pair of Japanese F-15 fighter jets scrambling from Naha were deemed at “very high risk” of colliding with a commercial passenger plane that was waved off by air traffic controllers as it approached the airport.