Probe launched into death of Fort Hood soldier, one of nearly a dozen stateside since November 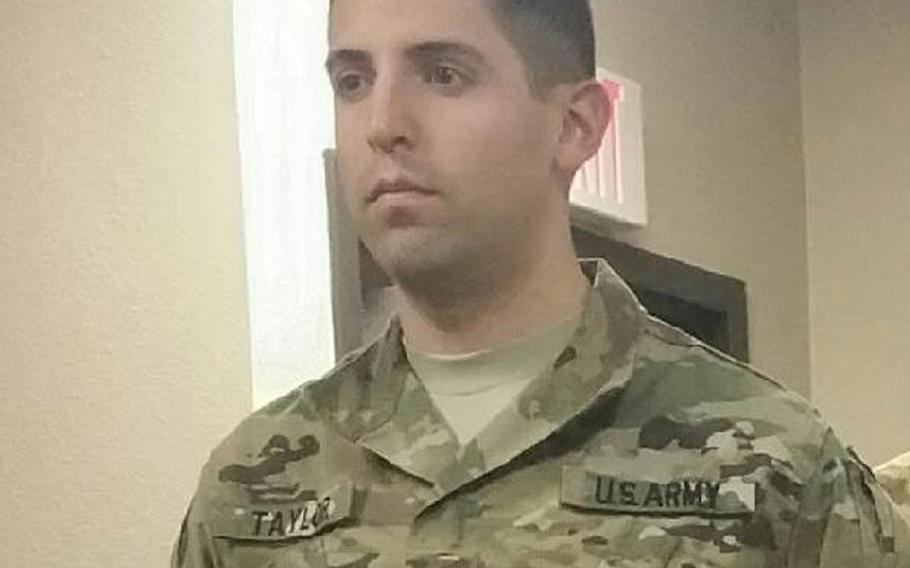 Sgt. Alex Mathew Dean Taylor, seen here as a specialist, was found unresponsive at his place of duty at Fort Hood, Texas. His death has prompted an investigation by the U.S. Army. (U.S. Army)

SAN ANTONIO -- A soldier at Fort Hood was found Wednesday unresponsive at his place of duty, becoming one of nearly a dozen soldiers assigned to the Texas base to die stateside in recent months, the Army said.

Sgt. Alex Mathew Dean Taylor, 23, was assigned to the 15th Military Intelligence Battalion, according to an Army release. He entered the service as an aviation operations specialist. Fort Hood officials could not be reached Friday to confirm his most recent job specialty.

The Army’s Criminal Investigations Command has launched an investigation into Taylor’s death, said Christopher Grey, a spokesman for the command.

“At this point in the investigative process we do not suspect foul play, but have not completely ruled it out while we conduct a complete and thorough death investigation,” Grey said Friday.

Taylor’s death is at least the 10th stateside casualty for soldiers assigned to the base in the past two and a half months, according to a review of Fort Hood news releases by Stars and Stripes.

Two other soldiers were also found unresponsive in housing in December and November and three others died from gunshot wounds. One of those soldiers, Pvt. Kevin Paulino, 24, died from a gunshot in Indiana, far from his home of residence in New York City. Another two succumbed to unspecified illnesses. One soldier died on post in an automobile accident on Jan. 9.

Pvt. Dakota Lee Stump, 19, was also found dead on Fort Hood next to his flipped vehicle on Nov. 3 after he went missing since Oct. 10 and then reported AWOL. Stump was found by soldiers conducting land navigation training just 100 yards from the road, an Army release stated.

Three other soldiers assigned to Fort Hood have also been killed in combat since November, all from the same suicide bomb attack in Afghanistan.

Sgt. John Perry, 30, and Pfc. Tyler Iubelt, 20, died in a Nov. 12 blast at Bagram Air Field. Sgt. 1st Class Allen E. Brown, 46, died at Walter Reed National Medical Center in Maryland on Dec. 6 after he was wounded in the blast, which also killed two American contractors and wounded more than a dozen other U.S. troops.