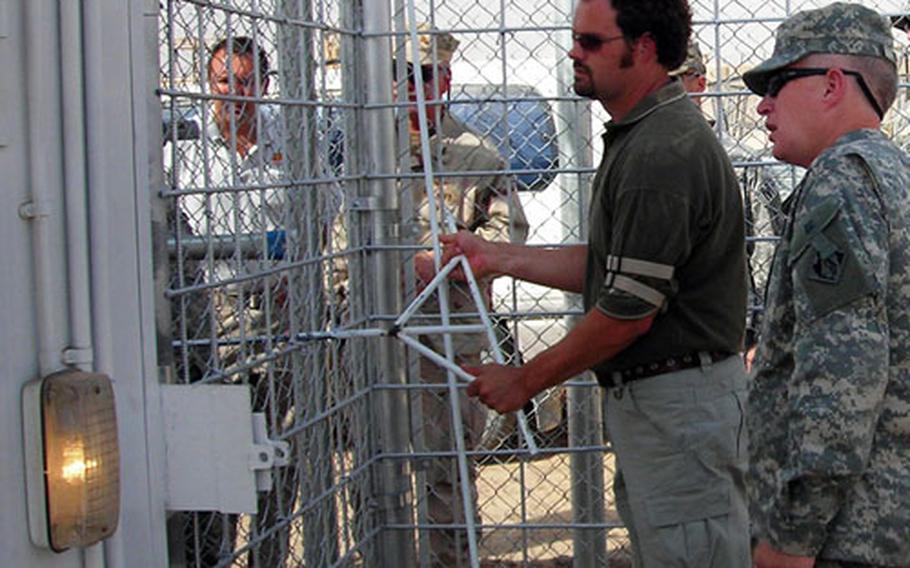 The largest U.S. military prison in Iraq is undergoing more than $110 million worth of work that will allow the military to expand the prison&#8217;s population from 20,000 to 30,000, officials said Tuesday.

The U.S. Army Corps of Engineers is overseeing the Camp Bucca projects.

The camp &#8220;has grown steadily since its inception in 2003 as a British-run camp, growing even in the face of now long-abandoned plans to close it down,&#8221; the release read.

At one point, it doubled in size in less than nine months, Navy Capt. Craig Roll, the FOB commander, was quoted as saying. Current plans envision as many as 30,000 detainees.

The camp became the focus of U.S. military prison operations in Iraq after the return of Abu Ghraib to the Iraqis in 2006.

The overall goal of the work is to &#8220;create a safer internment facility for our troops and [a] more comfortable and safer environment for the detainees,&#8221; the release read. Other construction projects at the base &#8212; including a new dining facility, a shooting range and a new exchange and food court &#8212; also have been recommended, officials said.

Expansion and improvement projects for Camp Bucca will total $110 million. Here&#8217;s how a sizable portion of the funds will be spent: