Principal’s challenge lands him on the roof 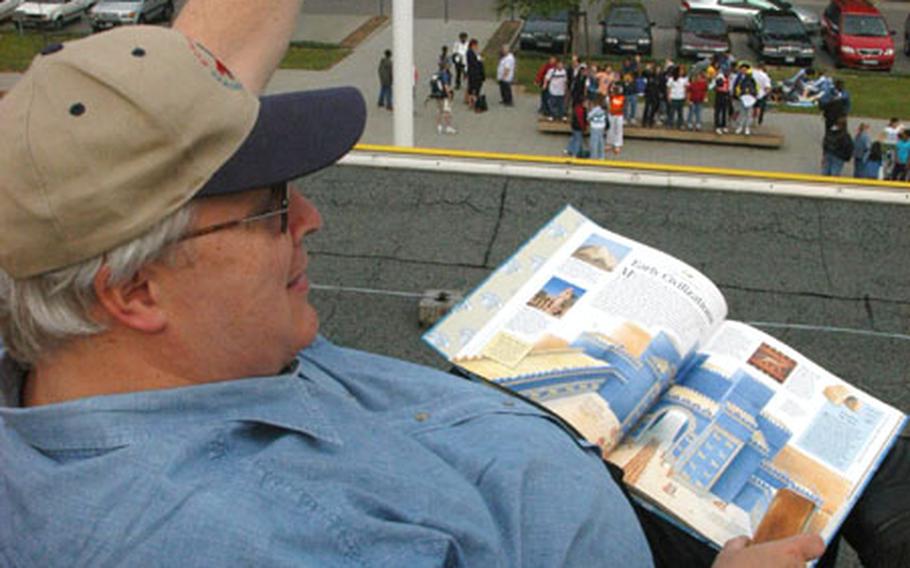 Principal Bob Nance waves to students at Patrick Henry Elementary School Friday from the school roof. Nance challenged his students that if they read enough books throughout the school year, he would spend the day on the roof. (Rick Scavetta / S&S)

Nance spent the day on the school&#8217;s roof after his students lived up to a challenge to read more books during the school year.

With 1,080 students, the elementary school has the largest population of any Department of Defense Dependents Schools in Europe, Nance said.

Using an online program called Reading Counts, students earned a set amount of points for each book they read. At the beginning of the school year, Nance promised to spend the day on the roof if the students earned 50,000 points.

They surpassed the goal, Nance said, by about 5,000 points.

In addition to Nance&#8217;s spectacle, students earned awards and certificates for the number of books read. But the real reward was seeing their principal keep his promise.

Around 8:40 a.m., firefighters from the 411th Base Support Battalion used their ladder truck to hoist Nance to the rooftop.

He relaxed on a rocking chair with a strategically place umbrella nearby in case the gray haze overhead turned to storm clouds. He promised to stay up there, rain or shine, he said.