Preparing for college in a ‘foreign’ country — the U.S. 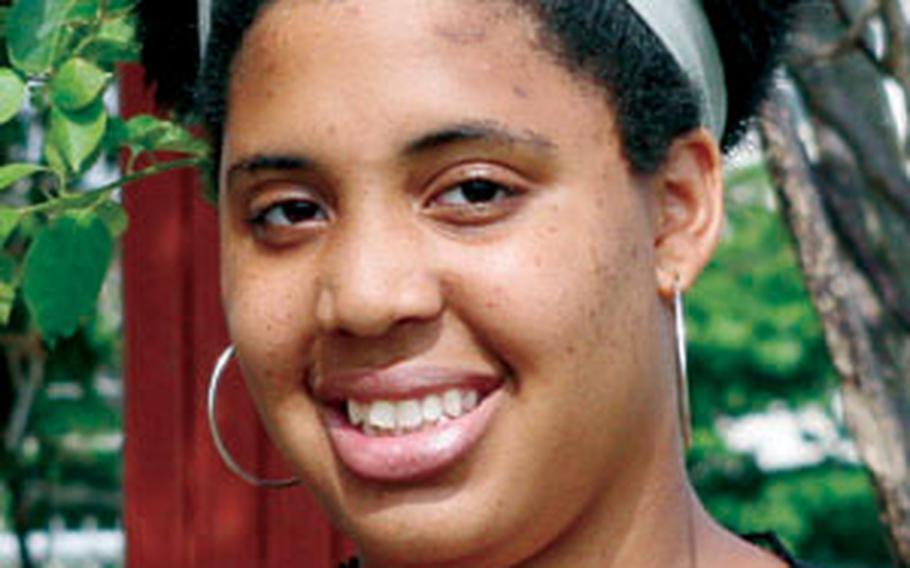 Kanesha Heath, 18, will get her first real taste of the U.S. this fall when she starts college in Florida. The military brat has spent most of her life overseas, first in Germany and most recently in Japan where she recently graduated high school. (Photo courtesy of Kanesha Heath)

Kanesha Heath teeters from excited to nervous as she prepares to enter college this fall in a foreign country of sorts: the United States.

The "Air Force brat" has spent most of her 18 years overseas &#8212; the past seven at Kadena Air Base in Japan and the eight before that at Spangdahlem Air Base in Germany.

"It&#8217;s weird being American but not living in America," said Heath, who wanted to attend a university in Switzerland but decided to go to the University of Tampa in Florida instead.

Like thousands of other American students who move back to the U.S. after years overseas, Heath is not quite sure what to expect. "I picked the U.S. school because I figured even though it&#8217;s not foreign, going there would be like going to a foreign school," she said.

Heath looks forward to finally getting to know her own country. Although she has visited the States several times, her version of America has been limited, for the most part, to the confines of U.S. military bases thousands of miles from the real thing.

However, the fact that Heath expects the culture shock is going to make her transition from Okinawa to Tampa that much easier, according to experts. And kids usually adjust to new environments better than adults, they say.

Children and young adults are "flexible and adaptable," said Patricia Cassiday, student services coordinator for Department of Defense Dependents Schools &#8211; Europe. "They have the ability to scan the horizon and cope and that&#8217;s because they have lived in a number of places."

But their worldly experiences can also isolate them from their Stateside peers. Stories of skiing in the Alps or climbing Mt. Fuji can often sound like bragging to children who have lived their whole lives in middle America, she said.

"One of the things [parents and teachers] can try to do is help kids find their voice so they can step into leadership roles," Cassiday said. "They&#8217;ve been exposed to a broader view and different cultures and this will be beneficial wherever they go."

The key to their adjustment is social interaction, she said.

"When they&#8217;re frustrated, the more that they can talk to someone with a similar experience, the better they feel," she said. "And kids who have traveled extensively often flock toward one another."

DODDS-Europe in January launched a student-to-student transition support program designed to hook new students up with established classmates. The program even extends to non-Department of Defense schools in the States.

Moreover, students often turn to Internet chat rooms and social networking sites to "meet" people and get the skinny on their new digs &#8212; an almost instinctual habit among today&#8217;s techno-savvy youth.

O&#8217;Neill, who like Heath will be attending college in the States after living most of his life abroad, already has made friends at Christdom College in Virginia without having set foot on the campus.

"It&#8217;s so easy. All you do is join a group online and see who you&#8217;re going to school with," he said. "I just started posting in the general chat room and got some responses within a few days."