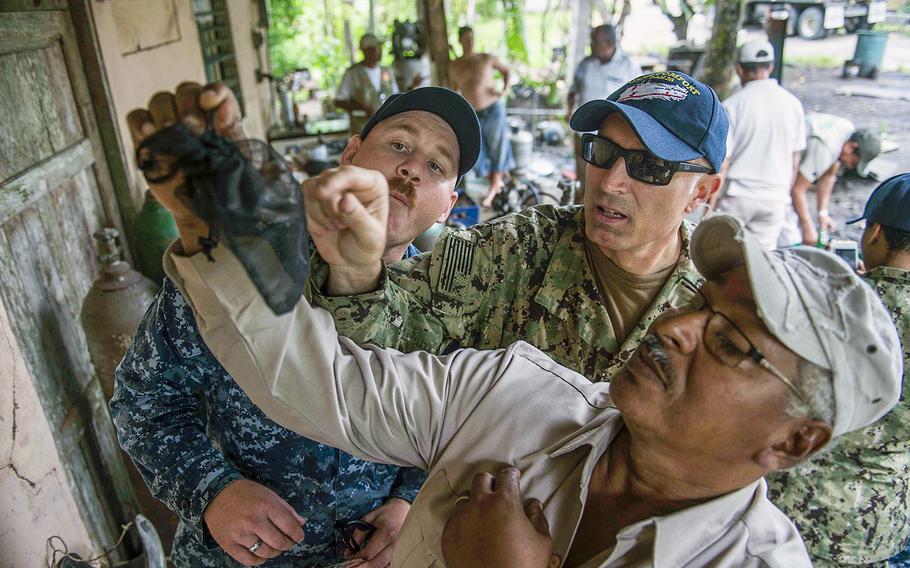 WASHINGTON — A pregnant servicemember stationed in an area where the Zika virus has been detected was moved to avoid contracting the disease, though no troops are known to have the mosquito-borne illness, a U.S. Southern Command spokesman said Thursday.

SOUTHCOM issued a voluntary relocation option for pregnant troops, their family members and expecting Defense Department civilians assigned to areas where Zika virus has spread within South and Central America, said Jose Ruiz, a spokesman for the command. Zika, which has been linked to certain birth defects, was declared a public health emergency Monday by the World Health Organization.

Ruiz would not say in which country the servicemember was stationed or where she was moved.

Southern Command is working closely with several federal health agencies to monitor the outbreak, Ruiz said. It has issued guidelines to its personnel on how to best avoid mosquito bites.

“It is important for us to protect the health and safety of our personnel,” Ruiz said. “We routinely assess any threats to health in our region.”

There have been at least 50 cases of Zika reported in the United States; only one case has occurred in a person who has not traveled abroad, according to the national Centers for Disease Control and Prevention.

Florida Gov. Rick Scott on Wednesday declared a state of emergency in four counties in his state. Nine people there have contracted Zika, but the governor said each was travel-related.

Several DOD installations are in or near those four counties, Miami-Dade, Hillsborough, Lee and Santa Rosa. A spokesman for U.S. Northern Command said leaders were monitoring the virus and its spread.

“The safety and security of our force are the most important thing, so from a force protection standpoint we’re closely watching Zika,” said NORTHCOM spokesman Michael Kucharek. “We’re coordinating with SOUTHCOM and with other federal agencies to look at those concerns.”

According to the CDC, Zika is “usually mild” with symptoms such as fever, rash, joint pain and eye redness lasting up to a week. But the organization recently implemented travel warnings, urging women who are pregnant or could become pregnant to reconsider traveling to more than two dozen countries and United States territories in South and Central American and the Caribbean because of the potential link to birth defects.

While the link between Zika and the diseases has not been proven, it is “strongly suspected,” Dr. Margaret Chan, the director-general of the World Health Organization said in a prepared statement. She urged the international community to coordinate “efforts to investigate and understand this relationship better.”

The Pentagon is supporting the study of Zika by providing the Department of Health and Human Services its experts who have worked with the virus, said Pentagon Press Secretary Peter Cook.

“This is an area where the DoD has done some research in the past,” he said. “I think some of that expertise will be brought to this effort. We’ll be supporting HHS in whatever way we can.”

At Southern Command, leaders are examining what efforts they can provide to impacted partner nations, Ruiz said. So far, none of those countries have asked for U.S. military help, he said.