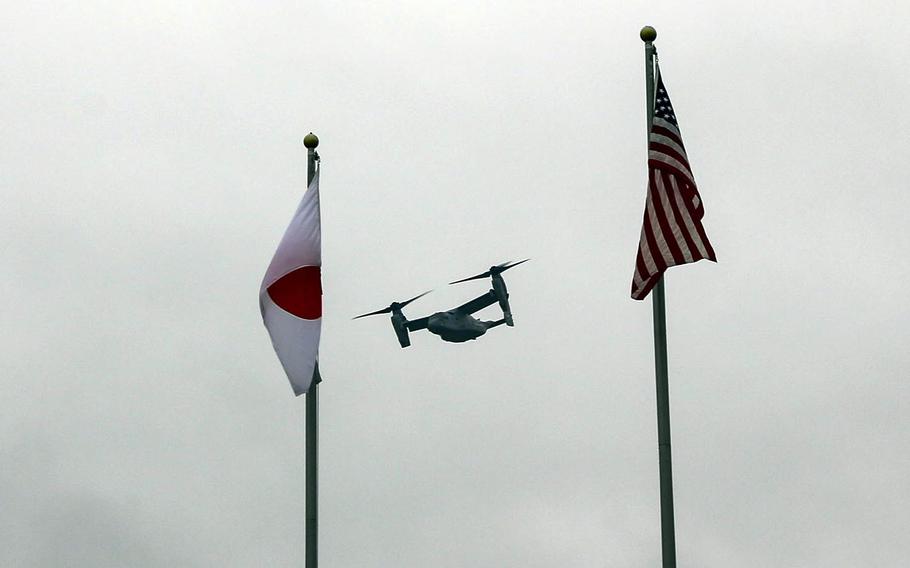 “As a prefecture, I believe that it is our duty to carry some burden for national security,” Gov. Yoshinori Yamaguchi said during the announcement Friday.

In return for hosting the tilt-rotor aircraft, Yamaguchi said he requested about $100 million in subsidies from Tokyo and will establish a fishery recovery fund, an environmental protection committee to monitor the deployment and a line with Japan’s Ministry of Defense to share aircraft information.

The idea of basing Osprey in Saga was floated after then-Okinawa Gov. Hirokazu Nakaima suggested moving some of the Marine Corps’ helicopter-plane hybrids to the Japanese mainland in December 2013. Saga was attractive to planners due to its proximity to Japan’s newly formed Amphibious Rapid Mobile Deployments Brigade — envisioned as a Japanese version of the Marine Corps — stationed at the JGSDF Ainoura base in Sasebo.

Yamaguchi said discussions took off in 2015 after a request to allow Marine Corps Osprey to use the airport was withdrawn.

Onodera “promised to share all the information, good and bad, with prefectural government in regards to the Ospreys and have a clear communication line for safety,” he said.

Japan began procurement on the 17 Ospreys in fiscal year 2015. However, it has yet to receive one from Bell Boeing, MOD spokesman Hironori Adachi said. It is scheduled to receive the first later this year, continuing through 2021, according to the Okinawa Times newspaper.