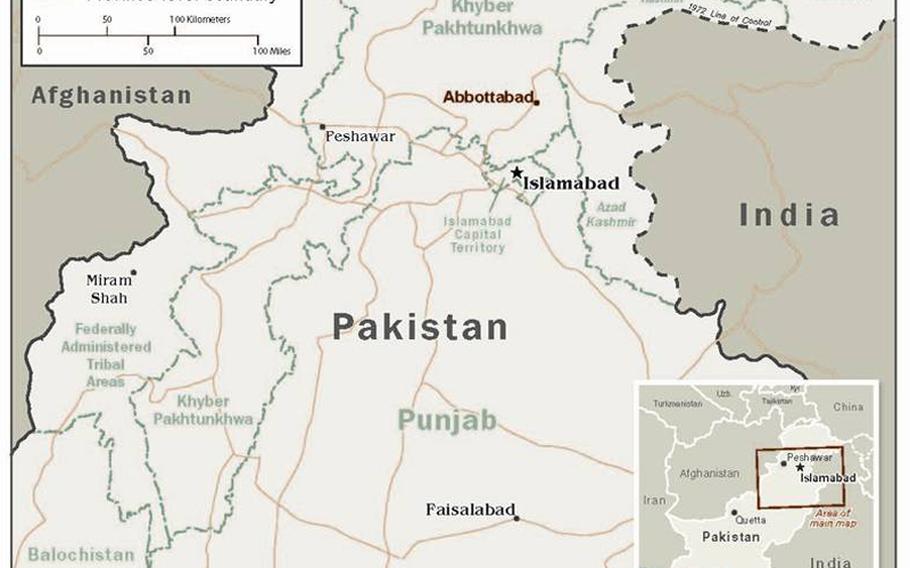 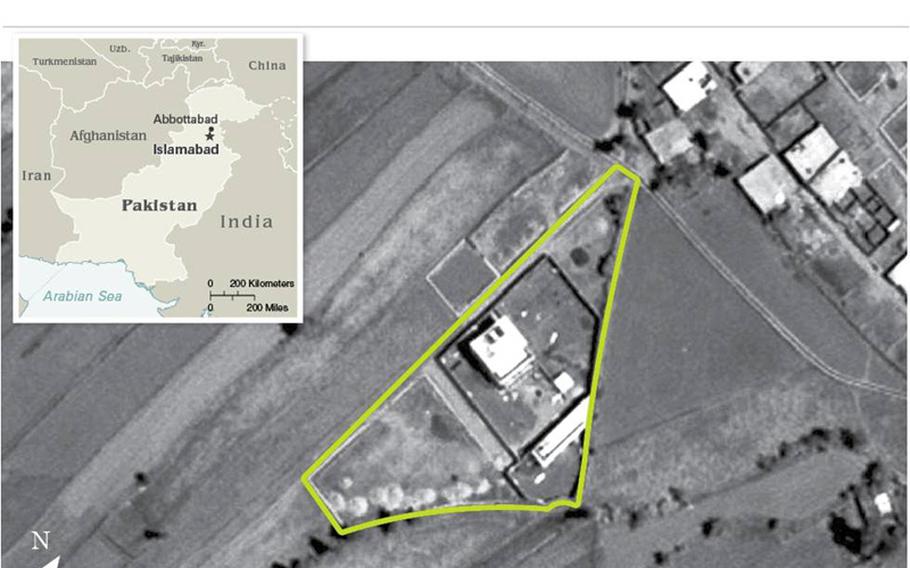 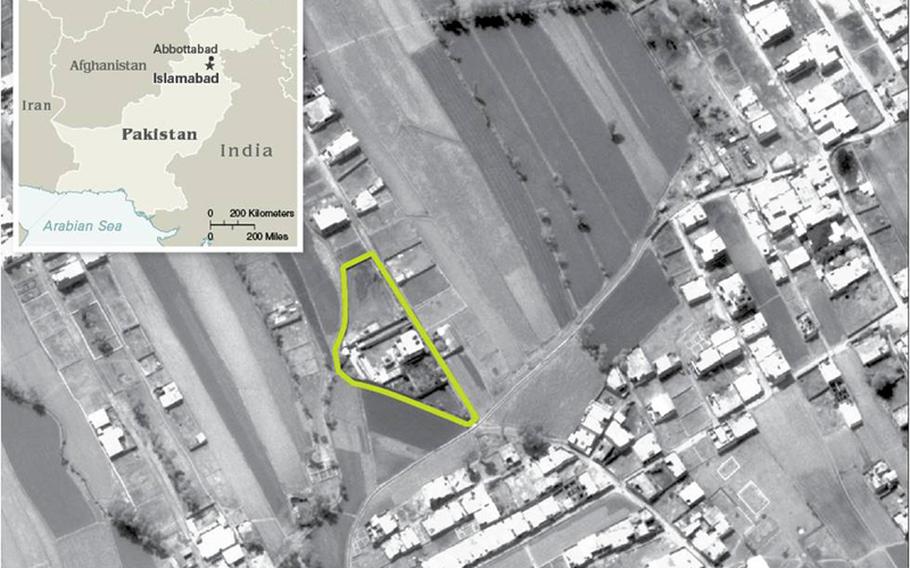 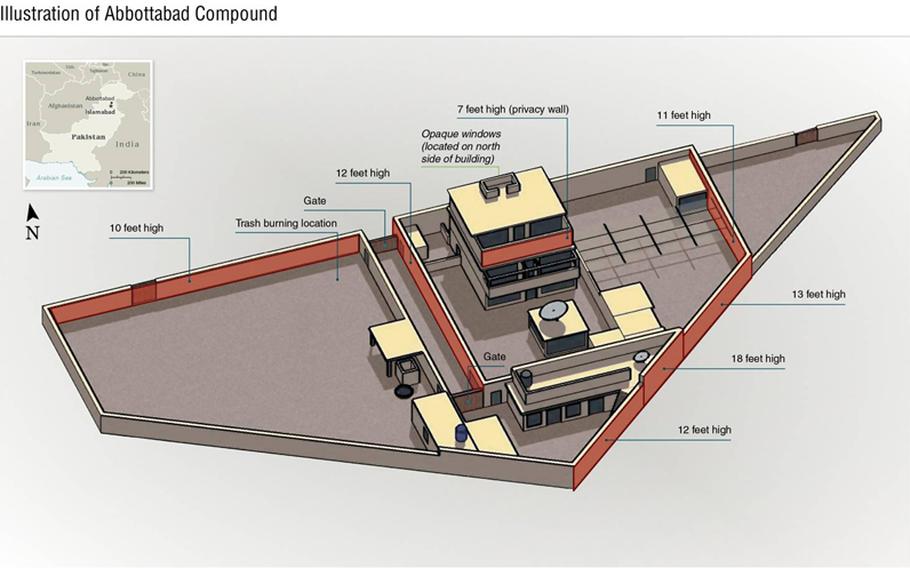 WASHINGTON &mdash; The plan was to slip in smoothly. Elite Navy SEALs would descend from helicopters and kill or capture the ghostlike figure who had overseen the murder of thousands and haunted the American imagination for a decade.

Instead, the raid began with a bang as a Black Hawk helicopter crash-landed in the courtyard of a fortified compound in Abbottabad, an affluent area outside Islamabad, Pakistan. Here, among retired military officers and near Pakistan&rsquo;s leading military school, the world&rsquo;s most wanted man had been hiding in plain sight while the search for him focused on Pakistan&rsquo;s rough-and-tumble tribal region near Afghanistan.

Bedeviled by helicopter problems, the raid began with echoes of the foiled 1980 mission to free U.S. hostages in Iran, or the brutal Battle of Mogadishu &mdash; another Black Hawk down.

But it didn&rsquo;t play out that way, as some two dozen elite members of fabled SEAL Team Six and CIA operators pulled it together. They continued on with their mission &mdash; perhaps the most consequential American military operation in decades &mdash; without missing a beat.

Bin Laden had been holed up within an extensive, roughly triangular compound surrounded by walls up to 18 feet high. Inside, it was divided by more walls and dominated by a three-story mansion. Months of CIA intelligence work based on information from detainees had established first that a trusted emissary of the terrorist leader lived there.

Continued investigation led to the conclusion that such an elaborate and expensive set-up must have been protecting someone important. Recent financial problems mean al-Qaida would only spend that kind of money to protect a top leader, officials determined.

The SEAL team encountered hostile fire almost immediately upon touching down in the mid-afternoon Sunday EDT, senior government officials speaking anonymously confirmed Monday, and engaged in a protracted firefight for much of the approximately 40 minutes the team stayed on the property.

The special operators pushed forward, clearing the compound section by section. They ended up at the three-story building, where intelligence had placed the bin Laden family living on the second and third floors.

Photos reportedly taken at the scene and broadcast Monday showed rooms in disarray, destroyed computer equipment, and large bloodstains on the floor.

In the end, bin Laden and his co-conspirators died without distinguishing themselves in combat, a senior defense official indicated on Monday,

&ldquo;Osama bin Laden did resist,&rdquo; the official said. &ldquo;I would add however that he had been living in a mansion that was eight times the size of any other structure in the neighborhood, rather comfortably. He and some other male combatants &hellip; certainly did use women as shields.&rdquo;

Bin Laden lay dead, his brain destroyed by an American bullet &mdash; not killed by his companions, officials stressed. With the terrorist leader killed, there would be no trial, no questions about his conditions in detention, no arguments over whether to try him in military or civilian court.

Capture was also an option going in, the official admitted: &ldquo;The principle ... and full focus of the operation was to kill or capture Osama bin Laden.&rdquo;

Also killed was a 24-year-old bin Laden son and two al-Qaida associates &mdash; the trusted courier and the courier&rsquo;s brother. Although several entire families lived within the compound, the precision of the special operators meant that the only noncombatant killed was a woman the terrorists had tried to use as a human shield. Two other women were injured.

No U.S. personnel were killed or injured, officials said. Noncombatant women and children within the compound were led a safe distance away, and the U.S. special operators detonated the damaged helicopter.

The Americans were out of Pakistani airspace before U.S. officials notified Pakistan of the mission, said John Brennan, counterterrorism adviser to President Barack Obama. Pakistan scrambled jets with the knowledge something was happening &ndash; though they didn&rsquo;t know what, he said.

Bin Laden was visually identified on the scene by the military personnel, as well as by one of his wives who was at the compound, a government officials said. And early Monday, CIA and other intelligence specialists performed a DNA analysis that compared DNA from the body to that of bin Laden&rsquo;s sister, establishing the corpse&rsquo;s identity beyond a shadow of a doubt.

Materials taken from the scene &mdash; reportedly including a collection of computer hard drives that could be a treasure trove of al-Qaida operational data &mdash; are being analyzed by a task force coalescing at the CIA, the senior intelligence official said.

The noncombatants were left at the scene when the SEALs left by helicopter.

Bin Laden&rsquo;s body was flown to the USS Carl Vinson in the north Arabian Sea. The body was washed and placed first in a white sheet and then inside a weighted bag, a senior defense official said. A military officer &mdash; the official would not confirm if it was a Muslim chaplain &mdash; spoke prepared religious remarks that were translated into Arabic by a native speaker.

&ldquo;After the words were complete, the body was placed on a prepared flat board, tipped up, whereupon the deceased&rsquo;s body eased into the sea,&rdquo; the official said.

In the end, another senior defense official said, the body was buried at sea because no country could be found that would allow it to be buried on its soil.