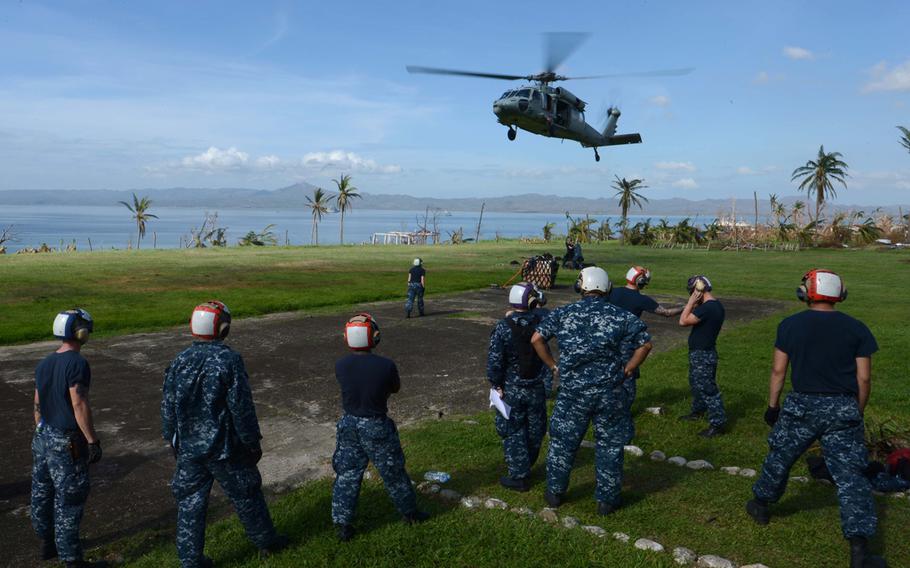 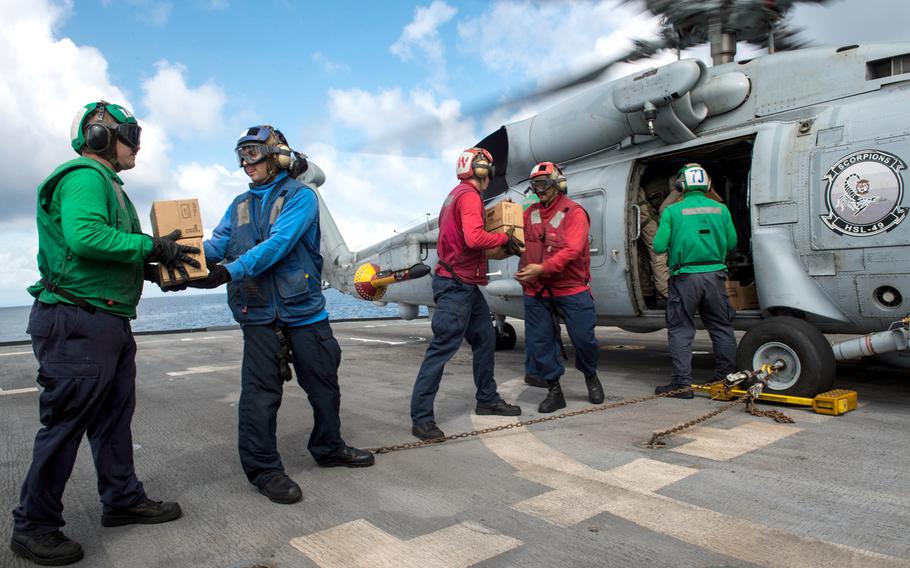 WASHINGTON — The Nov. 8 tropical storm that hit the Philippines killed more than 5,600 islanders, created piles of debris that still stand two stories high and left a scene of devastation that one prominent House leader compared to Hiroshima, Japan.

But it also created an opportunity for the U.S. military to flex its humanitarian muscles, and House Democrats and Republicans came together Tuesday to praise that response. The numbers, to date: The United States spent $60 million, delivering 2,500 tons of relief supplies by military aircraft. It provided evacuation assistance to 21,000 people, and food assistance to 2.7 million Filipinos.

Nancy Lindborg, the assistant administrator for the Bureau for Democracy, Conflict and Humanitarian Assistance at the U.S. Agency for International Development, went to the Philippines aboard a C-130 transport plane just a week after the storm. She appeared before the subcommittee on Tuesday.

“With the Department of Defense in support, USAID has been able to overcome the significant logistical hurdles of providing humanitarian assistance in an island country where the most powerful recorded storm to make landfall knocked out communications and cut off access to many,” Lindborg said.

U.S. hydrometeorological experts had been tracking Typhoon Haiyan, and a close relationship with the Philippine government that was solidified during World War II both helped provide the fast response, Lindborg said.

Thanks to the advance notice and the governmental alliance, Sean Callahan, chief operating officer of Catholic Relief Services, said CRS relief workers were on the ground within a day.

Callahan, whose organization is a major player in the relief efforts, said the U.S. military also seems to have learned lessons from past disaster relief efforts. In Haiti in 2010, for example, he noted that the military tried to respond to the earthquake disaster with “a lighter footprint.” After the Philippines storm, however, he said the military reacted more more quickly and thoroughly.

“There was applauding of the military. There was joy from the people we talked to. It was very impressive,” Callahan said. “No one was questioning the U.S. resolve to offer assistance.”

Panel members never mentioned the cost of the relief efforts and instead credited the U.S.’s militarized response for acting swiftly — and critically, such as preventing any widespread epidemic outbreaks caused by standing water and rampant mosquitoes. The U.S. has been organizing fogging trucks to combat the mosquitoes and prevent disease from the standing water and still-unrecovered bodies buried in the debris.

A delegation of subcommittee members took a recent trip to the Philippines to view the response firsthand. Several praised the Marines in particular, noting that when they landed on the islands, they were applauded by Filipino citizens.

“There is no more feared force in the world, perhaps, than the U.S. military,” said Rep. Trent Franks, R-Ariz. “But there is also no friend that can be more capable and committed than this same group of men and women. They provided the base and muscle for this all to work.”

“We are all Filipinos during this difficult time,” Royce said.