Postal tide reverses in Europe as packages are now pouring in 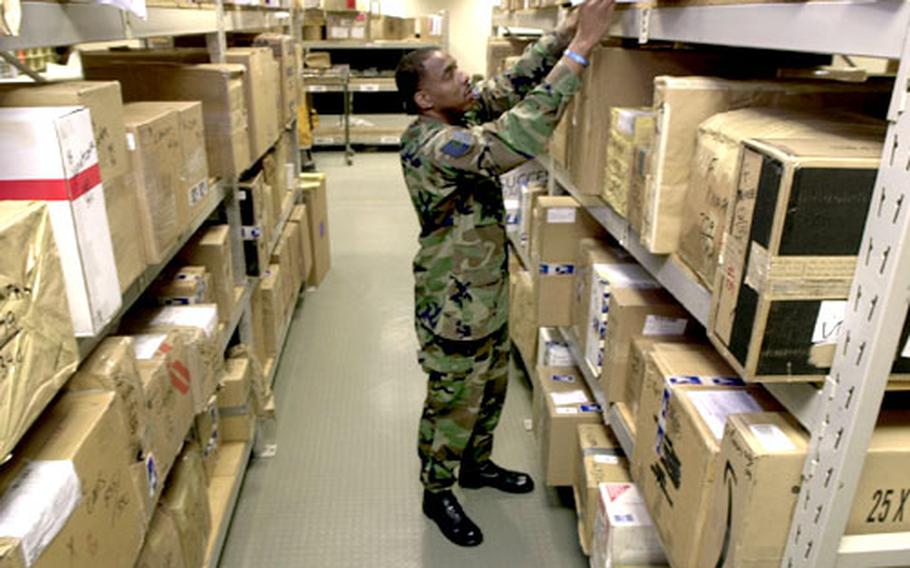 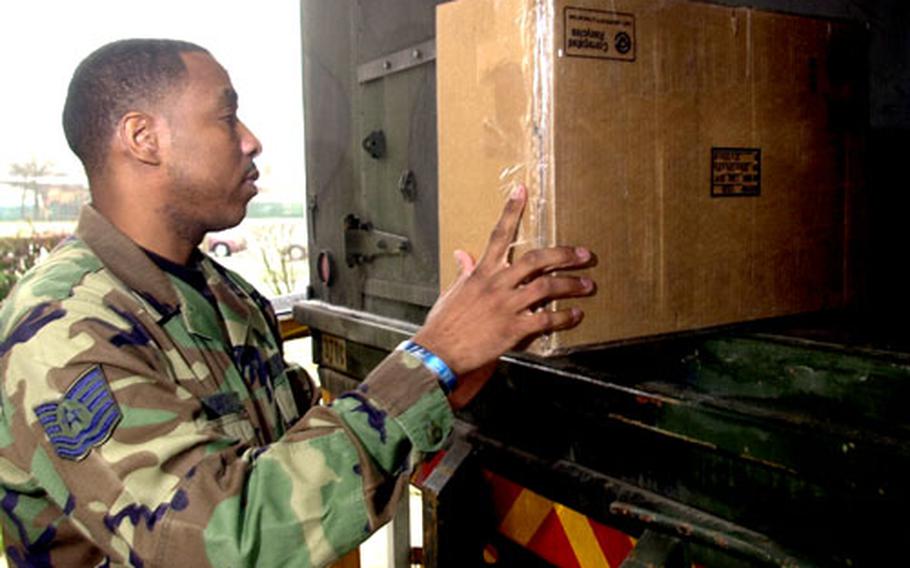 The Christmas holiday period is the busiest time of year for military postal officials across Europe. Earlier this week, the last deadline passed for those stationed in Europe to send their packages and letters back to the States in time for Christmas.

Now, military and civilian postal workers are handling the stuff coming the other way &#8212; as well as a good amount that&#8217;s still going out.

Stanley said the change has been dramatic this week. On Monday, it took 12 carts to handle the mail going out from Vicenza. On Friday, it took less than four.

At the same time, the amount of mail coming in is pretty heavy. It took four trucks to receive the mail on Tuesday. Stanley said it would take three on Friday.

Mail for those stationed in northern Italy comes in through Marco Polo Airport in Venice. For those in Germany, the mail comes in through Frankfurt International Airport. In England, mail is flown into London&#8217;s Heathrow Airport, then sorted at RAF Alconbury.

Master Sgt. Thomas Finkle, the postmaster for the 100th Air Refueling Wing at RAF Mildenhall, said the current mail load is between 400 and 500 bags a day, about twice the normal load. Each bag can contain several boxes or many letters.

He said the base is still seeing a decent amount of mail going out, even though most people realize it won&#8217;t get to its destination in time for Christmas.

The good news for procrastinators?