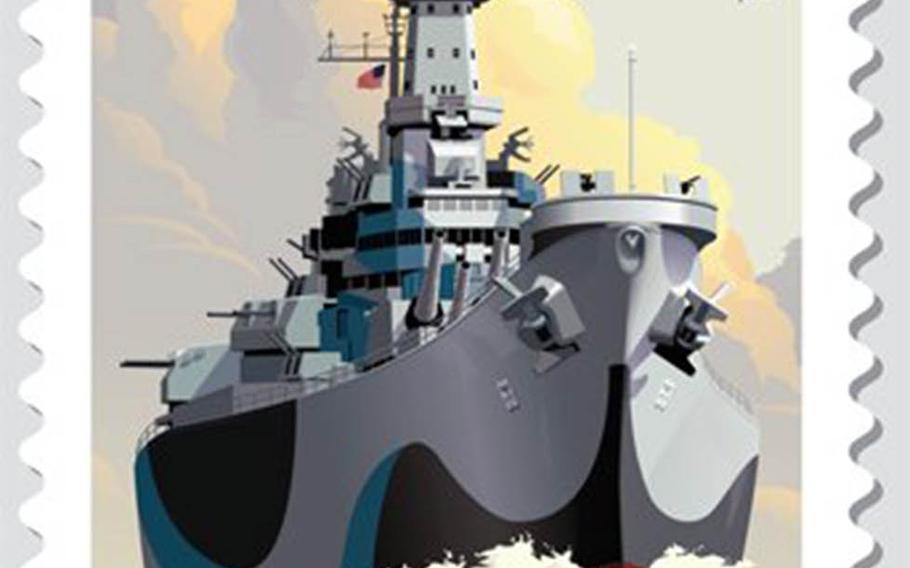 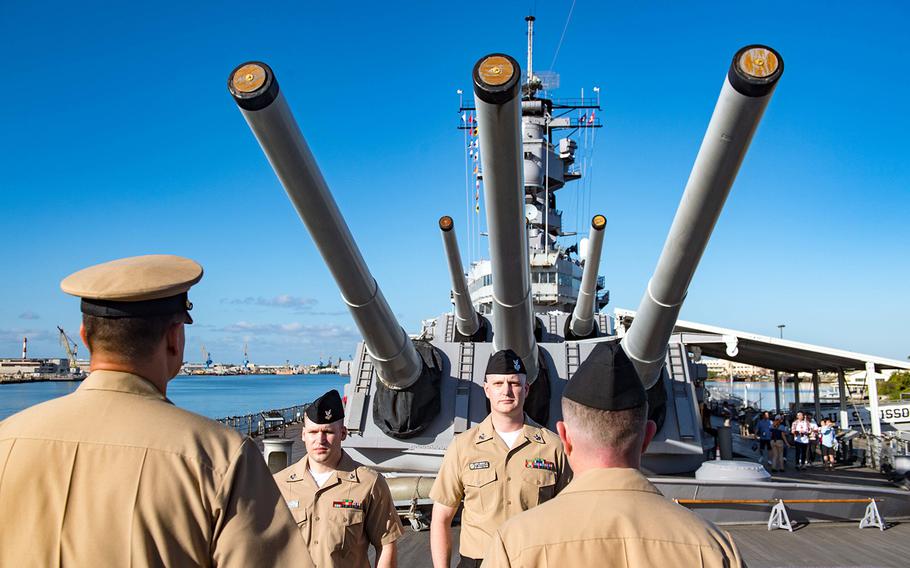 Seventy-five years after the USS Missouri was commissioned, the battleship where World War II came to an end is getting its own stamp, the U.S. Postal Service announced Friday.

The Mighty Mo will appear on a “forever” stamp available June 11, exactly 75 years after its commissioning in 1944, according to the Postal Service statement.

The stamp depicts the battleship floating atop a rippling, blue ocean in front of a gold and gray cloudy sky, as seen in an image of the stamp released Friday. “USS Missouri” is printed in white font below the ship’s image.

“The stamp art depicts Missouri from a low vantage point almost at sea level, cutting through the water at a moderate speed commensurate with entering or leaving port,” the Postal Service said in its statement. “Large and imposing in the frame, Missouri is shown in the disruptive camouflage she wore from her commissioning until a refit in early 1945.”

On Sept. 2, 1945, World War II formally ended aboard the USS Missouri when the military leaders of the Allied powers and imperial Japan gathered on the ship in Tokyo Bay for a ceremony and signing of Japan’s unconditional surrender.

The 887-foot-long battleship served another four decades — including in the Korean War and Operation Desert Storm — before it was decommissioned in 1992, according to the Navy.

The Missouri and its crew were also featured in Cher’s 1989 “If I Could Turn Back Time” music video, in which the singer performed aboard the battleship in an infamously skimpy black outfit and leather jacket.

In 1998, the Missouri was towed to Pearl Harbor, Hawaii, and its ownership transferred to the nonprofit USS Missouri Memorial Association Inc., which opened it in 1999 as the Battleship Missouri Memorial. It’s now a floating museum, featuring tours and exhibits on its history.

The Honolulu Star-Adviser last week reported the ship would be undergoing a $3 million restoration project ahead of the 75th anniversary of the end of World War II next year.

A dedication ceremony for the stamp will be held June 11 at the memorial, according to the Postal Service.

As a “forever” stamp, the Postal Service said, the USS Missouri stamp will always be equal in value to the current first-class mail one-ounce price, which is 55 cents.