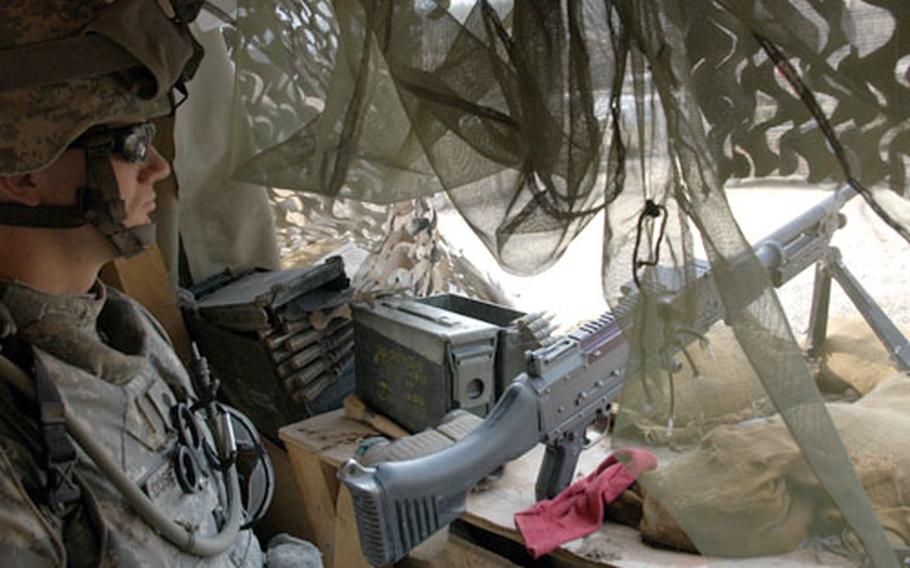 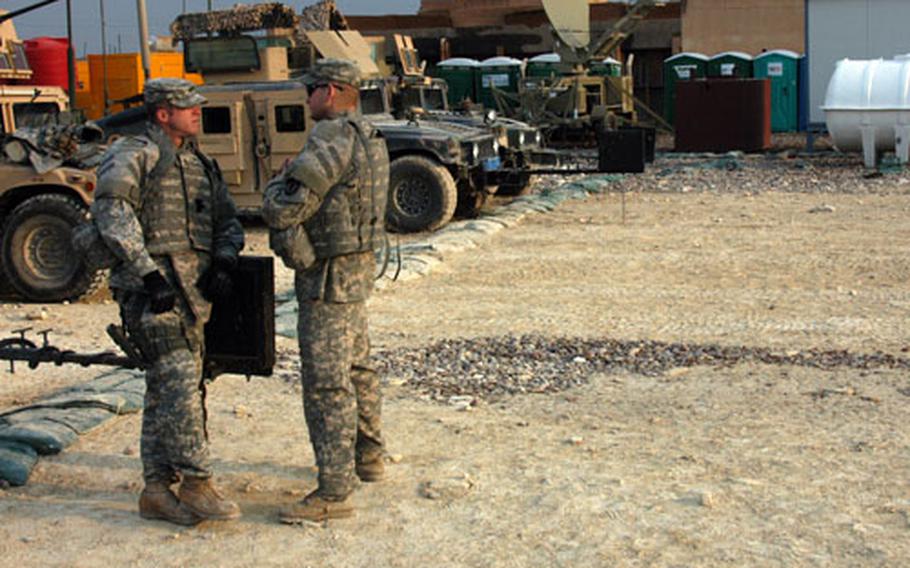 Soldiers from the 720th Military Police Battalion stand on the grounds of the Joint Security Station in Yusufiyah, Iraq. Conditions were once very austere at the outpost but the station has received several quality-of-life improvements since last year. (Vince Little / S&S) 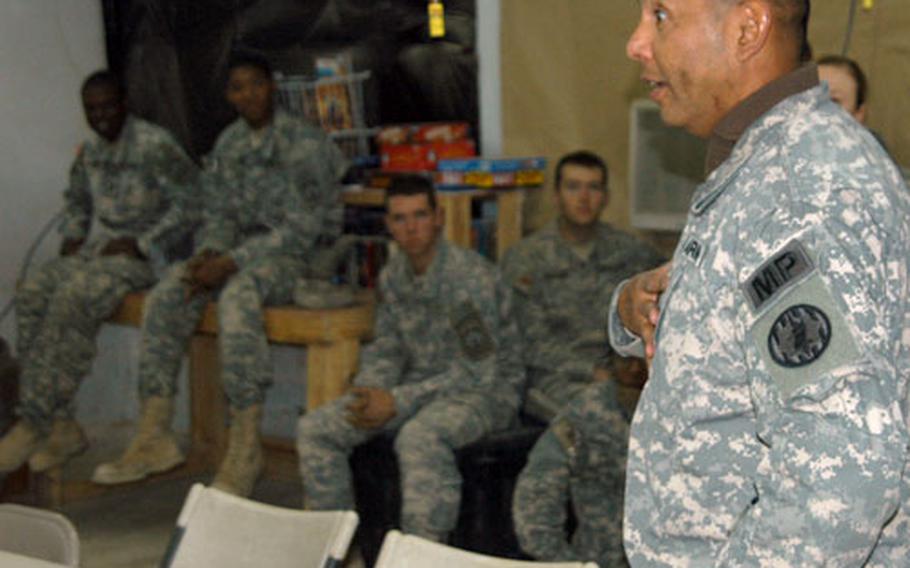 &#8220;We must hold this ground,&#8221; Lt. Col. Frank Rangel, the 720th Military Police Battalion commander, told the platoon during a recent visit.

According to the brigade, soldiers are fanning out in larger numbers to shared duty locations with Iraqi security forces as a way to boost joint patrols, improve community relations and elevate stability in neighborhoods. It also allows military police to be better mentors.

Third Platoon&#8217;s predecessor, a unit from the 23rd Military Police Company, moved into Yusufiyah&#8217;s JSS last May. Both companies are from Fort Bragg, N.C.

First Lt. Jonathan Blevins, the outpost&#8217;s former commander and police transition team chief, said the station is in a central spot, with Sunnis on one side and Shiites on the other.

Yusufiyah and other towns in the infamous &#8220;triangle of death&#8221; have become more secure in the last six months, according to Army officials. Keeping them that way is the challenge.

Third Platoon arrived at Yusufiyah&#8217;s JSS in late December. Its ranks include a medic, mechanic and communications specialist.

First Lt. Brian Garver, 26, of Columbus, Ga., the platoon leader, said his unit&#8217;s focus is squarely on developing Iraqi police and propping up a new $200,000 station for them in Yusufiyah. It was set to open at the end of this month.

Soldiers still pull six-hour shifts in observation points. They do weekly rotations between the roof and police transition team missions.

A nearby U.S. forward operating base supplies the station with food, water, maintenance, mail and other life support.

The station&#8217;s previous occupants, a 23rd Military Police Company platoon that recently left Iraq, certainly lived under more austere conditions when it came in last May. They also had no Internet or telephone access.

That changed about five months ago when the facility received four computer terminals, three telephones and two laptop portals.

Watching the Super Bowl shouldn&#8217;t be a problem for soldiers looking to get up at 2 a.m. next Monday. The American Forces Network is piped in through a large-screen television in the unit&#8217;s dayroom.

The break area also has a DVD player, microwave and recently added a big refrigerator. Residents can play video games and there&#8217;s a gym at the station.

With the exception of female soldiers and unit leaders, it&#8217;s generally one room per squad.