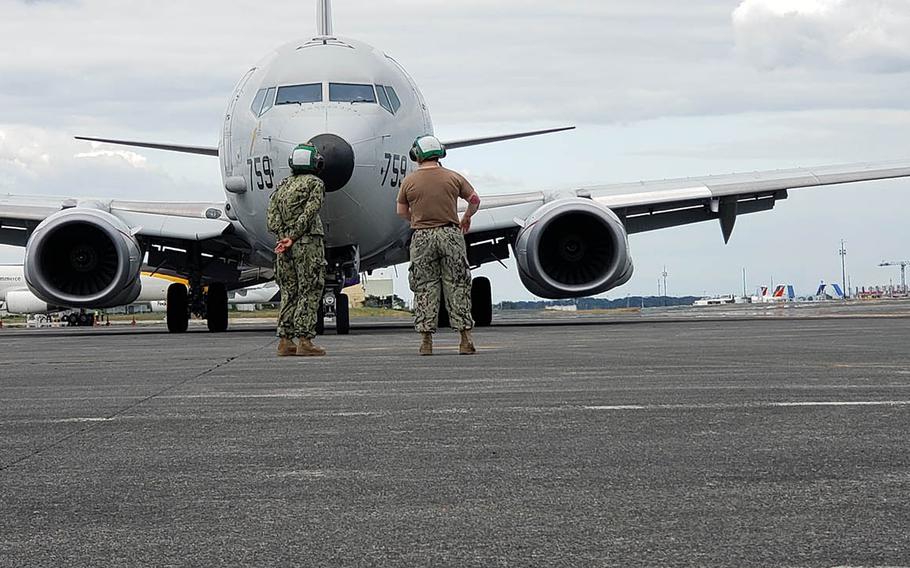 U.S. Navy aircraft based on Boeing 737 jetliner designs are not affected by the grounding of civilian planes, a Naval Air Forces spokesman said Thursday.

Navy P-8A Poseidons and C-40 Clippers are based on 737 designs that are different than the grounded aircraft, Naval Air Forces spokesman Lt. Travis Callaghan said in an email.

“The Navy’s P-8A Poseidon is not based on the 737-800MAX that is currently the focus of the recent civil aviation accidents, therefore any potential issues with that aircraft would not affect the P-8,” he said. “Additionally, it would not affect our fleet of C-40 Clippers, which are based on a different 737 model as well.”

The P-8A, an anti-submarine patrol and reconnaissance aircraft, is a version of the commercial 737-800 airliner that the Navy first deployed in December 2013 to replace the older P-3 Orion, according to Boeing’s website.

The FAA certified the 737 Max 8, the first in the Max series, for commercial service in March 2017, according to Boeing.

The C-40, which first deployed in 2001, supports the fleet with long-range airlift of cargo and passengers, according to Naval Air Systems Command.

The Navy showed off the Poseidon at airshows in India and Australia last month. A P-8A, assigned to Patrol Squadron 16, was scheduled to participate in anti-submarine drills with the Royal Navy and Japan Maritime Self-Defense Force in the western Pacific, according to a Navy statement.