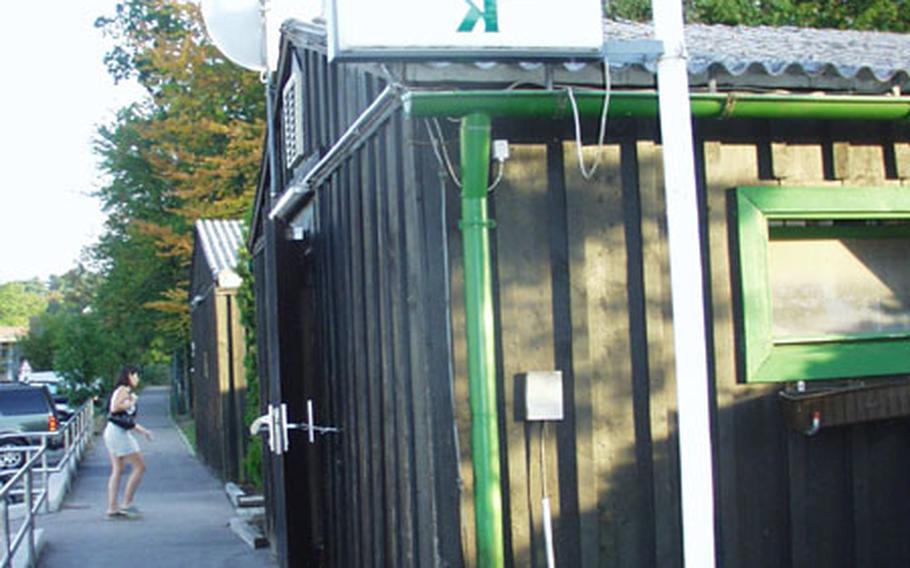 The Backlot bar at Patch Barracks in Stuttgart, Germany, which has been in business since the 1960s, is being closed by base officials, who cited financial and safety reasons. (Charlie Coon / S&S)

The bar is to close in October for financial and safety reasons, according to an e-mailed response from the 6th Area Support Group, which oversees operation of the pub. The site is scheduled to be demolished in January, and a parking lot put in its place.

Patrons said they learned the Backlot was closing from the man who maintains its slot machines. He informed the patrons that the machines were being moved to the nearby Patch Community Club.

The Backlot has operated at a loss of $146,000 over the past three years, according to the ASG. The loss does not include its lucrative slot-machine revenue, which the ASG called &#8220;by far the highest&#8221; of any establishment on base.

According to the 6th ASG, the community club lost $89,000 over the same three-year period, while a third Patch drinking establishment, the Swabian Special Events Center, made a profit of $22,000.

The Backlot bar also required $544,000 in repairs to its electric and fire-safety systems to stay open, according to the ASG. That money would be better spent on other services, it said.

Backlot customers said the base has been pouring money for years into the Swabian, a former officers club, and the community club, where two restaurants have failed in the past five years.

The Backlot&#8217;s kitchen was closed five years ago by the 6th ASG.

Despite the loss of the kitchen, the Backlot kept chugging along. Patrons built a patio in back and a small conference room inside. They painted the place and installed heat, air-conditioning and exhaust systems.

The kitchen opened for parties to celebrate promotions, departures and retirements. No one was charged to bring food and use the kitchen; they just had to clean up afterward.

Inside, flags from different states donated by patrons hang from the ceiling. Harley-Davidson memorabilia and state license plates decorate the place, too. An American Legion wall has pictures of all the presidents from Harry S. Truman through George W. Bush. Certificates of appreciation from past fund-raisers line the walls.

For the past 2&#189; years, the local American Legion has served pancake breakfasts on Sunday mornings.

Plans are for the fund-raising pancake breakfasts and profitable slot machines to be moved to the community club around the corner, according to Gary Miller, a retired Air Force master sergeant from Buffalo, N.Y., and a Backlot patron.