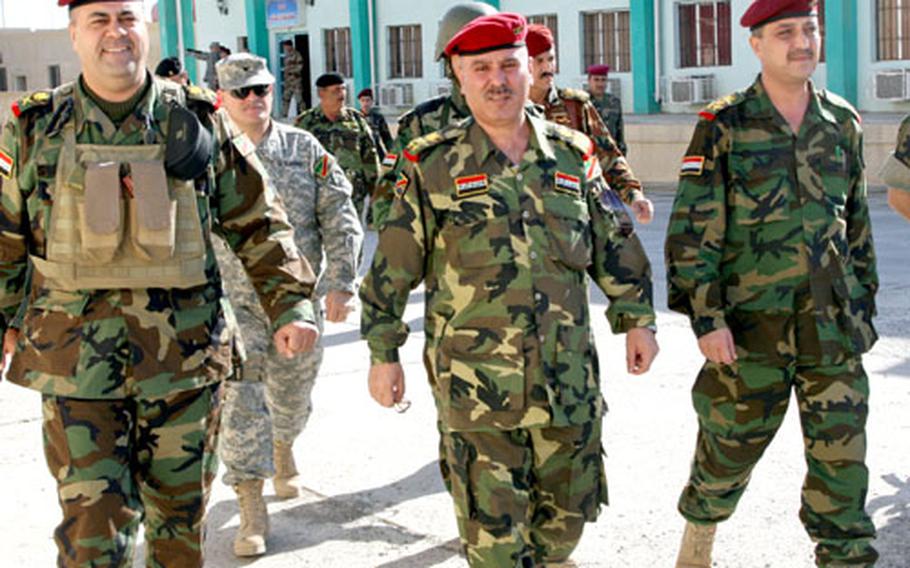 However, he said it was time for new leadership in the 1st Brigade. The typical assignment for that position in the Iraqi army is one or two years.

Saleh had fought his transfer to a division staff job for months, and had previously refused to vacate his post when ordered to do so, according to U.S. officers with the 0411 Military Transition Team, a group of advisers working with 1st Brigade.

However, by Tuesday, when Kamal showed up in person to oversee the transfer of authority, it was clear that Saleh had accepted his reassignment to the staff job.

Saleh, known as &#8220;General A.J.,&#8221; was popular with U.S. advisers and known by those who served alongside him as a highly capable officer. His departure has raised some concerns that progress U.S. advisers have made in building up the 4th Division&#8217;s 1st Brigade would suffer.

But Chang, 44, of Honolulu, said the team would continue to move forward with its mission.