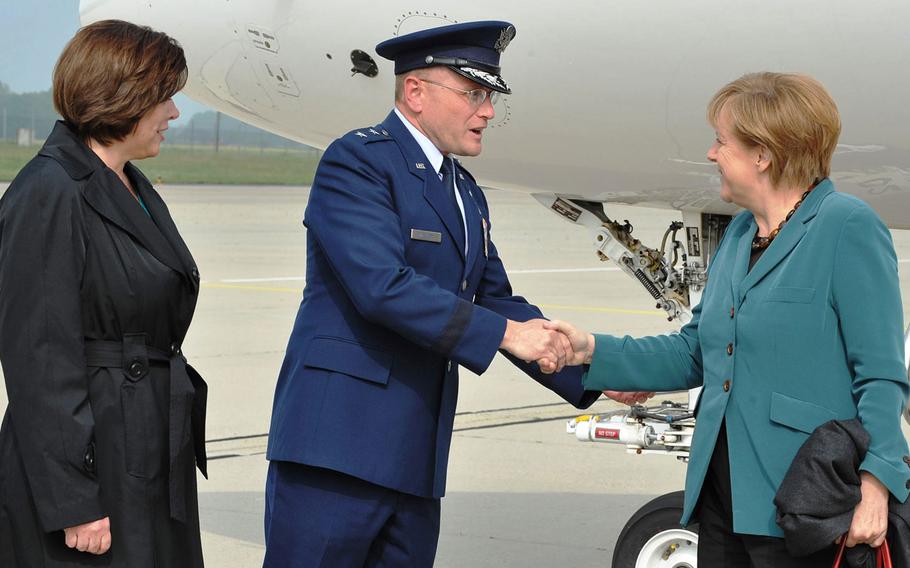 Seventy years after the end of World War II, almost three-quarters of Americans now regard former enemy Germany as a reliable ally, and just more than half think the European country’s military should play a greater role in global peacekeeping, according to a Pew Research Center survey released Thursday.

Germany surrendered unconditionally to Allied forces on May 7, 1945, after roughly 200,000 Americans lost their lives in the European theater. Estimates put Germany’s death toll at 7 million to 8 million.

The positive attitude goes both ways: 62 percent of Germans polled trust the United States, the survey found. A majority of Germans, 57 percent, said it’s more important for their country to have strong ties with the U.S. than with Russia.

German public opinion on U.S. policy tanked in 2003 over opposition to the U.S. invasion of Iraq. The George W. Bush administration claimed Saddam Hussein had weapons of mass destruction, such as nuclear bombs, that were an imminent threat to America. German Chancellor Gerhard Schröder opposed the invasion.

More recently, ties between the two countries have been strained with disclosures that the U.S. had been spying on its ally. Last year, Germany accused two of its government staffers of spying for the U.S. and responded by asking the top CIA official in Germany to leave the country.

This recent history has apparently not led to wide and permanent disapproval of the U.S., based on Pew’s telephone survey in Germany among 963 people from Feb. 24-25. Pew polled 1,003 people in the U.S. from Feb. 26 to March 1.

Fifty-nine percent of the Germans approved of how President Barack Obama deals with their country, and 71 percent think Chancellor Angela Merkel is doing a good job in managing ties with the U.S.

Most Germans remain reluctant to let their military play a larger global role.

Many Americans, on the other hand, would welcome such actions by Germany, with just over half of U.S. respondents saying they think it “should play a more active military role in maintaining peace and stability.”

Those surveyed also viewed postwar history somewhat differently based on where they lived.

Surprisingly, the survey found that just over half of American adults under age 30 were most likely to cite WWII and the Holocaust as the memory that first comes to mind when thinking of the two countries, compared with only 40 percent of Americans 65 and older.