Politics is new battlefield for veterans of Iraq, Afghanistan 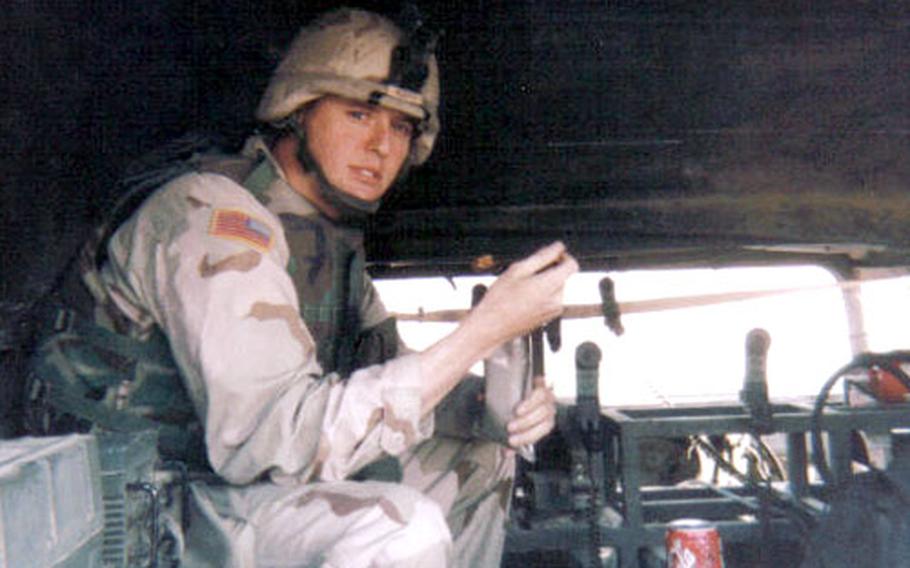 Army Capt. Patrick Murphy saw firsthand what life on the ground is like in Iraq. Now back at home and largely in civilian mode, he is running for a congressional seat in Pennsylvania. (Courtesy of Patrick Murphy)

Army Capt. Patrick Murphy saw firsthand what life on the ground is like in Iraq. Now back at home and largely in civilian mode, he is running for a congressional seat in Pennsylvania. (Courtesy of Patrick Murphy) But there were other things that Murphy saw in Iraq that stuck with him and disturbed him. Things he wanted to change.

Military protocol dictated that Murphy keep quiet and do his job while in the war zone. Now on Individual Ready Reserve status, Murphy is speaking out as the Democratic candidate for the 8th Congressional District, which covers the easternmost part of Pennsylvania, including parts of Philadelphia.

He has survived one test, defeating former Bucks County Commissioner Andy Warren in a Democratic primary on May 16. He will face freshman Mike Fitzgerald, whom he called a &#8220;rubber stamp for the Bush administration,&#8221; on Nov. 7.

Murphy is one of about a dozen veterans of Iraq and Afghanistan who are back home running for Congress, looking to serve their country in a different way. While their military service unites them, they are as diverse a group as any sampling of congressional candidates.

He advocates a responsible exit strategy, with &#8220;benchmarks and a time line.&#8221; He says President Bush has &#8220;neither the vision nor the courage to take bold steps to end the fighting.&#8221;

Van Taylor knows about the chaos of Iraq as well. Marine Capt. Taylor entered Iraq at the early stages of the invasion and fought with the 2nd Force Reconnaissance Company.

Back in Texas, Taylor also is running for a congressional seat this year, but as a Republican. Taylor, a Waco businessman, faces eight-term incumbent U.S. Rep. Chet Edwards in November.

A Marine who joined the reserves so he could continue serving his country while he attended Harvard Business School, Taylor said a political campaign bears many similarities to military service in combat.

Vets head to WashingtonNewly minted vets like Taylor and Murphy are part of a resurgence of veterans vying for spots on Capitol Hill.

Veterans&#8217; numbers in Congress have been shrinking since the 1970s, said Richard Kohn, a history professor and chair of the Curriculum in Peace, War and Defense at the University of North Carolina-Chapel Hill.

Those with some form of military experience held more than 70 percent of congressional seats in the 1970s, he said. That number has fallen to between 25 percent and 30 percent.

With two wars going on and their effects at the forefront of American voters&#8217; mind, the Iraq and Afghanistan vets have an uncommon experience and selling point, he said.

&#8220;Their military service is their hook, their distinctive characteristic,&#8221; Kohn said, adding that more than 50 veterans are running for office this fall. &#8220;But they are running as complete candidates if they can.&#8221;

Most of those veterans of Iraq and Afghanistan fighting are running under the banner of the Democratic Party, which has long been viewed as weak on national defense, Kohn said.

Because of their service, these veteran candidates might find themselves immune to those accusations, he said.

A successful veteran-candidate will campaign on more than his or her military record, and the Democrats won&#8217;t be bolstered on national security issues just because those candidates are running, said Amy Walter, a senior editor for the Cook Political Report, a nonpartisan publication that tracks U.S. elections.

&#8220;It&#8217;s like saying the Republicans are getting a whole bunch of teachers to run because they&#8217;re perceived to be weak on education,&#8221; Walter said, adding that congressional races are largely local affairs. &#8220;Whether they win or lose is going to have less to do with their service and more with their ability to run a campaign.&#8221;

While their political leanings may differ, Taylor and Murphy both said they see their military service as something that has helped them as they go through the rigors of a campaign and, hopefully, a political career.