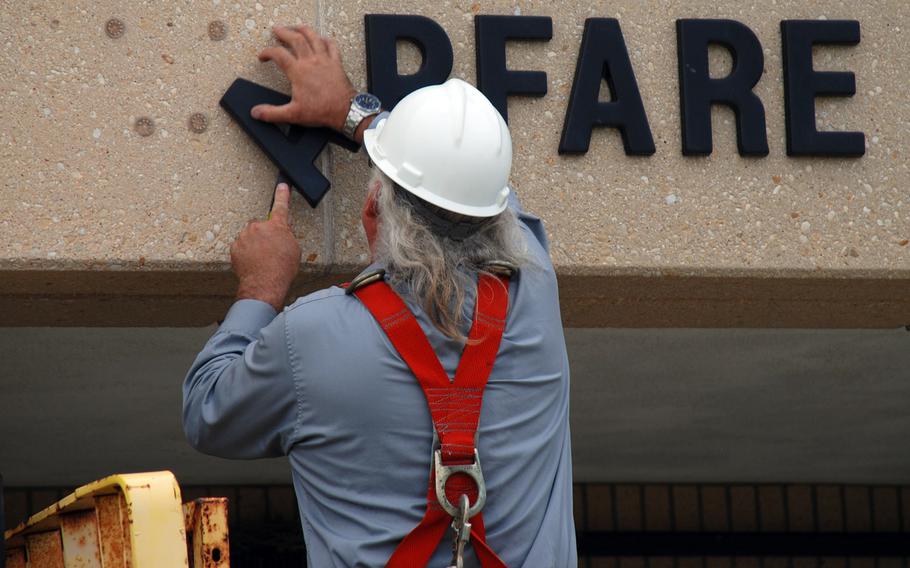 WASHINGTON — Longtime efforts to streamline the military through the Base Realignment and Closure process are dead for now, as communities play a larger role in thwarting the moves especially in the midst of an election year, Congressman Adam Smith said Tuesday.

These communities in recent years have better mobilized to fend off BRAC for fear of seeing an economic hit, such as the loss of jobs or other concerns, said Smith, D-Wash., and the ranking Democrat on the House Armed Services Committee.

“Very small groups of interest have developed an enormous amount of power to stop things from happening that they don’t want to happen. So BRAC has become more difficult because communities have organized more strongly to try and prevent it,” Smith told an audience at the Cato Institute, a libertarian think tank in Washington, D.C.

With several failed BRAC votes on Capitol Hill in recent years, Smith said he suspected “Secretary Mattis and President Trump did not want to tilt at this particular windmill this year… it’s proven to be very difficult politically to accomplish.”

Last month, the Pentagon released a 2019 budget plan seeking a 10 percent hike in funding to $686.1 billion to increase the size and might of the military. But the plan was largely absent of traditional spending reforms, such as BRAC or management restructuring, and could add to a ballooning U.S. deficit along the way.

“It’s a lot more fun to spend money than it is to reduce,” White House Management and Budget Director Mick Mulvaney said last month during a Senate hearing. “It’s incumbent upon all of us to start making difficult decisions to decide together as a legislature, as an administration, are these deficits that we are willing to tolerate?”

The effort to reign in wasteful spending through the BRAC process has been upended in a heightened political environment, Smith said. One potential option is giving the Pentagon more flexibility to move assets and shut down some facilities through new legislation, the congressman said.

“Most people have surrendered on the idea of getting another BRAC round anytime soon,” he said. But “the military is particularly hamstrung right now in their ability to move assets.”

Smith teamed up with Christopher Preble, the Cato Institute’s vice president for defense and foreign policy studies, to tackle the BRAC issue in a new piece for Strategic Studies Quarterly. Preble argued Wednesday that there are several models of successful BRAC efforts that have helped revitalize communities.

For example, Preble pointed to the 1990s BRAC effort in Austin, Texas, which led to the opening of the Austin-Bergstrom International Airport. The city, strained by a fast-growing population and limited space, converted the former Bergstrom Air Force Base to a much-needed new airport close to its center.

Today, the city’s airport is a jewel to its technology and tourism sectors, as it now hosts a long list of annual events, from the South by Southwest festival to its Circuit of the Americas racetrack.

“The closure of the Air Force base solved the problem for the city of Austin,” Preble said. “I think you would find very few people in Austin who would look back at that in a negative light.”

That said, each case is unique and different, he said. There’s more pushback against base closures in smaller communities where the economic picture appears more precarious.