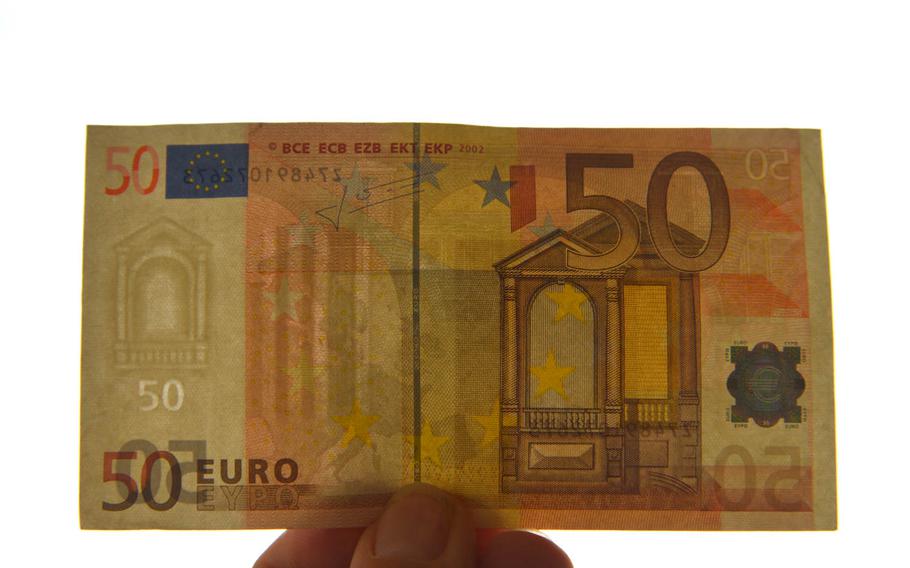 Holograms, watermarks and security strips are some ways to see if euro bills are real or counterfeit. (Michael Abrams/Stars and Stripes)

KAISERSLAUTERN, Germany — Counterfeit euro bills have been circulating in the area of Kaiserslautern, Landstuhl and Pirmasens in recent days, and police are advising people to check their money carefully.

Someone has been circulating counterfeit 20, 50 and 100 euro bills, police said.

Identifying a counterfeit bill is difficult, but there are a number of security markers embedded in valid bills that counterfeiters cannot copy, police said.

Consumers should take the time to look for them because circulating false notes is a crime.

How to identify those markers: feel, look, tilt.

The European Central Bank has developed an interactive graphic detailing all the security features on the euro bills.