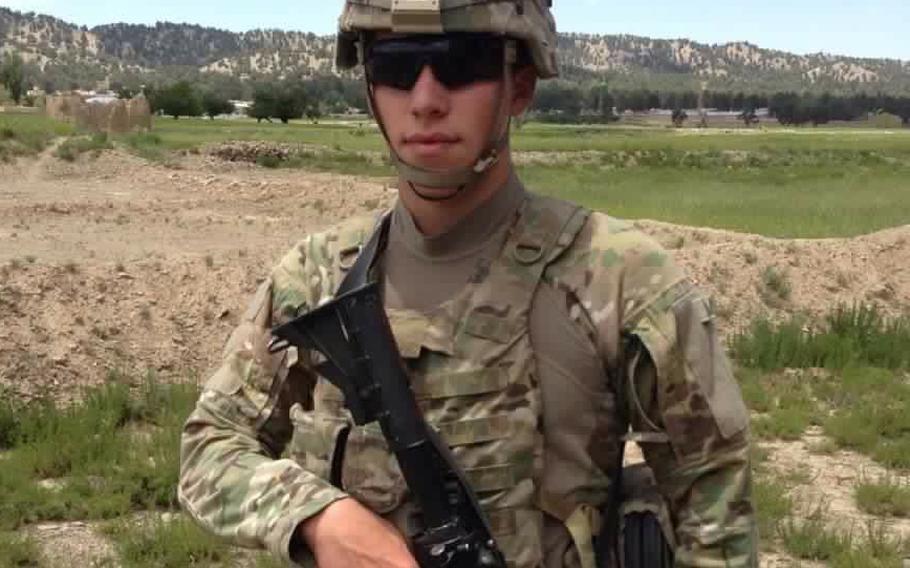 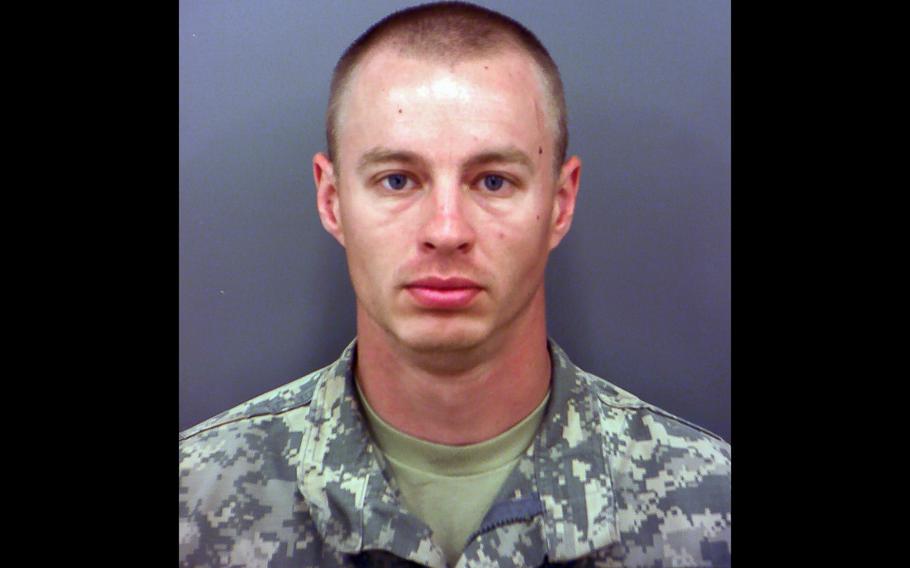 Brandon Olsen, 27, was charged with capital murder along with four other suspects following the death of Tyler Kaden Croke in El Paso. Olsen is stationed at Fort Bliss, according to an installation spokesperson. (El Paso Police Department) 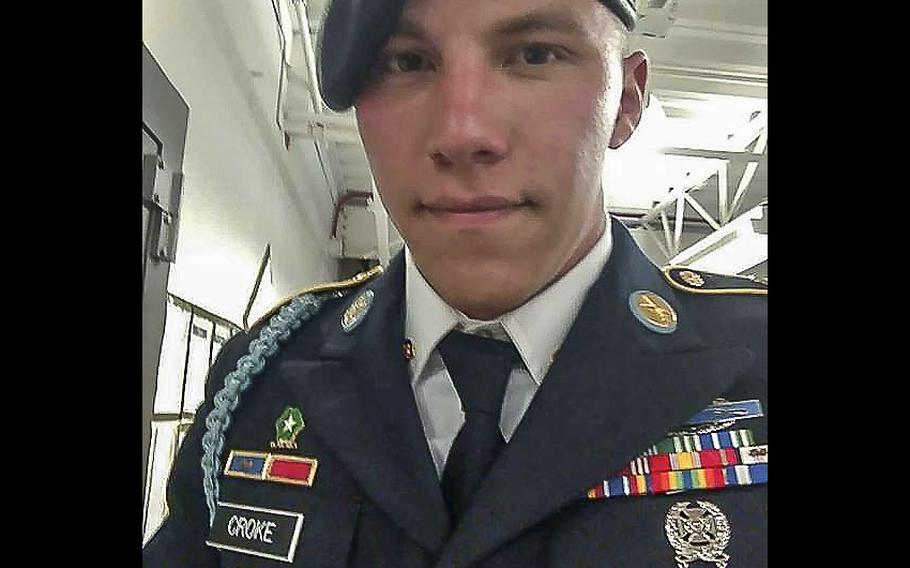 Tyler Kaden Croke, 23, an Afghanistan veteran, was murdered during a botched drug robbery in El Paso on May 7, 2017. (Facebook)

SAN ANTONIO — An Afghanistan veteran was stabbed to death in El Paso, according to court filings that recount a botched drug theft and the gruesome killing of a 23-year-old allegedly carried out by suspects connected to nearby Fort Bliss.

Tyler Kaden Croke pleaded for his life before his throat was slashed by two suspects during the robbery at Croke’s apartment in El Paso on May 7, according to a recently released complaint affidavit filed by El Paso Police and filed in El Paso County Court.

Five people were arrested in connection with the incident and charged with murder, according to El Paso Police. That includes Brandon Olsen, 27, who is assigned to Fort Bliss, said Mike Brantley, a 1st Armored Division spokesman at Fort Bliss.

In a handout mugshot provided by the El Paso police, Olsen is wearing an Army uniform with his name and “U.S Army” stripped off his chest.

Two suspects, Zachary Johnston, 20, and Adam Acosta, 19, were recently forced out of the Army, though the circumstances of their discharge is unclear at this time, Brantley said Friday. It was unclear Friday whether the suspects and victim all knew each other or served together.

The remaining two suspects, Tristan Hunter Chilton, 21, and Stephanie Fernandez, 28, were arrested together in El Paso. The arrest of Chilton led to a graphic narrative of the plot to steal narcotics from Croke in the early morning.

Chilton told investigators that Acosta entered the apartment wielding a shotgun, and after a struggle, Chilton held Croke’s legs as Olsen and Johnston wrestled him to the ground.

Johnston allegedly cut and slashed Croke’s throat with a knife, and Olsen allegedly committed the stabbing that killed Croke as he tried to crawl away, according to the police document.

Police responded to the scene after a neighbor called them to say she heard loud footsteps and a man pleading for his life, according to the document.

The suspects fled in a black Nissan XTerra, which was seen by a witnesses that night, including decals that helped identify the vehicle later, along with surveillance video, according to the document.

Visitation services were held May 15 in Salem, Virginia, where Croke spent some of his early years, according to the Roanoke Times. He is survived by a wife and baby son, the paper reported.

During his enlistment, Croke was an infantryman stationed at Fort Bliss with 1st Brigade, 1st Armored Division, Brantley said.