Police ban all firearms in Diyala 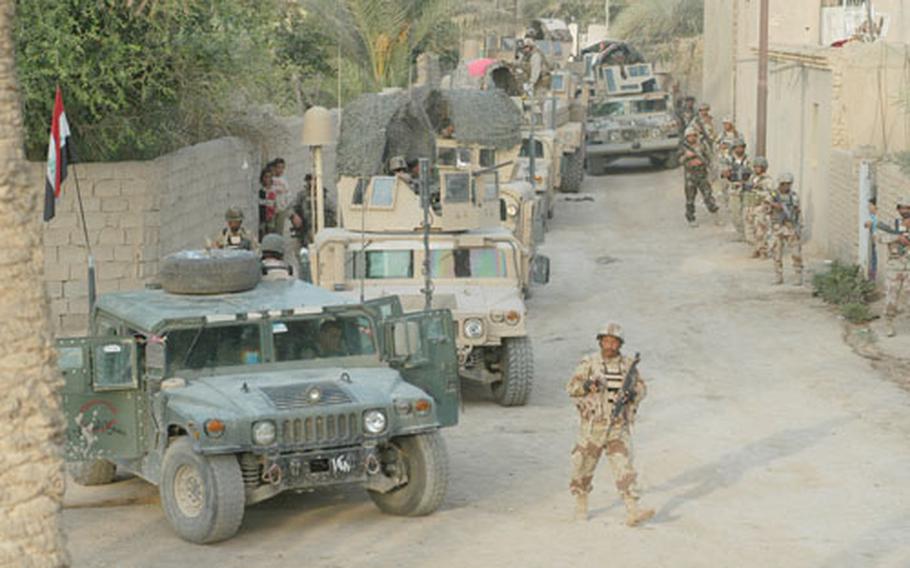 DIYALA PROVINCE, Iraq &#8212; The police chief of this restive province has ordered a ban on all firearms, including AK-47 rifles to which every Iraqi household is entitled.

"No civilians can have them or they will be detained," warned Khaleef through a translator on Monday. He added that only Iraqi security forces and government security guards will be allowed to possess the weapons.

The blanket ban is Khaleef&#8217;s attempt to sway violence in a region not fully secured yet. He plans to send Iraqi police throughout the province to collect weapons.

"I will go after the criminals until we get them all," he said, adding that the ban will stay in effect for as long as he&#8217;s in charge.

It was unclear whether the ban included the region&#8217;s "Sons of Iraq," U.S.-backed armed civilian security groups.

A U.S. official said it was unlikely that the ban was a "back-door" way to get rid of the groups, which Shiite leaders in the central government have begun to target, according to reports.

Under Iraqi law, each household has the right to have an AK-47 rifle and one magazine of ammunition.

American officials believe the security tactic may be part of a ploy to remove weapons from Sunnis in a province run by a Shiite-led government. Iraqi security forces have already detained a majority of Sunnis in the offensive "Good Tidings of Benevolence," intended to secure the region for the provincial government to work effectively.

But leaving Sunni Iraqis to the protection of what they perceive is a biased police force is not the way to go, Noel said.

"It&#8217;s something that needs some clarification," he said.

Iraqi Lt. Gen. Ali Ghaidan, the commander of all Iraqi army ground forces, denied his forces were being used for sectarian and political purposes in Diyala.

"We are not racists," he said. "We have arrested Shiites and Sunnis."

He did say that most of the 700 suspects detained in the Diyala offensive conducted since late July have been Sunnis.