Poetry breathed into life from the mouth of a Cobra 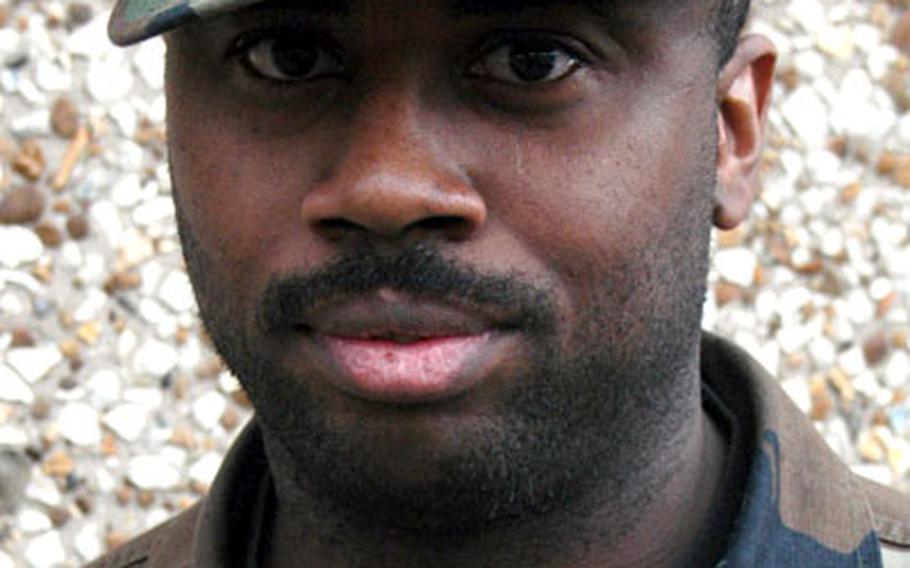 A few hours before the semifinals of the United Kingdom&#8217;s national poetry slam championship in London, the poet known as &#8220;Deep Cobra&#8221; was pretty serene for a man about to perform in front of a large group of peers and judges.

Like all the poets at the rehearsal, he took the stage without notes or lyrics, performing a practice piece from memory without missing a beat.

On March 9, Seivwright cleared the semifinals in the U.K. national competition and moved into the final round two days later, a Saturday afternoon affair filmed by a local MTV affiliate.

It was a significant step for the 35-year-old. The American poet, the only one in the competition, was one of less than two dozen performers in the country picked to compete as part of an event called Spokefest, held at London&#8217;s Theatre Royal Stratford East earlier this month.

Still, it&#8217;s a familiar position for Seivwright, who has performed at similar national-level events in Germany and the Netherlands in previous years, where he placed fourth and fifth, respectively.

One thing he definitely doesn&#8217;t have to worry about is a shortage of material.

His prolific writing and performing have earned him a reputation in London poetry circles, where people just call him Cobra.

For Seivwright, poetry is a catharsis for a tough childhood that began in a London suburb, before he moved to the States to follow an Air Force stepfather&#8217;s move from base to base.

His early experiences have become the source for much of the work in the two books and two albums he&#8217;s produced and is the basis for the poetry he used in the U.K. semis.

The first was about a little boy trying to get home from an inner city area, he said.

Those experiences are also part of the inspiration for Seivwright&#8217;s stage name. As a youngster, he watched a handler draw venom from a snake&#8217;s fangs, and the idea that a poison, once released, could take on healing properties seemed germane to his poetry.

In this month&#8217;s poetry slam, participants were judged on a 10-point system by a panel of five judges, scoring them on the quality of two poems and the power of their performance. After the semifinal round, Seivwright was in third place, just .8 of a point behind the leader.

In the final, however, Seivwright said he had a good first round but got mixed up in the middle of his second poem, had to transition to a different one, and went over the three-minute time limit, costing him points. When the final tally was announced, he was fifth.

But Seivwright said he isn&#8217;t really bothered by competitions and prefers to use his poetry to teach and inspire. Indeed, he often recites at schools and youth events both in and outside of the military community. He also has his poetry on a Web site: www.mervynseivwright.com.