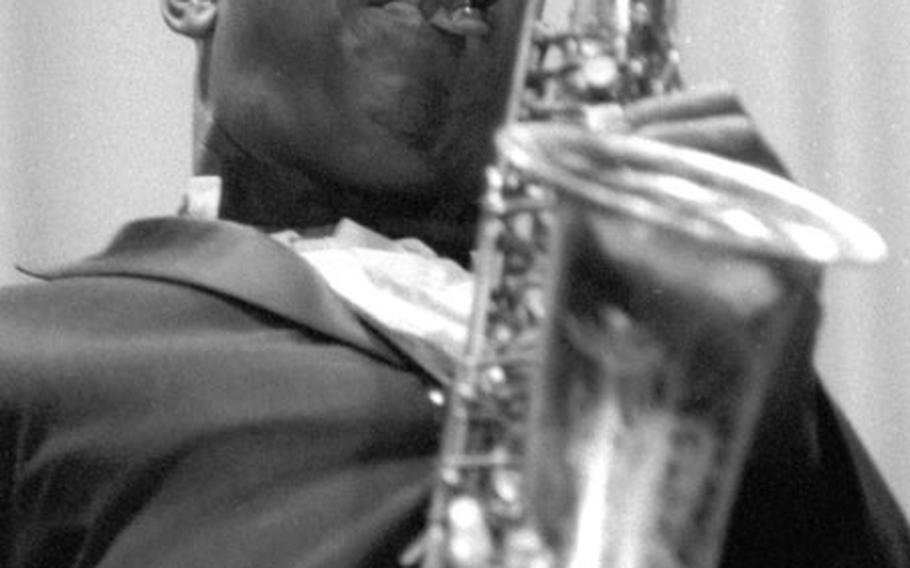 John Coltrane performs at the Kongresshalle in Frankfurt, Germany, in March, 1960. (Gus Schuettler / ©Stars and Stripes)

John Coltrane performs at the Kongresshalle in Frankfurt, Germany, in March, 1960. (Gus Schuettler / ©Stars and Stripes) 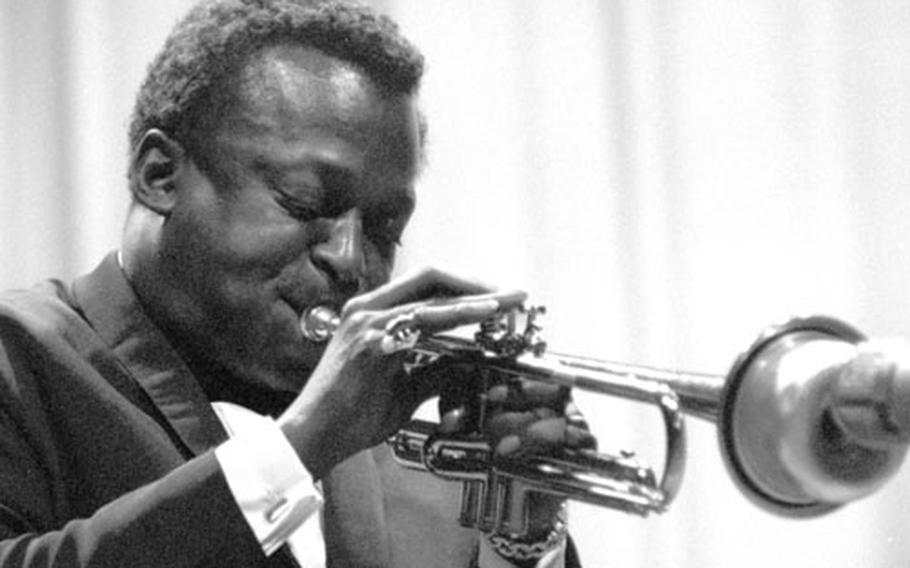 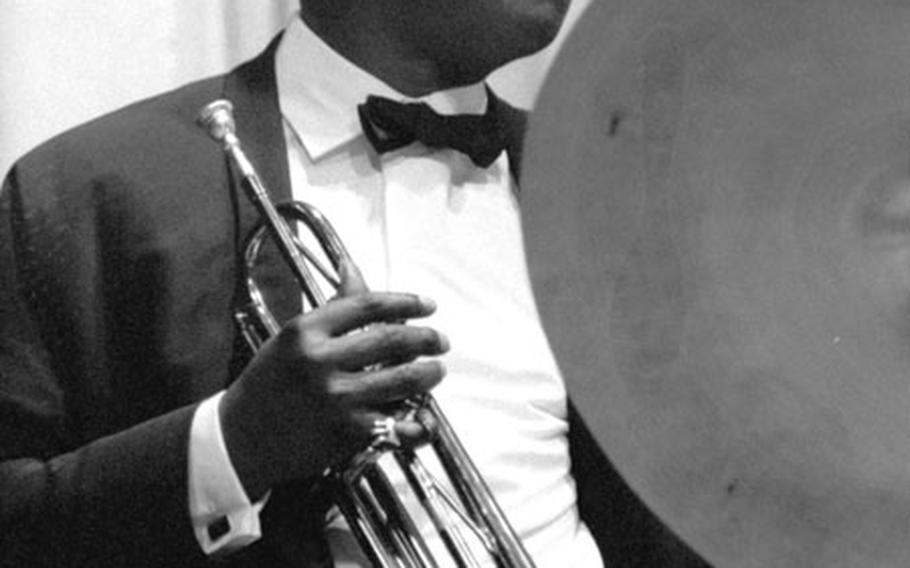 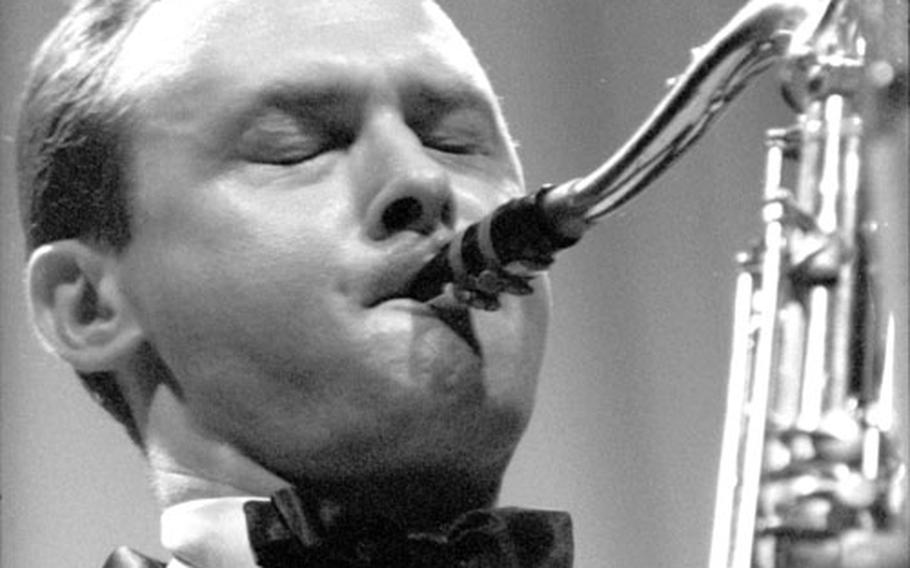 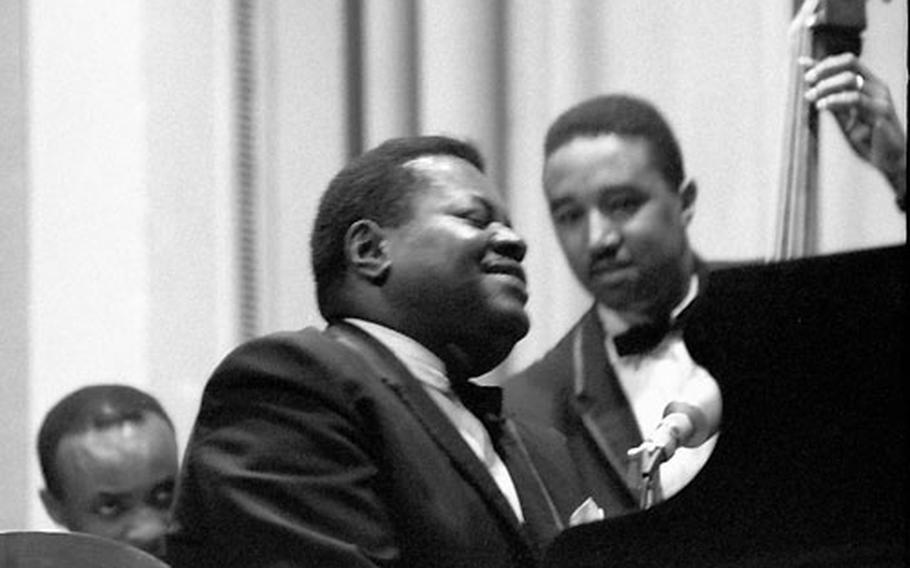 MODERN JAZZ, as controversial as snails &mdash; tasty to some, repugnant to others &mdash; has been served up of late on a brass-and-ivory platter to jazz fans in Europe; not in small morsels but in king-size bites.

Maitre d' Norman Granz, who is to jazz concert tours as P.T. Barnum was to the circus circuit, is winding up his second Jazz at the Philharmonic tour of the still young year.

Frankfurt's Messe Kongresshalle served as the dining hall for a recent potpourri of "cool" music with trumpet maestro Miles Davis and his quintet served up as the piece de resistance. And Stars and Stripes' Guenter Schuettler has recorded highlights of that one-night, two-concert stand.

Modern jazz followers &mdash; those who "understand" as well as those who are learning, and those who admit they don't quite dig it &mdash; were able to sit in judgment on the radically different tenor saxophone interpretations of Stan Getz. Despite his still tender 33 years Getz has reigned supreme with his lyrical phrasings since succeeding Prez and Hawk. They also heard Coltrane, the brash, young Davis sideman who travels the chords in a frantic fashion in his quest for Getz' throne.

They viewed in wonder the fantastic manipulations with hands and bow of Ray Brown, who has done more than any other bassist to bring the large, awkward instrument from the symphony orchestra's back row to the forefront of the jazz podium. And they saw, too, Brown's leading challenger, youthful Paul Chambers, who provides a sensual rhythm for the Davis combo.

Although it was Davis, the fabulous master of the trumpet (and in Frankfurt it was burnished to a glistening green) who was instrumental in drawing capacity crowds, fans and critics alike left the hall echoing praises of Peterson, the Canadian-born genius of the eighty-eights.

Backed by bassist Brown and drummer Ed Thigpen &mdash; who calls into brilliant play the use of hands, fingers and elbows as well as sticks and brushes, the chanting Peterson literally stole the show in virtually every city with his rendition of standards and jazz classics alike.

Wynton Kelly, hailed as a future piano great, and Jimmy Cobb, the hard-working drumming protege of Davis, joined Chambers in backing Miles and Coltrane, while Scandinavian pianist Jan Johanson teamed with Brown and Thigpen to provide the rhythm for Getz' melodic offerings.

It was a feast and it only served to whet the appetites of the jazz fans in Europe for more exquisite cuisines.