Playing for laughs at Yokosuka theater with ‘California Suite’ 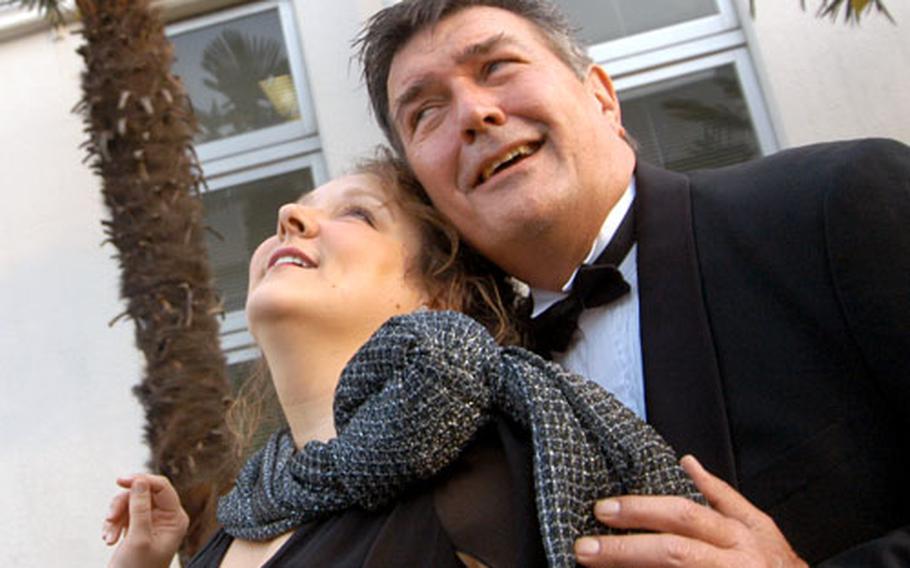 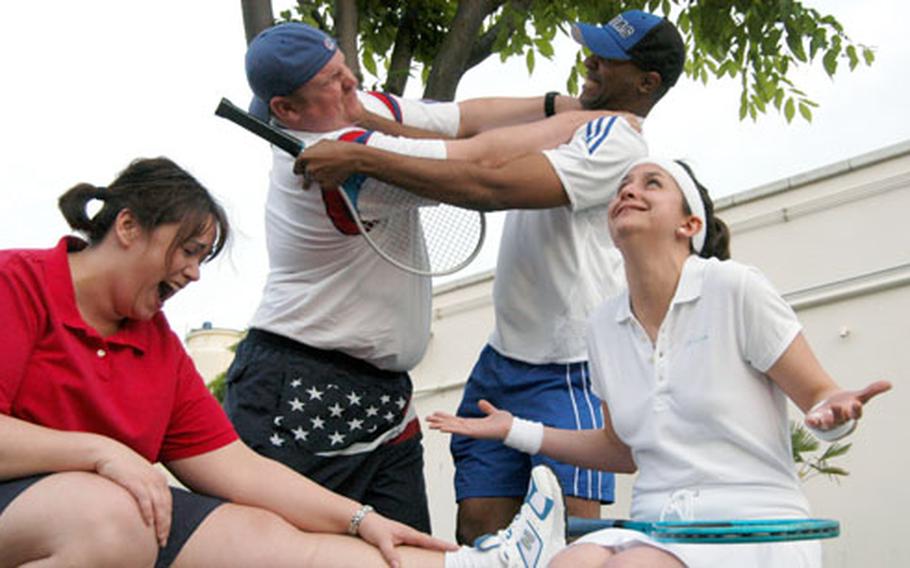 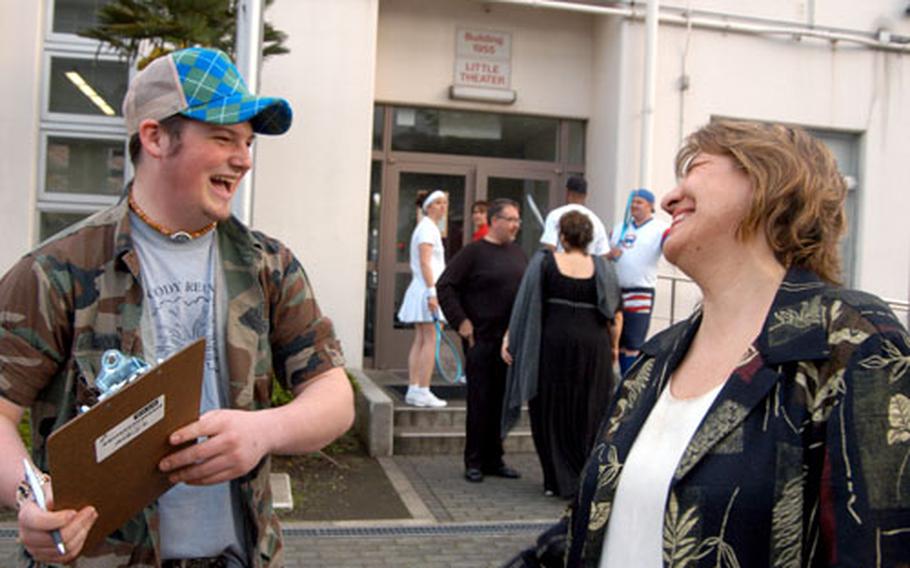 “California Suite” volunteer Chris Woody laughs with actress Nancy Kelley-Burne as they get the prop list together outside of the Little Theater Yokosuka Naval Base in Japan. (Allison Batdorff / S&S)

But the playwright might have had him in mind when he wrote &#8220;California Suite,&#8221; jokes Patti Fitts.

In everyday life, Kasparek is a mild-mannered school-age program coordinator. But at Monday&#8217;s rehearsal at Yokosuka Naval Base&#8217;s Little Theater, he was cracking everyone up as the hot-tempered Mort Hollender, one of the players in Simon&#8217;s &#8220;California Suite.&#8221;

Fitts, a Department of Defense Dependents Schools teacher, then becomes Beth Hollender and starts yelling, too. Then all slapstick breaks loose in Suite 203 and 204 as the Yokosuka International Players prepare for Thursday&#8217;s and Saturday&#8217;s performances.

&#8220;This play really runs the gamut of comedy, from cerebral to farce to slapstick,&#8221; said director Bill Spearman.

YIP, formerly the Yokosuka Little Theater Group, has been around for decades and actually performed &#8220;California Suite&#8221; 20 years ago, said Winton &#8220;Winky&#8221; White, who is running the sound and lights.

So why do they give up their nights for weeks on end for three performances?

It&#8217;s not just to raise money for scholarships for Nile C. Kinnick High School graduates, White said, though that is part of it.

Tickets: $10 at the door. Sales begin 30 minutes before each show.

Reservations available at yokosukainternationalplayers@yahoo.com but not required

&#8220;California Suite&#8221; volunteer Chris Woody laughs with actress Nancy Kelley-Burne as they get the prop list together outside of the Little Theater Yokosuka Naval Base in Japan.