Cast members practice the opening number from “Ragtime” during rehearsal last week. The production is the biggest show to be put on by the Pacific Okinawa Players, with more than 50 servicemembers, civilians and family members participating at Camp Foster, Okinawa. From the left are Harold Hodge Jr., John Hampton, Air Force Staff Sgt. Jamaal Solomon at the piano, Danielle Quarterman, and Airman First Class Tiffany Porterfield. (Natasha Lee / S&S) 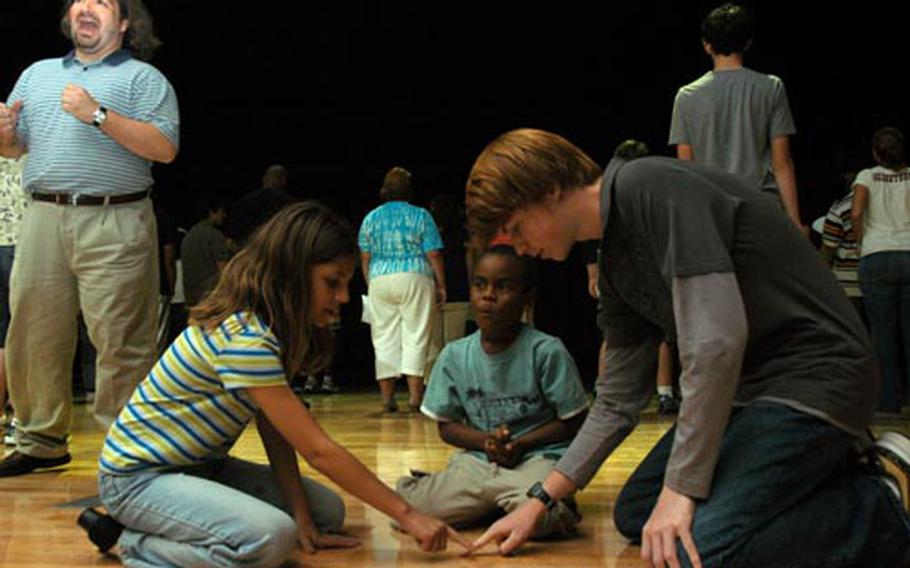 He was active in his college theater and performed around the world with the Air Force&#8217;s "Tops in Blue."

So when he arrived on Okinawa two years ago, he didn&#8217;t skip a beat in joining other military thespians and performers with the Pacific Okinawa Players.

Since then, he&#8217;s been a part of every POPS production and recently snagged one of the leading roles in the theater group&#8217;s upcoming production of "Ragtime: The Musical."

The show is an adaptation of E.L. Doctorow&#8217;s 1975 novel about race, immigration, wealth and the struggle for truth and freedom in 1900s America.

Solomon said he hopes the audience will be moved by the cast&#8217;s performance.

The nonprofit community theater has been entertaining servicemembers and their families on Okinawa for more than 20 years.

"It&#8217;s filling a void for American theater," said "Ragtime" director and POPS president Stephanie Jones, who&#8217;s been with the group for five years.

POPS produces four to five shows a year. Past shows have included "Joseph and the Amazing Technicolor Dreamcoat," "The Lion, the Witch and the Wardrobe" and "Disney&#8217;s Beauty and the Beast."

With more than 50 in the cast and crew, "Ragtime" will be POPS&#8217; largest production, Jones said.

And, despite deployments, military commitments and hectic work schedules, the show goes on. Servicemembers take scripts with them on deployments and rejoin rehearsals or performances when they return, Jones said.

Air Force Staff Sgt. Cory Slater of the 353rd Maintenance Squadron said it&#8217;s hard not to worry about what the audience is thinking when he&#8217;s on stage.

"You want people to think good of the show, but you learn to just be your character, to just sing," he said.

Performing in POPS is a family affair for Slater, whose wife, Anda, also is in the musical.

Slater admits it&#8217;s not always easy to perform in front of your peers, especially depending on your character and costume.

Two years ago, when he portrayed King Edmund in "The Lion, the Witch and the Wardrobe," it was hard to live down his appearance in tights.

"It&#8217;s a family away from family. It lets you be yourself and be comfortable," said Yolanda Clement, a 27-year-old wife of an Army soldier.

On a recent Wednesday night, the cast sang, danced and shimmied through several numbers. They&#8217;ve been rehearsing since August.

Getting into her character of Sarah offers Airman 1st Class Tiffany Porterfield, 25, of the 18th Munitions Squadron, relief from her daytime duty as a munitions tech.

Quarterman said she plans to minor in theater and chorale when she heads off to college next year &#8212; and then take the theater world by storm.