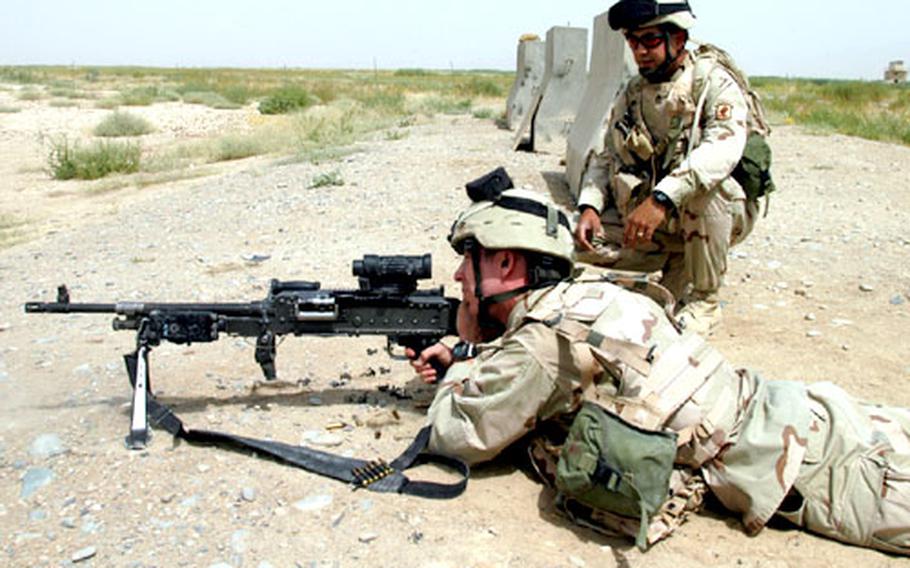 KANDAHAR, Afghanistan &#8212; American forces operating in southern Afghanistan have an extra set of &#8220;battle&#8221; buddies if things ever get really tough.

The 3rd Platoon from Company B, 2nd Battalion, 503rd Parachute Infantry Regiment of the 173rd Airborne Brigade is serving as the Regional Command South quick reaction force, ready within 15 minutes to fly and join other soldiers in a heavy firefight, provide security for a downed aircraft, or even attempt to capture a &#8220;high-value&#8221; enemy target.

Soldiers from the Vicenza, Italy-based &#8220;Battle&#8221; company are in the third week of their monthlong QRF duty.

The duty is rotated between units and not only provides forces with a little extra firepower when needed, but also allows the soldiers a little extra time off.

&#8220;This gives us some training and rest and recreation time,&#8221; said the platoon leader, 1st Lt. Josh Hyland, a 31-year-old former enlisted soldier.

During their month away from the field, in the relative comfort of aluminum barracks and flush toilets, the soldiers are always on call, carrying portable radios when they leave the platoon area.

&#8220;The guys are happy to be in Kandahar and use the phone to call mom or do laundry,&#8221; said Staff Sgt. Shayne Charlesworth, weapons squad leader.

Soldiers spend most of their mornings training.

They mainly cover basic soldiering skills, such as practicing convoy tactics or holding weapons training, which is what they did on Thursday.

Sitting in a large tent, surrounded by soldiers taking apart and reassembling various weapons, Hyland said that they also do about 90 minutes of physical training each day.

And despite the flatness of the Kandahar base, the soldiers know they&#8217;ll again be back in the mountains.

Since taking over QRF duties last month, they have been called out once, providing security for a downed Apache helicopter.

The soldiers spent most of the day under the baking sun &#8212; Hyland said one soldier measured the temperature at 124 degrees &#8212; as work crews prepared pieces of the helicopter to be removed by an aircraft. Then, as the final pieces were lifted off, platoon members blew up what little remained.

They returned that evening to hot chow, showers and air-conditioned trailers.

Despite the benefits of being in Kandahar, soldiers say that being on QRF carries mixed feelings.