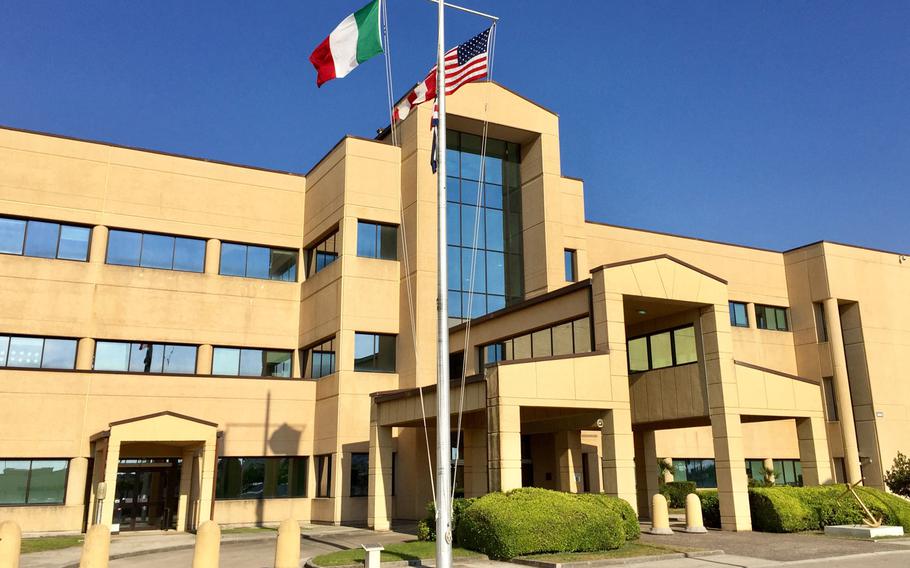 The Defense Department plans to scale down the $42 million U.S. Naval Hospital Naples, Italy, to an outpatient clinic in 2019. (Scott Wyland/Stars and Stripes)

The Defense Department plans to scale down the $42 million U.S. Naval Hospital Naples, Italy, to an outpatient clinic in 2019. (Scott Wyland/Stars and Stripes) 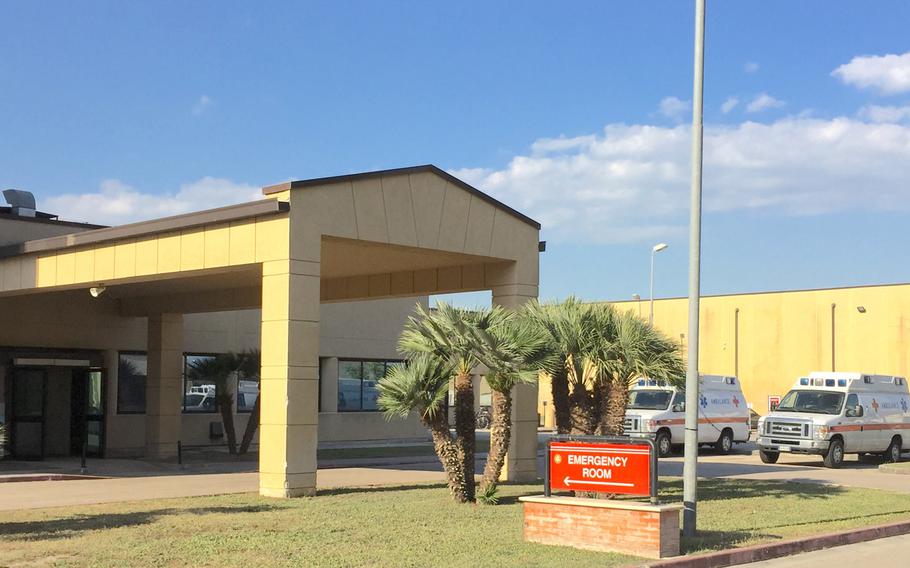 NAPLES, Italy — Kimberlee Ferris gave premature birth three years ago in a hospital where her husband wasn’t allowed in the room and medical staff refused her anesthesia during nine hours of labor.

Ferris, then 22, couldn’t convince the Italian nurses she was in labor and needed painkillers. Her baby began crowning when she was in the bathroom and she was rushed to the delivery room, where her daughter was born 30 minutes later.

“They told me I was just constipated and that’s what was causing my pain,” said Ferris, a Navy spouse who now lives in Silver Spring, Md. “They finally believed me when it was almost too late. My daughter was almost born on the bathroom floor.”

Italian hospitals for years have taken care of surgeries, complicated births and serious illnesses for servicemembers and their families that base hospitals weren’t equipped to handle.

However, a Defense Department plan to scale down the three U.S. military hospitals in Italy has many Americans worried that longstanding problems centered around communication, less pain management and differences in treatment will grow more common.

Base hospitals in Naples, Aviano and Sigonella will be converted to outpatient clinics in 2019, which would end treatment requiring overnight stays.

“We want to make sure that their experience of care is something that doesn’t add to the trauma of the event that they are going through,” Bono said.

Bono said her agency is working to form a network of Italian doctors and nurses who can help American patients better understand the care they will receive.

The agency is also creating liaison teams who will translate and advocate for American patients, Bono said. The agency has already begun hiring in Naples and Sigonella.

Italian hospitals now provide English-speaking liaisons, but Ferris said her liaison left as soon as she was hospitalized and was unavailable by phone. An attentive liaison might help, Ferris said, but it wouldn’t offset the culture shock of giving birth in a foreign hospital.

“Everything is different than on the base,” Ferris said.

The Euro Health Consumer Index, which annually compares health systems based on patient rights, accessibility, outcomes and other factors, ranked healthcare in Italy’s more prosperous North and in Rome highly, compared to its peers on the Continent.

“Whilst it cannot be said that any one region delivers consistently ‘poor’ health care, it is clear that some regions struggle to provide the same quality as others,” the OECD report stated.

Navy hospitals in Naples and Sigonella, and the Air Force hospital in Aviano are underused as 24-hour facilities, with each averaging one or two patients checking in per night, health officials said.

The low volume doesn’t justify the costs of maintaining full medical centers, and it diminishes the skills of doctors who must stay sharp in case they are sent to a war zone, said Lt. Col. Gabriella Hermes, a Health Agency spokeswoman.

Kimberly Francis, a Navy spouse and mother of two, said the new efforts to help are a good step but won’t change her decision to not have her third child in an Italian hospital, due to differing practices and customs.

Italian cesarean birth rates are high, husbands often aren’t allowed to be with their wives during delivery and, in Italian culture, the patients never question the doctors, said Francis, who worked as a doula in the States, guiding and comforting mothers giving birth.

Naples’ base hospital currently handles low-risk births and refers others to Italian hospitals. Bono wouldn’t confirm whether birthing would be discontinued.

But Francis said it isn’t feasible for a clinic that is not open 24 hours and lacks a full maternity staff to deliver babies.

“Birth is a natural process, much like a tornado,” she said. “We never know exactly how it is going to turn out or which complications are going to arise.”

The military’s decision last year to downsize the three hospitals ran counter to a 2015 Defense Department report that recommended keeping all overseas base hospitals intact because of the added stress Americans would experience at foreign hospitals.

Rebekah Hall, whose husband is a sailor in Naples, agrees that a foreign hospital can compound a stressful situation.

Earlier this year, her son spent 16 days at an Italian children’s hospital for a fractured skull. He was put in a room with three other children and no air conditioning, and was moved to different rooms twice in two weeks, Hall said.

The hospital didn’t supply toiletries or easy access to a shower. She had to tend to her son’s physical needs, such as giving him medication and washing him — tasks that nurses do at U.S. hospitals, Hall said.

Communication was poor, not only because of the language barrier but because staff members were seldom around and hard to reach by phone, Hall said. Still, the doctors were able and her son recovered, which is what matters most, she said.

“But I do feel that people should be told before coming here that their standard of health care will be less than what they are used to,” Hall said.

A few Americans said they had a better experience at a Neapolitan hospital than a U.S. military facility.

Jennifer Sledd, a longtime Naples resident, said she gave birth at Clinica Mediterranea in Mergellina, a private clinic of her choice that Tricare covered. Her husband and best friend were present during delivery, her 5-year-old daughter was allowed overnight visits and her room had a panoramic ocean view.

Pain medication had to be chosen in advance, something most Americans don’t realize they must do at Italian hospitals, Sledd said.

Overall the care is not nearly as good as U.S. military hospitals, Vassallo Grimes said. For instance, numbing the pain still is not the norm with many procedures, she said.

“If you are getting a colonoscopy in the states, you will receive anesthesia, but in Naples, not so much,” she said.

Stars and Stripes reporter Will Morris contributed to this story.