Plans moving ahead for new Burger King on Ramstein 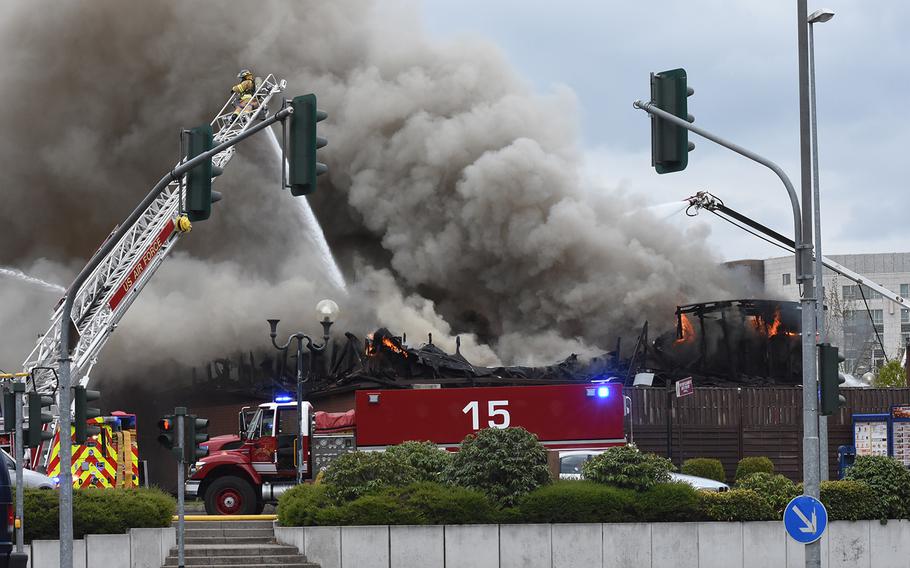 Buy Photo
Heavy smoke rises from the Burger King at Ramstein Air Base, Germany, on Sunday, April 16, 2017. The cause of the fire is under investigation. (Jennifer H. Svan/Stars and Stripes)

KAISERSLAUTERN, Germany — The Army and Air Force Exchange Service is still planning to replace the Burger King on Ramstein Air Base that was destroyed in a fire on Sunday, but officials did not say whether the fire would hasten those plans.

A new combined Burger King and Arby’s drive-thru is scheduled to be finished by August 2019, AAFES spokesman Chris Ward said Tuesday. The project is approved, funding is available and the design is underway, he said in an email.

The Exchange expects to have a location confirmed for the new restaurant by June.

Ward did not say whether that timeline would be changed as result of the fire.

The old Burger King was destroyed in a blaze that raged for hours Sunday and enveloped the restaurant in heavy smoke that could be seen for miles around.

Base officials said Monday the blaze might have started outside the building. The cause of the fire is under investigation.

Ward put the structural loss from the fire at an estimated $1.6 million. It would cost the Exchange about $3 to $4 million to rebuild the same facility, he said.

The building was constructed in 1989. The last major renovation was in 2008, Ward said.

AAFES was able to move the 42 Burger King employees into other food venues within the Kaiserslautern Military Community. Of that number, 19 are local nationals, he said.