Plane found submerged in Japan may be US WWII aircraft 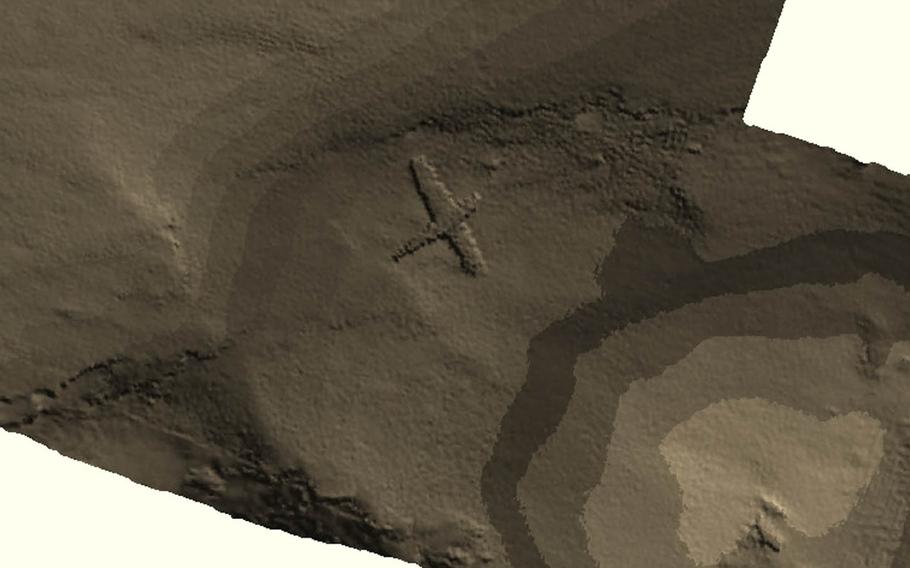 An aircraft can be seen at the bottom of Japan's Oshima Strait last month in this sonar image provided by Windy Network. Japanese researchers believe the plane is American fighter shot down during World War II's Battle of Okinawa. (Courtesy of Windy Network)

An aircraft can be seen at the bottom of Japan's Oshima Strait last month in this sonar image provided by Windy Network. Japanese researchers believe the plane is American fighter shot down during World War II's Battle of Okinawa. (Courtesy of Windy Network) 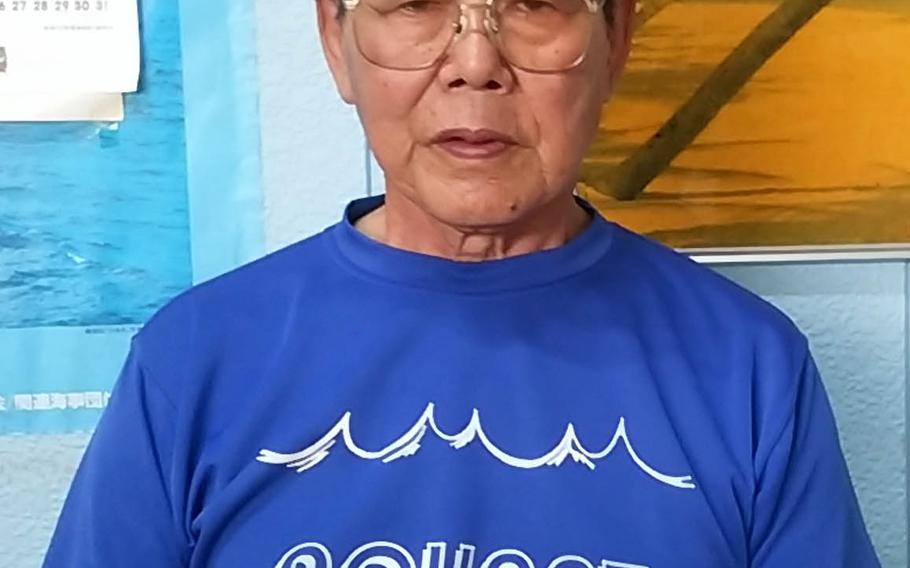 Fujio Sakoda found a plane submerged upside down in Japan's Oshima Strait while fishing in 1987. Japanese researchers believe it is an American fighter shot down during World War II's Battle of Okinawa. (Courtesy of Fujio Sakoda) 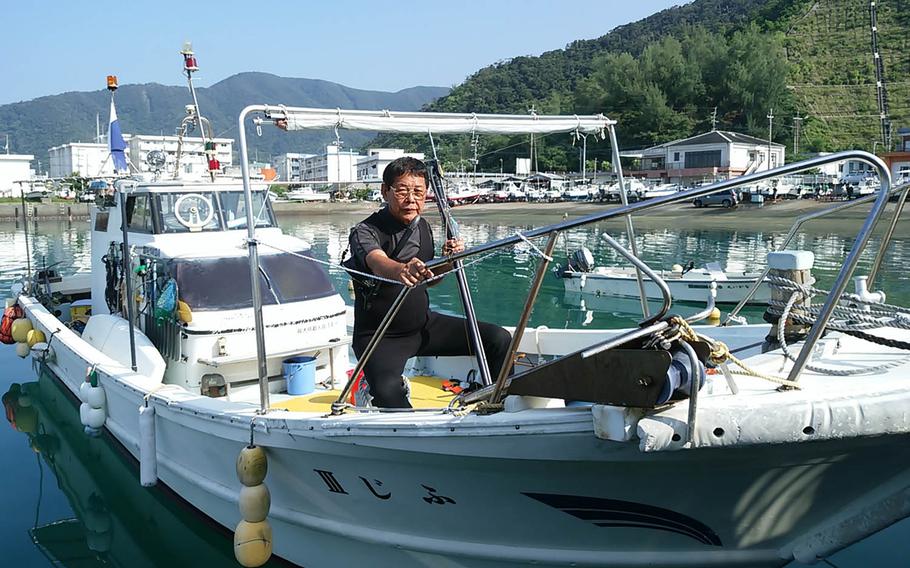 Fujio Sakoda, 80, seen here on his boat earlier this month, still fishes the waters near his Amami-Oshima island home where he spotted what is believed to be an American bomber from World War II. The bomber lies upside down in 150 feet of water. It is unknown if the pilot is still inside, but Sakoda hopes that the U.S. government will investigate. (Courtesy of Ikuo Sakoda)

Fujio Sakoda wasn’t sure what it was, submerged about 150 feet in Oshima Strait.

He was spearfishing in 1987 in the fertile grounds between Amami-Oshima and Kakeromajima islands in Kagoshima prefecture. A fish escaped, so he chased it into the depths.

“Suddenly there was a huge object in front of me,” he said recently from his Amami-Oshima home, which lies between mainland Japan and Okinawa. “I was shocked because I thought it was a shark, but after taking a closer look … I realized that it was a plane.”

Sakoda couldn’t see inside the cockpit because the plane was upside down, but even with the tail missing, he was convinced it was a World War II-era American fighter. It was otherwise intact with four propellers, and he could see the underside of the wings.

“I wiped off the sand and found that it was made of stainless steel, which obviously told me that the plane was not Japanese but American,” he said. “It was still shiny.”

Sakoda told locals, but the nearby town of Setouchi didn’t have the resources to investigate. So the plane stayed there for three more decades.

Because of a chance encounter in August between Sakoda and members of a Japanese marine research firm, the plane’s location has finally been pinpointed and mapped. The researchers have not reported the site to the Japanese or U.S. governments, and they have no plans to photograph or recover the aircraft.

After Stars and Stripes emailed information about the case to the Defense POW/MIA Accounting Agency, a spokeswoman said that officials would look into the case “to see what steps, if any, are possible.”

While the plane carries some historical value, the real issue is whether the pilot’s body is still strapped in the cockpit. Sakoda, now 80, believes that is likely.

“If a thorough survey is conducted, the serial number or something that can identify the airplane might be found,” he said. “Then that could lead to identify the pilot. I wish that happens for the pilot and for his family.”

The story of the plane and its pilot can likely be traced to the Battle of Okinawa, said Kenjiro Machi, curator at the Setouchi Town Library. Machi said air raids by American fighters started about the same time that massive air raids were carried out on Naha, Okinawa, on Oct. 10, 1944.

“After allied forces landed on Okinawa, Amami island became a staging base for military goods for the Imperial Japanese Army on Okinawa,” Machi said. “This became to be known to the U.S. military, who intensified bombing on Amami island.”

Town documents show constant air raids -- about 200 American planes per day. To protect Imperial Army facilities, the Japanese established the Oshima Defense Corps, and anti-aircraft guns were set about the island. According to town documents, American aircraft were shot down in the area, Machi said.

“Most people think that the Battle of Okinawa took place on Okinawa alone, but Amami-Oshima was part of the battle site,” he said.

Machi said the town has long wanted to survey the area. He was introduced to Windy Network, the marine research firm, through a professor friend. In April 2015, they received a survey estimate from the firm, but the cost was too high.

The firm contacted him later and said it would do the survey free as one of 10 volunteer public-service projects it does for Japan every year.

Windy Network didn’t know about the plane until researchers visited the island in August. They stayed at a guest house owned by Sakoda, who told them about the wrecked aircraft he had seen at the bottom of the sea 30 years earlier. Not long after, they took grainy sonar images.

“From the shape and appearance, it is almost certainly that of U.S. military,” said Kenichi Sugimoto, Windy Network’s president, during a recent telephone interview from his office in Shizuoka. “I assume it was one of those that flew out of Okinawa, which was already under the control of the military during the last stage of the war. From the shape, it is not a carrier-based plane. I assume it belonged to the Army and it departed from an airfield on Okinawa.”

According to a book by Toshio Shimao, former chief of a unit of Shinyo, or human torpedoes, at Amami-Oshima, there were 64 U.S. fighters shot down by the Oshima Garrison – 30 of which have yet to be found, Sugimoto said.

“When I saw the plane that was sitting on the seabed, it strongly convinced me that there are no winners or losers in war,” he said. “War is between nations, but for each individual who fights, all that is left is tragedy – tragedy for him or her and for their families.”