Pitt to star as Gen. McChrystal in Afghanistan war flick 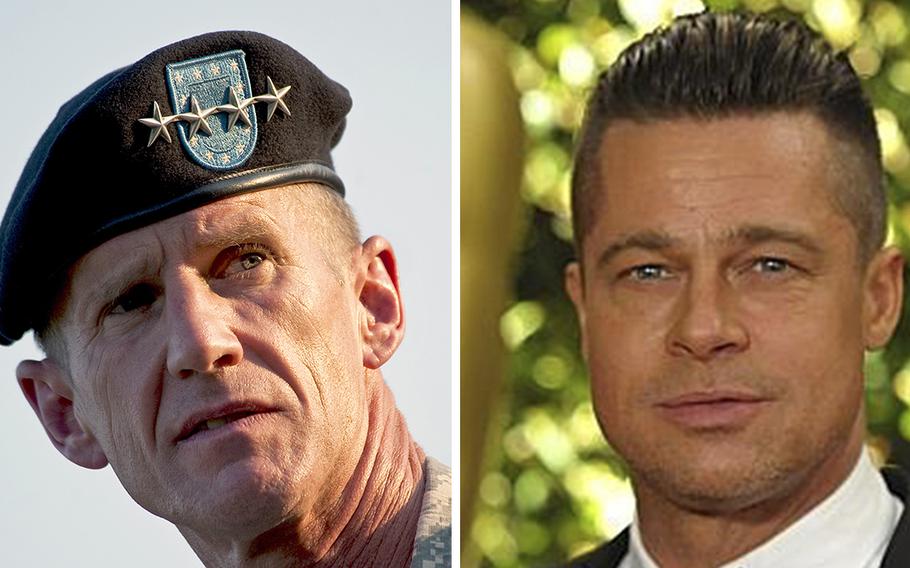 WASHINGTON — Hollywood is going to war again, and this time, Brad Pitt is in charge.

Pitt will star as Gen. Stanley McChrystal, the former commander of all Western forces in Afghanistan, in a film adaptation of “The Operators,” the book that chronicles the rise and fall of McChrystal, and according to its cover, the “wild and terrifying inside story of America’s war in Afghanistan.”

Pitt is no stranger to the war film genre; he has starred in Quentin Tarantino’s “Inglorious Basterds,” and this year will star in “Fury” as “a battle-hardened Army sergeant named Wardaddy” who commands a Sherman tank and her crew behind enemy lines in Nazi Germany.

And of course Fight Club, but no one talks about that.

McChrystal, the blunt-speaking Special Forces operator, took command in the summer of 2009 and soon after recommended a troop surge to turn the tide against a resurgent Taliban. But in 2010, freelance writer Michael Hastings penned a Rolling Stone magazine article called “The Runaway General,” in which McChrystal and his staff mocked Vice President Joe Biden and several other senior civilian government officials. McChrystal tendered his resignation before the leaked article was published.

Hastings also wrote “The Operators.” He was killed in a single-car accident in Los Angeles in 2013.