Pilots stable after crash at Sheppard Air Force Base in Texas 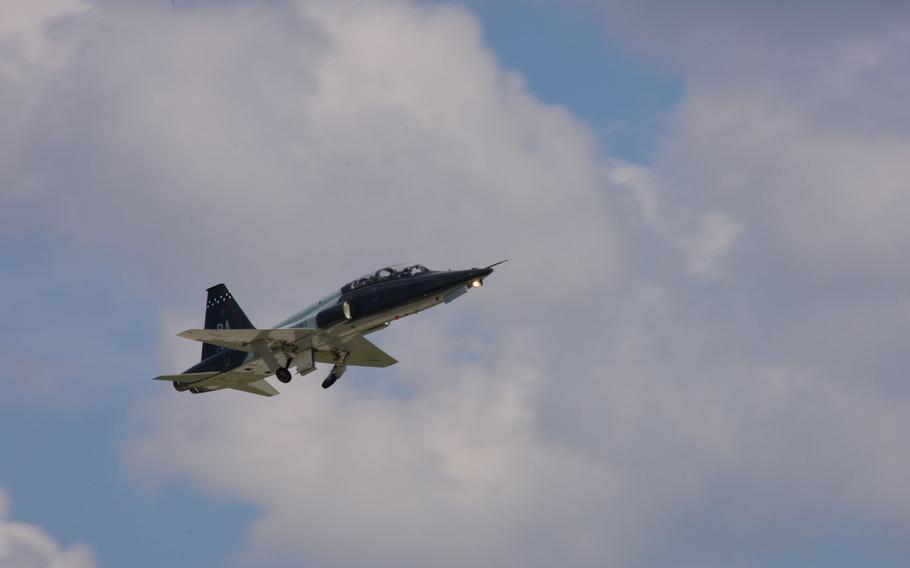 AUSTIN, Texas — Two pilots at Sheppard Air Force Base are in stable condition Tuesday after ejecting from a T-38C Talon aircraft that crashed shortly after takeoff, officials at the base confirmed.

Officials identified the pilots as Maj. Christian C. Hartmann of the Luftwaffe, the German air force, and 1st Lt. Charles T. Walet of the U.S. Air Force, assigned to Vance Air Force Base in Enid, Oklahoma, and on temporary duty at Sheppard.

The aircraft was assigned to the 80th Flying Training Wing and departed the runway at about 10:13 a.m., according to a news release. Emergency crews responded to the scene immediately to provide medical support to the aircrew and extinguish a small fire in and around the aircraft. The scene was declared safe for recovery operations at about 12:45 p.m.

“We are grateful both aircrew members are safe, and for the outstanding response from our fire, security and medical personnel,” said Col. Lendy Renegar, 80th Flying Training Wing vice commander. “We also greatly appreciate the many expressions of support from leaders and members in our local community.”

Sheppard Air Force Base is located near Wichita Falls, Texas and is home to the Air Force’s largest technical training wing and the world’s only internationally manned and managed flying training program. Sheppard trains pilots and maintainers as well as specialists in propulsion, avionics maintenance, flight equipment, fuels, munitions and aerospace ground equipment needed to keep planes in the air. The base also trains civil engineers, plumbers, telecommunications specialists and electricians needed to keep bases operating.

Sheppard’s T-38 fleet completed a $185 million upgrade to new MK US 16T ejection seats in 2013. The “zero/zero” seats allow the aircrew to eject from zero-feet altitude at zero velocity, according to the news release. An investigation of the crash is underway. The Air Force said the service will not speculate on possible causes until that investigation is complete.

Last month, a T-38C Talon crashed outside of Vance Air Force Base in Oklahoma. In that accident, the pilot also ejected from the aircraft and survived.