Pilots’ mission: Staying away from the enemy 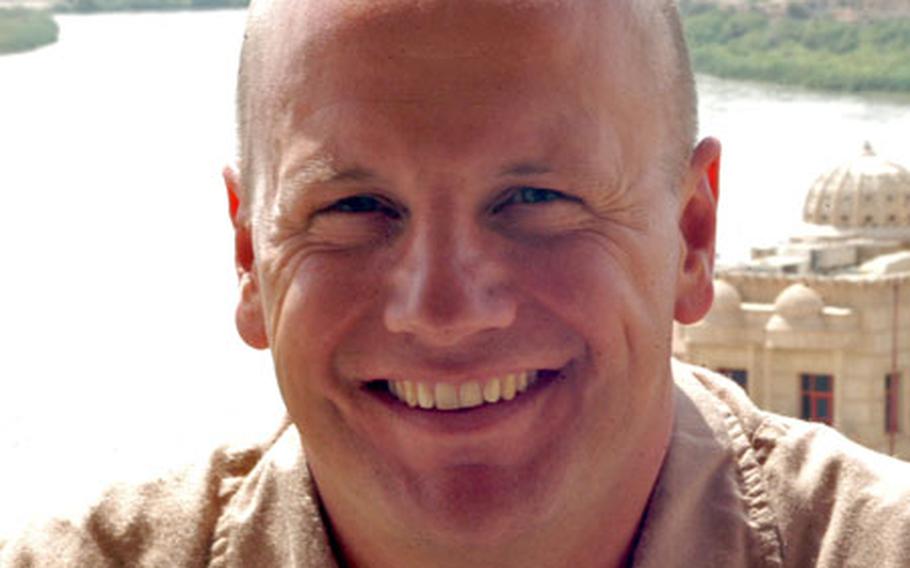 TIKRIT, Iraq &#8212; The prestige of flying a commanding general around in a war zone is tempered by the pressure of knowing he&#8217;s a high-value target.

Hamm, 38, may not be looking for the enemy, but the enemy is sure looking for a big score. On May 19, insurgents came close to knocking out the division&#8217;s senior enlisted soldier, Command Sgt. Major Richard Fearnside, when a roadside bomb exploded about 20 feet behind his vehicle.

Helicopter pilots who fly high-ranking U.S. officials &#8212; military as well as civilian &#8212; keep abreast of the latest tactics and tendencies of anti-coalition forces. They review intelligence reports, compare notes, and tweak their routes and tactics. Whether to fly low or high is one example of a tactical decision, but others he mentioned are too sensitive to note, given the stakes.

Hamm, of Odessa, Del., serves as the instructor pilot for the 13-member flight detachment. While he has flown Taluto on numerous occasions, he&#8217;s not the general&#8217;s primary pilot. A chief warrant officer, who preferred to remain anonymous for security reasons, fills that job.

In his civilian life, Hamm is a helicopter pilot for the Delaware State Police. He served on active-duty for 10 years before joining the 1st Battalion, 150th Aviation Regiment. While in the regular Army, he participated in Operation Uphold Democracy in Haiti and was a member of an aviation assault battalion in South Korea.

Before he left for Iraq, Hamm spoke to his daughter, Alexis, now 3, and told her he had to leave for a while. She wanted to accompany her daddy, but, like he does with the general, he let her down gently.