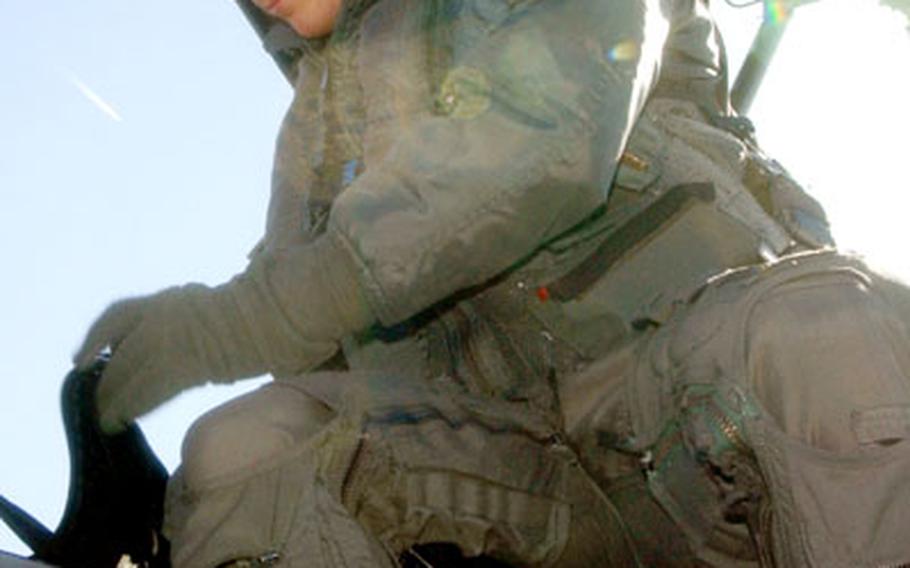 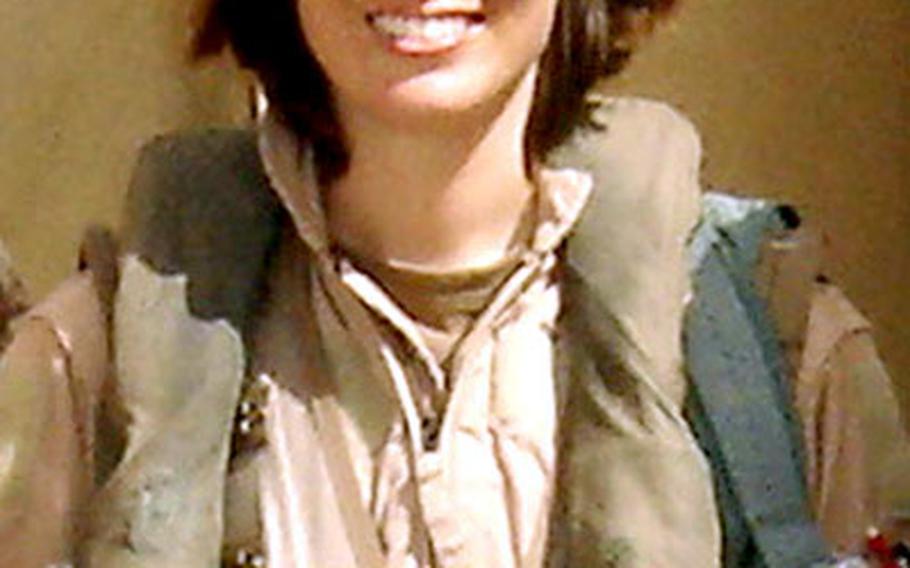 KAISERSLAUTERN, Germany &#8212; Capt. Nicole Malachowski, an F-15C/E pilot from RAF Lakenheath, England, is the first female pilot to be named to the Air Force Thunderbirds.

She is one of two pilots in U.S. Air Forces in Europe to make the elite aerial demonstration team, which was announced Thursday. She will be joined by Capt. Tad Clark, an F-16CJ pilot from Spangdahlem Air Base, Germany.

Malachowski, a member of the 48th Fighter Wing&#8217;s 494th Fighter Squadron, is the first female named to the team is its 52-year history.

Her commander, Col. Dan DeBree, said the Air Force couldn&#8217;t have picked a better pilot or person to become the No. 3 right wing position.

Malachowski, who goes by the call sign &#8220;Fifi,&#8221; recently wrapped up a 90-day deployment to the Middle East in support of Operation Iraqi Freedom. She was vacationing in the Baltic Sea with her husband, who is also an Air Force pilot, when the team named its newest members.

She could not be reached for comment, but was quoted in an Air Force news release as saying, &#8220;Women have been an integral part of the Thunderbirds team for decades. The women of yesterday and today&#8217;s Air Force maintain a tradition of excellence, and it is that heritage that has given me this exciting responsibility of being the first female Thunderbird pilot.&#8221;

Clark, 32, who is assigned to the 52nd Fighter Wing&#8217;s 52nd Operations Support Squadron, said he has wanted to join the team since childhood. He will serve as the team&#8217;s advance pilot and air demonstration coordinator. He also will be the voice of the Thunderbirds during air shows as the narrator.

The Thunderbirds and the Navy&#8217;s flight demo team, the Blue Angels, delight tens of thousands of people at air shows across the globe annually. The Air Force demo team calls Nellis Air Force Base, Nev., home and is comprised of eight fighter pilots.

Clark grew up in Seattle without his father but would later follow in his footsteps to become a fighter pilot. Navy Lt. j.g. Robert Clark, an A-6 Intruder bombardier-navigator, was declared missing in action on Jan. 10, 1973, after a mission in Vietnam. Two years ago, his remains were identified through DNA testing and buried at Arlington Cemetery 31 years to the day he went missing.

Many of his father&#8217;s friends from the war have kept in touch with Clark and have followed his career.

He said he believes divine intervention played a role in his selection to the Thunderbirds and the fact that he will be reuniting with Malachowski and Capt. Ed Casey, a member of the 56th Training Squadron at Luke Air Force, Ariz., who also made the team. He went to the Air Force Academy with both Malachowski and Casey.