Pilot error may have caused Japanese fighter to crash in Sea of Japan, officials say 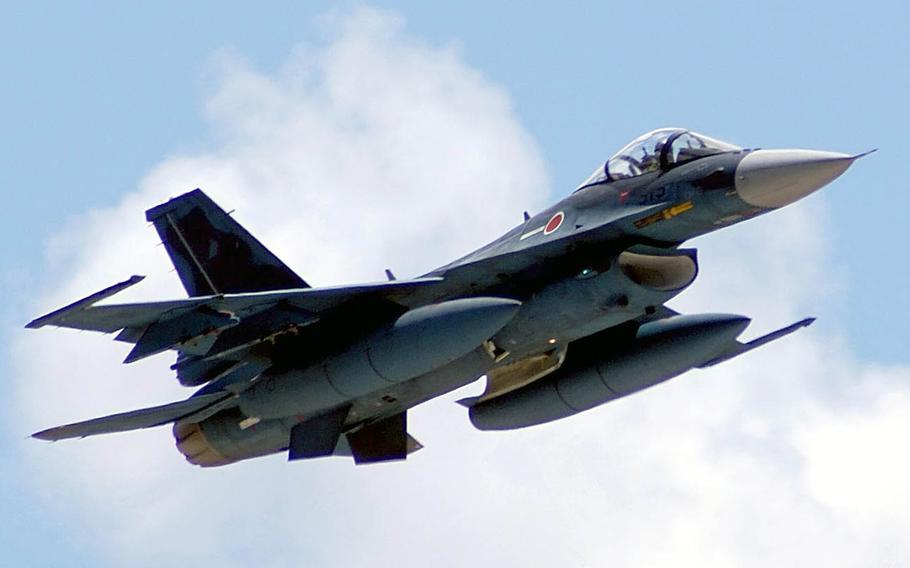 An F-2 fighter from the Japan Air Self-Defense Force takes off at Andersen Air Force Base during a past Cope North drill near Guam. (Ashleigh Bryant/U.S. Air Force)

TOKYO — Pilot error may have been the cause of a Japan Air Self-Defense Force F-2B fighter crash in the Sea of Japan near Yamaguchi prefecture last week.

The fighter lost speed during a combat exercise, and the pilot was unable to maneuver the jet as it climbed sharply to avoid being tracked by another fighter, according to a JASDF news release issued Wednesday.

An instructor pilot in the rear seat tried unsuccessfully to regain control of the jet, which is a variant of the U.S. F-16. The fighter lost altitude and the pilots ejected the F-2B when it reached the minimum safe altitude for an emergency escape, according to the JASDF statement.

Both pilots — a first lieutenant training for a flight qualification and a captain instructor — were rescued from the sea almost two hours after departing Tsuiki Air Base at 8:48 a.m. Feb. 20.

Nothing indicated a problem with the aircraft before it lost manueverability, the release stated.

The crew issued an SOS call 30 minutes into the flight; two minutes later, the jet disappeared from controllers’ radar screens at a point 80 miles northeast of the base. The pilots were conscious when rescued.

JASDF grounded all flights temporarily soon after the incident but the F-2 remained grounded, except for emergencies, the JASDF said.

Some F-2s resumed operations Thursday after safety checks and trainings are conducted, the release stated.